What took place between May 2021 and May 2022 is nothing less than a paradigm shift in Palestinian resistance. Thanks to the popular and inclusive nature of Palestinian mobilization against the Israeli occupation, resistance in Palestine is no longer an ideological, political or regional preference.

In the period between the signing of the Oslo Accords in 1993 and only a few years ago, Palestinian muqawama – or resistance –  was constantly put in the dock, often criticized and condemned, as if an oppressed nation had a moral responsibility in selecting the type of resistance to suit the needs and interests of its oppressors.

As such, Palestinian resistance became a political and ideological litmus test. The Palestinian Authority of Yasser Arafat and, later, Mahmoud Abbas, called for ‘popular resistance’, but it seems that it neither understood what the strategy actually meant, and certainly was not prepared to act upon such a call.

Palestinian armed resistance was removed entirely from its own historical context; in fact, the context of all liberation movements throughout history, and was turned into a straw man, set up by Israel and its western allies to condemn Palestinian ‘terrorism’ and to present Israel as a victim facing an existential threat.

With the lack of a centralized Palestinian definition of resistance, even pro-Palestine civil society groups and organizations demarcated their relationship to the Palestinian struggle based on embracing certain forms of Palestinian resistance and condemning others.

The argument that only oppressed nations should have the right to choose the type of resistance that could speed up their salvation and freedom fell on deaf ears.

The truth is that Palestinian resistance preceded the official establishment of Israel in 1948. Palestinians and Arabs who resisted British and Zionist colonialism used many methods of resistance that they perceived to be strategic and sustainable. There was no relationship whatsoever between the type of resistance and the religious, political or ideological identity of those who resisted.

This paradigm prevailed for many years, starting with the Fidayeen Movement following the Nakba, the popular resistance to the brief Israeli occupation of Gaza in 1956, and the decades-long occupation and siege starting in 1967. The same reality was expressed in Palestinian resistance in historic Palestine throughout the decades; armed resistance ebbed and flowed, but popular resistance remained intact. The two phenomena were always intrinsically linked, as the former was also sustained by the latter.

The Fatah Movement, which dominates today’s Palestinian Authority, was formed in 1959 to model liberation movements in Vietnam and Algeria. Regarding its connection to the Algerian struggle, the Fatah manifesto read: “The guerrilla war in Algeria, launched five years before the creation of Fatah, has a profound influence on us. […] They symbolize the success we dreamed of.”

This sentiment was championed by most modern Palestinian movements as it proved to be a successful strategy for most southern liberation movements. In the case of Vietnam, the resistance to US occupation carried out even during political talks in Paris. The underground resistance in South Africa remained vigilant until it became clear that the country’s apartheid regime was in the process of being dismantled.

Palestinian disunity, however, which was a direct result of the Oslo Accords, made a unified Palestinian position on resistance untenable. The very idea of resistance itself became subject to the political whims and interests of factions. When, in July 2013, PA President Abbas condemned armed resistance, he was trying to score political points with his western supporters, and further sow the seeds of division among his people.

The truth is that Hamas neither invented nor has ownership of, armed resistance. In June 2021, a poll, conducted by the Palestinian Center for Policy and Survey Research (PSR), revealed that 60% of Palestinians support “a return to armed confrontations and Intifada.” By stating so, Palestinians were not necessarily declaring allegiance to Hamas. Armed resistance, though in a different style and capacity also exists in the West Bank, and is largely championed by Fatah’s own Al-Aqsa Martyrs Brigades. The recent Israeli attacks on the town of Jenin, in the northern West Bank, were not aimed at eliminating Hamas, Islamic Jihad or socialist fighters, but Fatah’s own.

Skewed media coverage and misrepresentation of the resistance, often by Palestinian factions themselves, turned the very idea of resistance into a political and factional scuffle, forcing everyone involved to take a position on the issue. The discourse on the resistance, however,  began changing in the last year.

The May 2021 rebellion and the Israeli war on Gaza – known among Palestinians as the Unity Intifada – served as a paradigm shift. The language became unified; self-serving political references quickly dissipated; collective frames of reference began replacing provisional, regional and factional ones; occupied Jerusalem and Al-Aqsa Mosque emerged as the unifying symbols of resistance; a new generation began to emerge and quickly began to develop new platforms.

On May 29, the Israeli government insisted on allowing the so-called ‘Flag March’ – a mass rally by Israeli Jewish extremists that celebrate the capture of the Palestinian city of al-Quds – to once more pass through Palestinian neighborhoods of occupied East Jerusalem. This was the very occasion that instigated the violence of the previous year. Aware of the impending violence which often results from such provocations, Israel wanted to impose the timing and determine the nature of the violence. It failed. Gaza didn’t fire rockets. Instead, tens of thousands of Palestinians mobilized throughout occupied Palestine, thus allowing popular mobilization and coordination between numerous communities to grow. Palestinians proved able to coordinate their responsibility, despite the numerous obstacles, hardships and logistical difficulties.

The events of the last year are a testament that Palestinians are finally freeing their resistance from factional interests. The most recent confrontations show that Palestinians are even harnessing resistance as a  strategic objective. Muqawama in Palestine is no longer ‘symbolic’ or supposedly ‘random’ violence that reflects ‘desperation’ and lack of political horizon. It is becoming more defined, mature and well-coordinated.

This phenomenon must be extremely worrying to Israel, as the coming months and years could prove critical in changing the nature of the confrontation between Palestinians and their occupiers. Considering that the new resistance is centered around homegrown, grassroots, community-oriented movements, it has far greater chances of success than previous attempts. It is much easier for Israel to assassinate a fighter than to uproot the values of resistance from the heart of a community.

Dr. Ramzy Baroud is a journalist and the Editor of The Palestine Chronicle. He is the author of six books. His latest book, co-edited with Ilan Pappé, is “Our Vision for Liberation: Engaged Palestinian Leaders and Intellectuals Speak out”. Baroud is a Non-resident Senior Research Fellow at the Center for Islam and Global Affairs (CIGA). His website is www.ramzybaroud.net

Hydrogel Biosensor: Implantable Nanotech to be Used in COVID Vaccines? 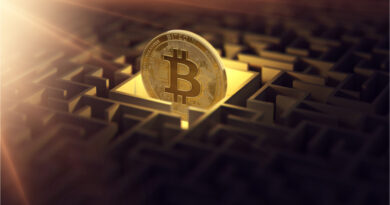 Joe Rogan Says Bitcoin Is ‘Freaking Out’ Government, the Latest on Inflation, and More — Bitcoin.com News Week in Review