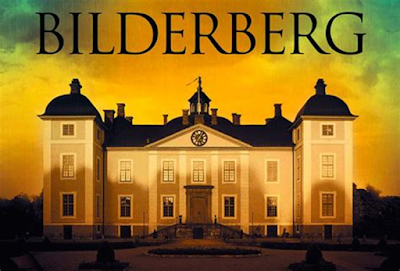 Please allow me to ask you a question; and no, I am not being snide or inauthentic, but I am looking for an idea of just how well we are being viewed by the world’s elites.  Nasty answers are expected, and it is likely that they would all be correct.  What are the world’s elites?  Directly related to that question would be to what extent are the world’s elites in agreement, or how far would they go to create that agreement?  Who comprises the “world’s” elites, and would that include the whole world or just a few areas?  I do not believe I can answer those questions properly, but I can give a few hints that may get us in the ballpark.

This past Sunday was the end of the 2022 Bilderberg meetings at the Mandarin Oriental Hotel in Washington, scheduled to take place from June 2nd to the 5th.   It appears they began Thursday evening for some of them, although the Friday sessions appear to have been the first full compliment attended meetings according to those outside reporting on it.  There are a variety of reasons why this year’s meetings are very important and to understand why, let’s first look a bit at their history and makeup.

On the official website of the Bilderberg Meetings they say very little and that it “is a three-day forum for informal discussions, designed to foster dialogue between Europe and North America.”  Ok, so much for being worldwide if we were to assume the Bilderberg’s are the World’s Elites, assuming they are telling us the whole truth.  “The first Meeting took place in Hotel De Bilderberg in Oosterbeek, The Netherlands, from 29 to 31 May 1954” which tells us it isn’t really that old, but it is based on associations and linkages that are ancient.  They list their topics of discussion for this year’s meetings as including realignments of Geopolitical and Indo-Pacific, China, Russia, Ukraine, NATO, Disinformation, and a somewhat puzzling combination of the Disruption of the Global Financial System along with topic of Continuity of Government and the Economy.  Please remember that the information given is from their own website and the official Press Release and that it must be considered with a great deal of skepticism.  This page has an official list of this year’s participants, but that does not limit who may actually be there, they may be hiding some very important guests for their own secret reasons.

Now perhaps we should tell another viewpoint taken from other than official propaganda sources.  Many of the sources I read through quote from an older InfoWars article from June 2015 that is not now on the web except in archived form.  It appears that the Nazi efforts of WWII to unite the European nations and hopefully the rest of the world failed and so one of the key founders of the BG (Bilderberg Group) was Prince Bernhard of the Netherlands who also served as the Chairman until 1976.  An archived article from the Telegraph in 2010 said “”Bernhard, a secret history” has revealed that the prince was a member of the German Nazi party until 1934, three years before he married Princess Juliana, the future queen of the Netherlands.”  He has always denied this, but the papers exist proving it correct showing the “prince, a former officer in the SS, had worked in IG Farben’s notorious NW7 group, which served as spies for the Third Reich.  Bernhard belonged to the Dutch branch of the Knights Templar.  In 1954, he was appointed to govern the Dutch order. .  “As the Nazis invaded Holland in 1940, the young prince consort, then aged 28, organized a group of palace guards that engaged in combat with German forces” and held the honorary title of “Wing Commander Gibbs” of the RAF and is the father of Queen Beatrix of the Netherlands.

The links with the BG and the Nazis is deep, including one of the original founders being John Foster Dulles, the brother of Allen Dulles who was responsible for Operation Paperclip bypassing both the Law and Presidential directives forbidding it that brought so many Nazi scientists and others into the US from post war Germany.  One could call Henry Kissinger the Godfather of the BG and Kissinger is deep into a variety of very shady schemes including being “the contact man for a secret spy network made up of old Nazis and elite aristocrats aimed at torpedoing the plans formulated by Chancellor Willy Brandt.”  Alex Jones said they are still at the heart of Nazi movement today, and I tend to agree.  Just like the Nazi’s they believe in heavily socialized and centralize national governments, very strict gun control, and government control of education.  They are deeply committed to eugenics, population control, One World Government and perhaps the most telling feature proving their Satanic evil, the elimination of religion, especially Christianity.  No wonder they are so damned secretive. 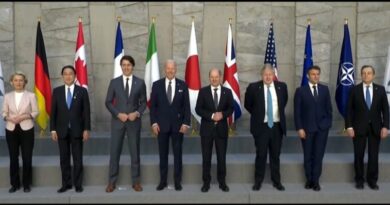 Western Economic Inflation is a Feature, Not a Flaw, Currently Hidden Behind the Purposefully Useful Sanctions Against Russia

Something Rotten in Uvalde, Texas