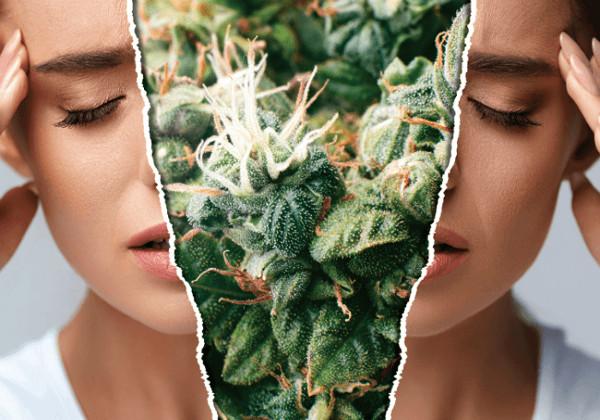 While many people use cannabis to treat migraines and headaches, very little research has been done on its effectiveness. A team out of Washington State University (WSU) used data from thousands of cannabis users to determine how much it can reduce pain from migraines and headaches. Their study was published online in the Journal of Pain in November 2019. (1)

Cannabis for Migraines and Headaches

“We were motivated to do this study because a substantial number of people say they use cannabis for headache and migraine, but surprisingly few studies had addressed the topic,” Carrier Cuttler, Ph.D. reports Science Daily. Cutler is an assistant professor at WSU and the lead author on the paper. (1)

The WSU study pulled archival data from StrainprintTM, which is an app that lets patients track their symptoms before and after using medical cannabis. StrainprintTM also records the strain and dose of cannabis they use. (2)

“We wanted to approach this in an ecologically valid way, which is to look at actual patients using whole-plant cannabis to medicate in their own homes and environments,” Cuttler said. “These are also very big data, so we can more appropriately and accurately generalize to the greater population of patients using cannabis to manage these conditions.” (1)

The data, analyzed by latent change score models and multilevel models, revealed that inhaling cannabis reduces the severity of headache and migraine pain by approximately 50%. However, researchers noticed that its effectiveness seemed to decrease over time. Patients also used larger doses over time, suggesting that they developed a tolerance. But researchers didn’t observe the “overuse headache” that patients often experience when using conventional treatments long-term. (1, 2)

The data did not reveal significant differences in pain reduction between cannabis strains with higher or lower levels of CBD or THC. Cannabis includes many other cannabinoids, terpenes, and flavonoids. It is likely that some of these other components are involved in headache and migraine reduction. (2)

Further research is needed to study the effectiveness of cannabis in reducing headache and migraine pain. Cuttler acknowledges that those using StrainprintTM likely already believe that cannabis will effectively ease their symptoms, and a placebo control group is needed. (1)

“I suspect there are some slight overestimates of effectiveness,” said Cuttler. “My hope is that this research will motivate researchers to take on the difficult work of conducting placebo-controlled trials. In the meantime, this at least gives medical cannabis patients and their doctors a little more information about what they might expect from using cannabis to manage these conditions.” (1) 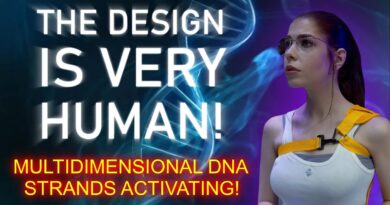 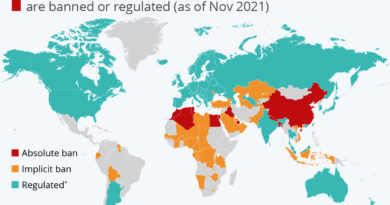 Where The World Regulates Cryptocurrency