Yet again, we are embedded in that “ ‘inflation-hawking’ CBs driving a higher rates trade that then is leading to increased recession fears, knocking-on into weaker risk-assets” cycle.

Critically though, we are seeing “rest of world” CB’s now take the baton from the FOMC as drivers of rate vol and hawkish volatility, with a recent spasm of global coordinated hiking and inflation focused rhetoric.

Worth noting however that there are some of the view that this simply means “peak hawkish moment” globally is realizing as we speak, and we see clusters of monetization in European STIRS / Bond downside options trades overnight.

And some in the Equities space HAVE been increasingly emboldened of late in that aforementioned perception of “peak inflation / peak hawkishness” trade now beginning to fade (freight rates crashing, import demand too, and inventory recession all indicating “the turn”), stating that with CPI event-risk clearing that the CPI release becomes a “buy the news” trade in almost any scenario, barring of course a blowout upside surprise today that sees USTs come totally unglued.

All things considered, US Stocks have traded impressively, despite Crude re-testing highs and the Bond selloff reacclerating near prior extremes—but are in a tricky spot after yesterday’s hilarious sudden “hot CPI” whisper (as a reminder, Nomura has been above consensus into this print for a long time), with ES1 currently being supported by the SPX / SPY 4000 Strike Put Wall below providing support for now, where surprisingly, nearly 24% of the Gamma at that strike is set to expiry today and could open us to big movement even before the upcoming Qtrly Op-Ex next week.

And yes, into today and next week’s Serial / Qtrly Op-Ex, there is still a lot of legacy downside hedges which could get burned-up on a weaker “downside surprise” CPI print today and kick-off another painful “Negative Delta” squeeze as hedges are taken-off and Dealer shorts in futs are covered.

Precariously however, the nosedive in yesterday’s afternoon Equities trade pushed us back into “Short Gamma” territory for Dealers across major US index / ETF Options, and shorter-dated Vols “bid” with hedges being added—hence a fresh blast of “Negative Delta” added (-$17B in SPX / SPY on the day, -$2.4B in QQQ, -$1.0B in IWM)…where obviously a “hot inflation” print could drive another panicky (at least initial) selloff which would then be fed into by Dealer hedging needing to sell a break lower. 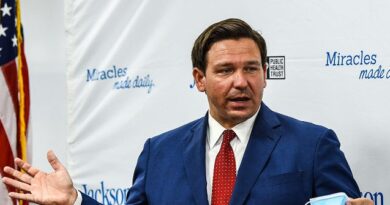 Ron DeSantis: We Are ‘Very Happy’ to Have Judicial Relief for the ‘Unscientific Mask Mandate’

FDA moves to kill off homeopathy 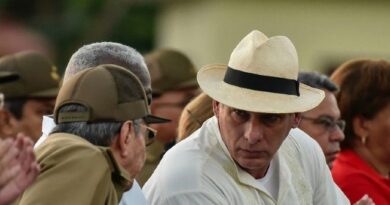