The fixation with Ukraine essentially is but a gloss pasted over the realities of a global order in decomposition.

The First World War signalled the end to a mercantilist order that had evolved under the aegis of European powers. One hundred years later, a very different economic order was in place (neoliberal cosmopolitanism). Believed by its architects to be universal and everlasting, globalisation transfixed the world for an extended moment, but then started the subsidence from its zenith – precisely at the moment the West was giving vent to its triumphalism at the fall of the Berlin Wall. NATO – as the order’s regulatory system – addressed its attendant ‘identity crisis’ by pushing for eastward expansion toward Russia’s western borders, disregarding the guarantees it had given, and Moscow’s virulent objections.

This radical alienation of Russia triggered its pivot to China. Europe and the U.S. however, declined to consider issues of due ‘balance’ within global structures, and simply glossed over the realities of a world order in momentous metamorphosis: with the steady decline of the U.S. already apparent; with a European faux ‘unity’ that masked its own inherent imbalances; and in the context of a hyper-financialised economic structure which lethally sucked out the juice from the real economy.

The present war in Ukraine therefore simply is an adjunct – the accelerant to this existing process of ‘liberal order’ decomposition. It is not its centre. Fundamentally geo-strategic in their origin, the explosive dynamics to today’s disintegration can be seen as blowback from the mismatch from diverse peoples’ looking now to solutions tailored to suit their non-western civilisations, and from the western insistence on its ‘one size fits all’ Order. Ukraine thus is a symptom, but is not per se, the deeper disorder itself.

Tom Luongo has remarked – in connection with the ‘messy’, confusing events of today – that that which he fears most, is so many people analysing the intersection of geopolitics, markets and ideology, and doing so with such striking complacency. “There is a stunning amount of normalcy bias in the punditocracy, too much ‘cooler heads will prevail’ and not enough ‘everyone’s got a plan until they’re punched in the mouth’”.

What Luongo’s retort doesn’t fully explain is the shrillness, the outrage, with which any doubting of the accredited ‘punditocracy’ of the moment is met. Plainly, there is a deeper fear stalking the lower depths of western psyche that is not being made fully explicit.

Wolfgang Münchau, formerly at the Financial Times, now authoring EuroIntelligence, describes how such a canonised Zeitgeist implicitly has imprisoned Europe in a cage of adverse dynamics which threaten its economy, its autonomy, its globalism and its being.

Münchau relates how both the pandemic and Ukraine had taught him that it was one thing to proclaim an interconnected globalism ‘as cliché’, but “It is quite another to observe what actually happens on the ground when those connections get torn apart … Western sanctions were based on a formally correct, but misleading premise – one that I believed myself – at least up to a point: That Russia is more dependent on us than we are on Russia … Russia however is a provider of primary and secondary commodities, on which the world has become dependent. But when the largest exporter of those commodities disappears, the rest of the world experiences physical shortages and rising prices”. He continues:

“Did we think this through? Did the foreign ministries that drew up the sanctions discuss at any point what we would do if Russia were to blockade the Black Sea and not allow Ukrainian wheat to leave the ports?… Or, did we think we can adequately address a global starvation crisis by pointing the finger at Putin”?

“The lockdown taught us a lot about our vulnerability to supply chain shocks. It has reminded Europeans that there have only two routes to ship goods en masse to Asia and back: either by container, or by rail through Russia. We had no plan for a pandemic, no plan for a war, and no plan for when both are happening at the same time. The containers are stuck in Shanghai. The railways closed because of the war …

“I am not sure the west is ready to confront the consequences of its actions: persistent inflation, reduced industrial output, lower growth, and higher unemployment. To me, economic sanctions look like the last hurrah of a dysfunctional concept known as The West. The Ukraine war is a catalyst of massive de-globalisation”.

Münchau’s response is that unless we cut a deal with Putin, with the removal of sanctions as a component, he sees “a danger of the world becoming subject to two trading blocs: the west and the rest. Supply chains will be reorganised to stay within them. Russia’s energy, wheat, metals, and rare earths will still be consumed, but not here – We [just] keep with the Big Macs”.

So again, ‘one’ searches for an answer: Why are the Euro-élites so shrill, so passionate in their support for Ukraine? And risk heart-attack from the sheer vehemence of their hatred for Putin? After all, most Europeans and Americans until this year knew next-to-nought about Ukraine.

We know the answer: the deeper fear is that all the landmarks to liberal life – for reasons they do not understand – are about to be forever swept away. And that Putin is doing it. How will ‘we’ navigate life, bereft of landmarks? What will become of us? We thought the liberal way-of-being was ineluctable. Another value-system? Impossible!

So, for Europeans, the endgame in Ukraine crucially must reaffirm European self-identity (even at the cost of its citizens’ economic well-being). Such wars historically, mostly have ended with a dirty diplomatic settlement. That ‘end’ probably would be enough for the EU leadership to spin a ‘win’.

And there was a big EU diplomatic drive to persuade Putin to do a deal, only last week.

But (paraphrasing and elaborating Münchau), it is one thing to proclaim the desirability of a negotiated ceasefire ‘as cliché’. “It is quite another to observe what actually happens on the ground when blood is being spilled to put facts on the ground …”. 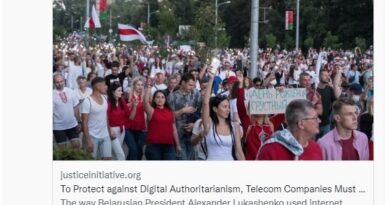 Creepy George Soros is Predicting Internet Blackouts – What Does He Know that We Don’t? 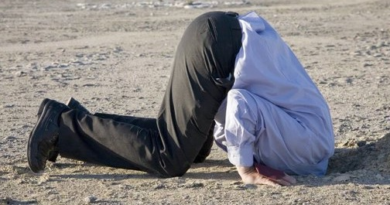