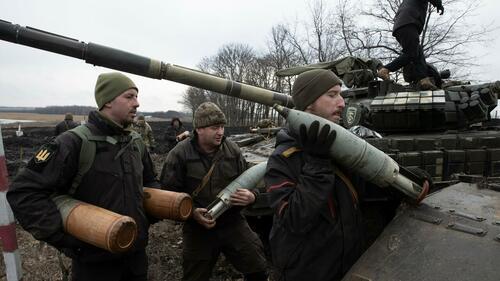 Ukraine’s government has thus far kept its military death toll a tightly guarded secret, now four months into the conflict, even as heavy international scrutiny has focused on Russian losses amid prior widespread speculation and assertions that Russia was “losing”.

However, there’s been a noticeable shift in Western media and among the national security pundit class over the past weeks as Russian forces begin to solidify hold over nearly all the Donbas, and as the final Luhansk holdout city of Severodonetsk’s fall looks imminent.

With this backdrop, Mykhaylo Podolyak – a senior advisor to Ukrainian President Volodymyr Zelensky – admitted Thursday that Ukraine is losing between 100 and 200 troops per day amid the Russian onslaught. The figure is significantly revised upward compared to President Zelensky only last week offering a loss estimate of between 60 and 100 troops each day.

After seeking to hide or downplay information which could give the appearance of sever Ukrainian losses and battlefield setbacks, it seems taking daily average casualties public is geared toward getting more arms from the West.

“The Russian forces have thrown pretty much everything non-nuclear at the front and that includes heavy artillery, multiple rocket launch systems and aviation,” Podolyak told BBC, and further:

He repeated Ukraine’s appeal for more weapons from the West, saying that the “complete lack of parity” between the Russian and Ukrainian armies was the reason for Ukraine’s heavy casualty rate.

“Our demands for artillery are not just some kind of whim… but an objective need when it comes to the situation on the battlefield,” he said. He specified that Ukraine’s military needs 150 to 300 rocket launch systems to match Russia, which is far and above what the West has supplied thus far.

At the same time, Podolyak said that his government’s position is that peace talks with Russian representatives are not possible until the Kremlin gives back territory it’s seized since the Feb.24 invasion began.

Separately, but right on message, Ukraine’s deputy head of military intelligence has said Ukraine is “losing against Russia on the frontlines and is now almost solely reliant on weapons from the west to keep Russia at bay,” as cited in The Guardian.

“This is an artillery war now,” said deputy head of military intelligence Vadym Skibitsky. He said in terms of ongoing frontline fighting which he dubbed “where the future would be decided,” the reality is “we are losing in terms of artillery.”

.@MoonofA on why they’re putting on this ridiculous “We have no idea what’s happening in our own proxy war” charade:https://t.co/Xrv6YHNc7H pic.twitter.com/wdnOmbTkpF

“Everything now depends on what [the west] gives us,” he told The Guardian. “Ukraine has one artillery piece to 10 to 15 Russian artillery pieces. Our western partners have given us about 10% of what they have.” In appealing for Kiev’s Western backers to send more, particularly the United States, even after billions spent on military aid, he stressed that the military is fast running out of munitions:

“We have almost used up all of our [artillery] ammunition and are now using 155-calibre Nato standard shells,” he said of the ammunition that is fired from artillery pieces.

“Europe is also delivering lower-calibre shells but as Europe runs out, the amount is getting smaller.”

“If they succeed in the Donbas, they could use these territories to launch another attack on Odesa, [the city of] Zaporizhzhia [and] Dnipro,” said Skibitsky of still Ukrainian controlled cities but which remain in striking distance of Russian-occupied areas.. “Their aim is the whole of Ukraine and more.”

He said further that Russia’s weapons supplies can far outlast what Ukraine currently has – up to at least a year before Russia would have to manufacture more or else mobilize the population to ramp up production, according to his description of the situation to The Guardian. But given these admissions, and that the reality now slowly dawning on the West that Russia’s military won’t be able to be dislodged from the east, but with Kiev still resistant to the idea of a negotiated settlement, what’s the endgame here?

Turkey Builds Up Troops In Northern Cyprus, Rages At “Inexplicable” US Decision 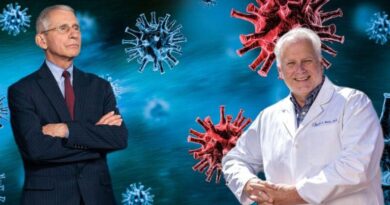 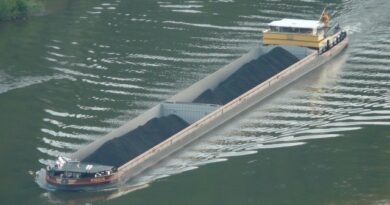