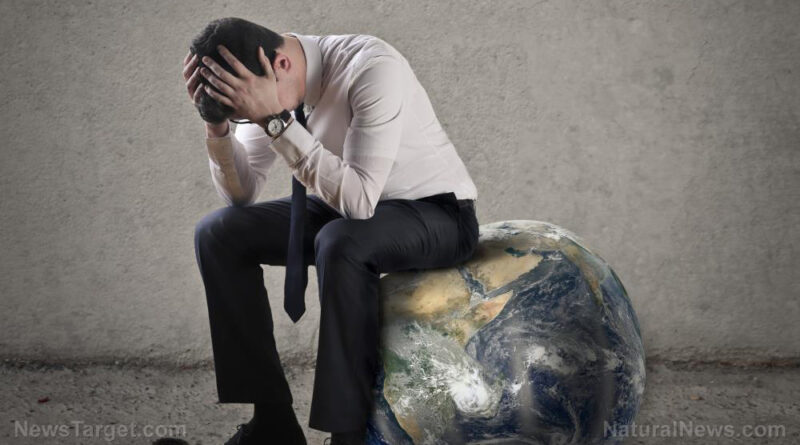 (Natural News) Renowned author and former presidential campaign advisor Naomi Wolf slammed “world leaders” for the comprehensive plan of global takeover which has been in the works for many decades and is now in the final implementation.

She said in an interview on Dr. Joseph Mercola’s “Take Control of Your Health” podcast that there are 10 steps fascism will take to crush democracy. “We are now in step 10 and traitors are dissolving the boundaries and sovereignty of the United States. The same is also taking place in other nations,” she revealed.

Wolf, a professor, columnist and Yale University graduate with a doctorate degree from the University of Oxford, wrote “The End of America,” published in 2007 that seemed to forecast current pandemic events.

The book enumerated the 10 steps the would-be dictator must take to destroy constitutional freedoms. The steps include: invoking a terrifying internal and external enemy; creating a gulag; developing a thug caste; setting up an internal surveillance system; harassing citizens’ groups; engaging in arbitrary detention and release; targeting key individuals; controlling the press; dissent equated to treason, and lastly; suspending the rule of law.

She knew that America is already in the middle of step 10 when New York Governor Andrew Cuomo declared residents could not have more than six people in their homes in the summer of 2020. Wolf noted that this is a massive and very clear violation of the First and Fourth Amendments, the right to privacy and the right to assembly, respectively.

“We were seeing a wholesale race to exploit what was messaged as a global pandemic in such a way as to strip us of our remaining liberties and to terraform America, conceptually, into being ready to accept a CCP-style World Economic Forum (WEF)-guided post-humane and post-constitutional world,” she stated.

Additionally, the pandemic treaty is proposing to give the World Health Organization an unconstrained privilege to have total authority to dictate the global response, even if that response contradicts the constitutional rights of a member state.

Similarly in April, President Joe Biden extended the emergency law for the eighth time, not because of a public health emergency but due to instability in Iraq. In doing so, he could send millions of dollars without accountability to the Department of Health and Human Services.

Meanwhile, Wolf’s husband Brian O’Shea, a highly trained investigator who spent 12 years in military intelligence and the special forces, has evidence showing that by 2049, China wants to be the repository of all the world’s DNA.

“These people have no respect for human life. In fact, there are new laws that have been passed that allow a newborn to be euthanized within a month after birth,” Wolf lamented.

Wolf believes that the perpetrators are technocrats operating jointly with their common goal of a centralized autocratic government.

She named the Big Tech and WEF as loosely operating in concert. Wolf also cited Big Pharma being used as a global weapon.

The author also mentioned the Bill & Melinda Gates Foundation and other non-profits like the EcoHealth Alliance, the Committee for State and Territorial Epidemiologists, third-party organizations that allow government agencies like the Centers for Disease Control and Prevention (CDC) to offshore their criminality.

“Amazon, Google and Microsoft benefit from the pandemic. Google owns Baseline, which you have to sign into to get a CVS PCR test. Microsoft builds the vaccine passports. Bill Gates is invested in the vaccines. I just did a bombshell interview with RFK Jr. in which he said all of the big tech companies are invested in vaccines,” she disclosed.

She said these entities create a one-world matrix in which nation states, parliaments and congresses are meaningless, and all of us are surveilled, tracked and regularly injected or forced to take whatever pill or treatment they want us to take in such a way as to make freedom a thing of the past.

With all that has been happening, people are aware that it can get worse.

“Food shortages? Famine? Power failures? Gas shortages? The breakdown of transportation and distribution of goods? The collapse of one or more fiat currencies? The collapse of the entire financial system? Cyber attacks? Nuclear war? Any and all of those are on the table,” Wolf alerted the public.

She commented that she is literally afraid of a nuclear attack and the Ukraine war will be the rationale for an attack on the whole land. It’ll be blamed on Russia, but it could be [done by] anyone, Wolf said.

The Food and Drug Administration (FDA) colluded with Big Pharma, resulting in unbelievable harms as revealed in the Pfizer documents. The CDC cannot be trusted and you can expect more disorienting narratives of confusing public events.

“‘It’s monkeypox, it’s smallpox, it’s tuberculosis’ to make you feel off kilter and panicked right up until November,” she said.

A call to action

Wolf calls on everybody to act now.

The key to success is to focus the fight on the local and state level as well as on a personal level, Wolf said.

“You need to be able to hunt. We are getting to that point. Even if you hate guns, now is the time to learn marksmanship and be comfortable with a weapon because you may need to kill for food,” she warned. (Related: YOU WILL EAT BUGS AND BE HAPPY: Wales now feeding schoolchildren mealworms and crickets for lunch as part of the Great Reset rollout.)

She also suggested knowing where the food comes from and to create or join a community-supported agriculture (CSA) with your neighbors. Learn how to grow some food.

She also reminded the viewers of the show to prepare a plan in case electricity and digital communications shut down. “I tell people to print out their bank statements and asset statements because in The Great Reset, you should expect that there will be some giant blitz and it will all vanish,” Wolf says.

On a state level, the DailyClout CEO advised mobilizing people to lobby their state representatives to pass laws fast and show massive grassroots movement to not enforce the WEF rules at the state level.

At the same rate, states must accept and be prepared to forgo federal funding and subsidies to retain their sovereignty.

“We need a new movement where institutions and local leadership publicly forswear any and all corruptible funding, be it from the CCP, the federal government, the WEF or anything else. These individuals and institutions must be willing to disclose the source of all funding, and reject any funds that might make them beholden to an enemy power,” she emphasized.

Watch the below video that talks about the 10 steps to fascism.

This video is from the ScottishWatchman channel on Brighteon.com.

Volkswagen Sales In China Stall In 2022 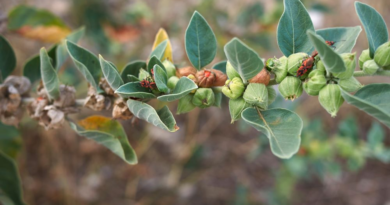