The MintPress podcast “The Watchdog,” hosted by British-Iraqi hip hop artist Lowkey, closely examines organizations about which it is in the public interest to know – including intelligence, lobby, and special interest groups influencing policies that infringe on free speech and target dissent. The Watchdog goes against the grain by casting a light on stories largely ignored by the mainstream, corporate media.

Elon Musk is not some crusading rebel railing against the establishment; he’s one of the key drivers of the U.S. surveillance state. That is the message that Alan MacLeod gave Lowkey in this latest episode of “The Watchdog.”

While commentators have been heartened and dismayed in equal measure at the prospect of the South African billionaire’s takeover of Twitter, they all appear to agree that Musk will make huge changes to the platform. Yet very few have acknowledged the basic fact that Musk’s fortune comes in no small part via his close connections to the national security state.

As MacLeod explained, SpaceX was able to get off the ground only with the help of In-Q-Tel, the venture capitalist wing of the CIA, as well as with huge financial backing from NASA. Today, the company competes with Lockheed Martin and Boeing for gigantic military rocket contracts, helping organizations like the Air Force and the National Reconnaissance Office launch their spy satellites into orbit, thereby performing a crucial service to the global surveillance system.

Before joining MintPress News in 2019, Alan MacLeod was a scholar whose work focused on propaganda, media and power. He has published a number of peer-reviewed academic papers on the subject, as well as two books: “Bad News From Venezuela: Twenty Years of Fake News and Misreporting,” and “Propaganda in the Information Age: Still Manufacturing Consent.” His latest article, “Elon Musk Is Not a Renegade Outsider – He’s a Massive Pentagon Contractor,” can be read at MintPress News.

Surveillance is big business. The pair also discussed Lowkey’s latest report that found that an Israeli company with close links to the country’s military and security services is now being trusted by media companies around the world to filter their emails and protect them from phishing scams and hacking. Proofpoint has 200 employees and is headquartered directly next door to the Israeli Ministry of Defense in Tel Aviv. Its vice president of cloud security products was previously a section commander for the IDF’s notorious Unit 8200 – an intelligence group infamous both for its connections to the Pegasus spying software and for its blackmailing of Palestinian activists.

Nevertheless, Proofpoint has managed to secure deals to filter the emails of a number of the world’s top media organizations, including The Washington Post and CNN, as well as many Middle East-focused universities, such as the School of Oriental and African Studies (SOAS) in London.

Lowkey is a British-Iraqi hip-hop artist, academic and political campaigner. As a musician, he has collaborated with the Arctic Monkeys, Wretch 32, Immortal Technique and Akala. He is a patron of Stop The War Coalition, Palestine Solidarity Campaign, the Racial Justice Network and The Peace and Justice Project, founded by Jeremy Corbyn. He has spoken and performed on platforms from the Oxford Union to the Royal Albert Hall and Glastonbury. His latest album, Soundtrack To The Struggle 2, featured Noam Chomsky and Frankie Boyle and has been streamed millions of times. 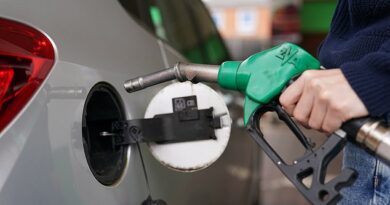 Global oil prices could QUADRUPLE to $380 a barrel if Putin cuts supplies even further in revenge for Western sanctions, experts warn