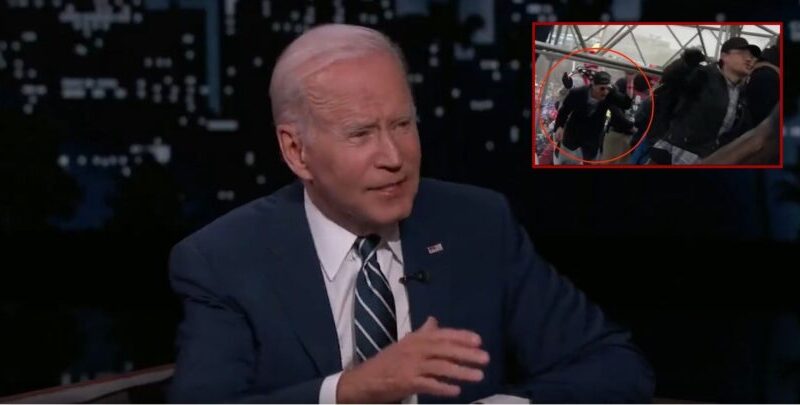 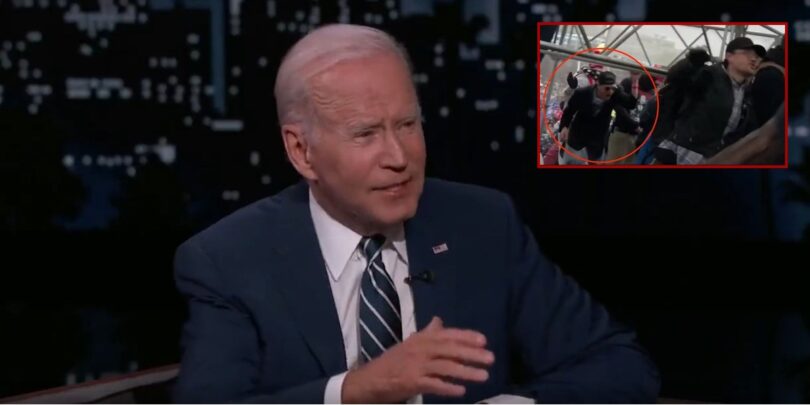 When a Democrat ‘jokes’ about doing something extreme to their political opponents, Americans can take it as a promise.

Take Joe Biden’s Wednesday night appearance on Jimmy Kimmel Live! where he promised to send his political opponents to jail:

“If we do the same thing they do, our democracy [sic] will literally be in jeopardy,” Biden said.

After Kimmel made a convoluted analogy to playing monopoly with a cheater, the late night host asked, “How do we make any progress?”

“We’ve got to send them to jail,” Biden said as the audience cheered.

On Thursday morning, that’s exactly what the FBI did.

This morning, Biden’s FBI arrested a GOP candidate for governor in Michigan. https://t.co/azgKiPuiQk