Empowered by the most brazen election fraud in US history — an indisputable fact — the illegitimate Biden regime is an unparalleled menace to everyone everywhere.

Recklessly pursuing dangerous policies at home and worldwide, the worst of outcomes is possible.

Its flu/covid agenda is all about pursuing the elimination of unwanted segments of society domestically and abroad — along with eliminating what remains of greatly eroded freedoms altogether.

On June 7 by letter to DHS head Alejandro Mayorkas, GOP Senators Charles Grassley and Josh Hawley revealed what the suspended Biden regime’s so-called Disinformation Governance Board (DGB) is all about.

Its diabolical aim is Big Brother ministry of truth censorship — not protecting election and homeland security as Mayorkas falsely claimed.

“Rather than police our border, Homeland Security decided to make policing Americans’ speech its top priority.”

The letter he and Grassley wrote to Mayorkas “exposed documents and information provided by whistleblowers, the Gateway Pundit explained, adding:

DGB plans called for working with social media to enforce censorship of speech and views contrary to the fabricated official narrative.

Mayorkas’ claim that the DGB will “protect privacy, civil rights, and civil liberties” as part of its duties was a bald-faced Big Lie.

Separately at a time of soaring inflation, shortages of essential goods and economic weakness — heading toward what may be protracted Main Street Depression conditions — polls show public opposition to the Biden regime’s agenda.

According to a new Quinnipiac poll (conducted from June 3 – 6), only one-third (33%) of respondents approve of how the fake Biden is handling his job.

Equally divided on how the regime is dealing with all things flu/covid, 50% of respondents disapprove of its response to Russia’s SMO in Ukraine compared to 42% expressing approval.

“Economic concerns driven by inflation t(ook the fake) Biden back to his lowest job approval number and g(ave) him the worst assessment of how he is handling the economy ever.”

Of much greater concern is possible global war with nukes because of Biden regime proxy war on Russia — what risks shifting to direct confrontation.

“(F)or the first time since the (1962) Cuban missile crisis,” the world’s dominant nuclear powers “are opposing each other on the battlefield.”

Instead of pursuing world peace and stability by negotiating in good faith with Russia, dominant Biden regime hardliners are pushing things dangerously toward possible direct confrontation.

Because neocons run US foreign policy, “we are in serious trouble,” Caldicott stressed.

Hegemon USA is hell bent to “control the world militarily.”

Its empire of bases “metastasized like cancer throughout the world.”

Separately in response to the Biden regime’s intention to supply Nazified Ukraine with intermediate-range rocket launch systems — ones able to strike Russian cities — head of Moscow’s delegation to Negotiations on Military Security and Arms Control in Vienna, Konstantin Gavrilov, said the following:

If US/Western supplied “howitzers, HIMARS and MLRS (strike) Russia(n) (territory), the response against decision-making centers will be immediate.”

Moscow is “not ruling out anything anymore.”

As for so-called promises by Kiev on how these weapons will and will not be used, they’re “not worth a red cent.”

A combination of Biden regime war on public health with destroying it in mind, wrecking ball economic/financial policies, and risk of crossing the line in Ukraine to direct confrontation with Russia, the state of things today is more recklessly dangerous than any previous time in modern memory. 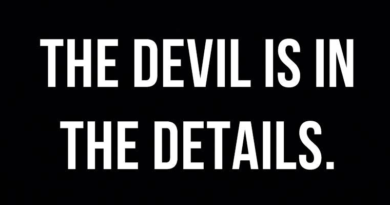 Just because you don’t like the messenger does not mean these radioactive GREAT RESET revelations are not true.