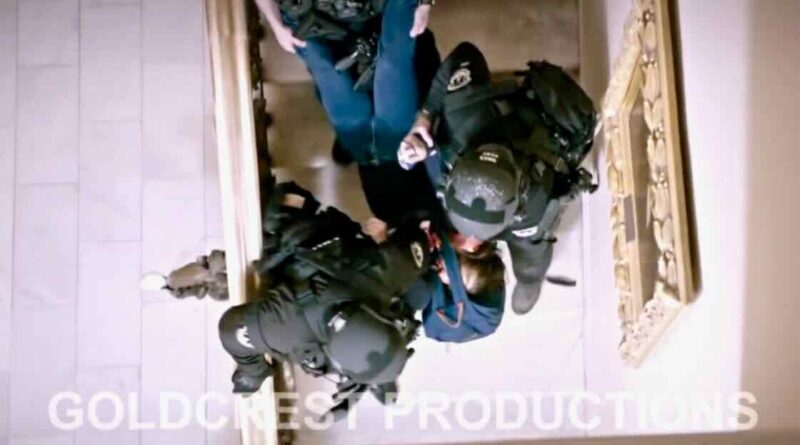 Treacherous treasonous criminals!! The UNSELECT January 6th Committee disgraced themselves and the nation on Primetime TV last night. They brought British filmmaker Nick Quested onto the stand as one of their key witnesses and presented his footage to the public EDITED in the most manipulated fashion possible to leave out the most compelling content he shot that day- THE BODIES OF UNITED STATES VETERAN ASHLI BABBITT AND ROSANNE BOYLAND!!

Do they think Americans are stupid!?!!!

A more complete version of Quested’s footage was released by a source to the public this morning. It contains never-before-seen footage of Rosanne Boyland and Ashli’s Babbitt’s bodies. Here it is:

“The harder the January 6th Committee pushes their phony narrative, the more their deceit will reveal itself,” said Tina Ryan of Citizens Against Political Persecution.

Footage of protestors trying to save Roseanne Boyland’s life and of their scolding the police for murdering Ashli Babbitt was removed because it doesn’t support the official narrative. pic.twitter.com/eTACtkDiBL

“The January 6th Committee maliciously and deceptively edited Nick Quested’s footage,” said leading J6 Attorney Joseph McBride. “It was for the specific purpose of casting the events of that day in the worst possible light, which is exactly how the Department of Justice introduces evidence in court.”

The Unselect Committee Hearing promised “never-before-seen footage” to the public by videographer and hearing witness Nick Quested. That footage was carefully edited on last night’s broadcast to make Trump Supporters look unhinged and violent for no reason.

In Latest Recession Signal, Money-Supply Growth Plummeted to a Three-Year Low in August