I’m not the only one who feels the same way in the direction we are going in this battle of good vs evil. What’s worse are those who know better and allow evil to flourish. Including allowing these agendas and psychological operations to continue.  You may want to look up and watch the video by NeverLoseTruth 3 Kafka: “West Nile, Monkeypox, Planes Crashing, High Rise, Streets Flooding, Mudslides, Tornadoes, Wildfires”.  Can’t you see how the evil doers are messing with people’s lives, destroying their homes via weather warfare, to Blackrock and FEMA buying out homes, to more restrictions, etc. WE ARE BEING DESTROYED ON ALL FRONTS.

If you have seen what I wrote in my last piece, you should. https://operationdisclosureofficial.com/2022/06/04/reader-truthisunbreakable-follow-up-of-what-i-said-white-hats-are-allowing-evil-to-flourish/

Because I’m not alone who feel the same way.  I don’t like being lied to nor these games of lying and deceiving the masses for personal and $$ gain at the expense of many. If you White Hats and/or other groups can’t own up and really get rid of these evil doers from all levels of society, while claiming you are in control.  It’s either you’ve been played, we’ve been played, or you are gaslighting and screwing with us for your own personal gain.  While you White Hats claim to continue gather evidence against the evil forces to this day, while some claim everything is done, huh?  I’m not saying things aren’t happening, it’s for those who really need to see the proof from then to now that things are happening on a mass scale and that the evil doers are toast.  That these agendas, to weather warfare, to gun/people control, etc. benefit the evil doers. More importantly that these children and adults are rescued from these evil psychopaths, and are on that long journey of healing. Facts remain, millions of those kids and adults died in those tunnels and after they were rescued because the damage was too much to bear. May God rest their souls.

For those who have seen certain white hat channels who are promoting for more control, keeping the gravy train going, the 100% awakening before they do anything, while claiming they are making the evil doers squirm. What I’m referring to last week Friday’s video on Charlie Ward show on bitchute of him, Mark Z, and Chaz Carter talking about the QFS to be radio silent for two weeks. At the same time, they were all laughing and want to keep the pantomime going.  They recognize the people are suffering and dying from various causes, don’t want people to be greedy.  No kidding greed is bad, along with the desire of more power and control as well.  They claim to have a program to separate themselves from the beast system such as becoming a state nationalist which I’ve heard of as TheBigSib on youtube and on Odysee went through the same thing and showed and told which is not easy, but you are still tied with that system, don’t have complete sovereignty, some are lucky to not pay property taxes only. As the panel claim to have a program supposedly in place in the U.K. to be exempt from paying for energy bills, and claim to send people seeds for those who can’t afford to buy them. Even if you do have the seeds, do you have the means of planting them without weather warfare and gestapo interference then?  Not everyone who have planted the seeds on their properties will grow alright as a result of the chemtrails, EMF’s, and weather warfare.  Not everyone has the space to plant all of the seeds so they can independently grow their own food depending on the conditions in your area.  The air is toxic and yet you White Hats and other groups claim the good guys are in control, really? Nice job poisoning us then?

What happened to the 100 years of food supposedly stored in the DUMBS, while at the same time destroying them? What’s with the weather warfare operations of fires, floods, etc. under the guise of destroying the tunnels? Need more proof than just the earthquake map at 10 km or less, etc. that these tunnels are being destroyed and these evil doers are toast.

And those in their high castles can’t seem to understand that people are losing their homes and their lives.  The relief needs to come not just from not paying energy bills, but able to afford the entire cost of living, gain back their liberties, feed their families, and complete sovereignty through the use of feigned words make merchandise.  The same panel again referred to the “drip reference” and claiming to connect to God from within.  When I heard all of that, it’s sickening and really? Just because things are going well from you in your high castles doesn’t mean the rest of us the real men and women are doing the work of living, paying, and dying.  No matter what is being presented or revealed you will have those that will be awake, those in the middle, ignorant, stupid, or dead.  Those promoting the pantomime are no different than the Deep State, as they became the new controllers as they allow the evil doers to continue their agendas and depopulation, including the rise of the AntiChrist System.

Why more are speaking because we are tired of the games and the lies thereof. The good guys either need to own up, put up, or shut up. Get the job done because we don’t have years of this evil tyranny, we have a few months if that. The relief needs to come NOW, not years. Many are suffering and dying from various causes.  Yet, those such as Trump want to wait after the Midterms, really? He’s in a different and doesn’t have the same worries as we the people do, yet if the white hats were really in control, why did they allow the 2020 selection to be given to fake Biden then, along with other selections to be given to WEF agents and other Deep state rats worldwide then?  Why wait for more to suffer to die from famine, from the murder mill protocols, to increase in disease, to the Covid death shots, as you are okay with those poisons going into children and babies then?  Or are you going to wait until more homes, places, and many more lives are destroyed and murdered before you actually doing anything, because lowering the vibration and increasing the fascist surveillance tyrannical state really works?  But of course that is by the book?  While adults are acting like children and refuse to take any form of responsibility and get the job done.  At the rate you are going we’ll all be dead, the people will blame you white hats of our enslavement, suffering, and deaths when you knew better and allowed evil to flourish, for what?

Our votes don’t count as voting is a suggestion box of slaves of one puppet to the next, if voting really made a difference, they wouldn’t allow us to do it. We are certainly in the land of the fee, the thief, and the home of the slave!  It’s no wonder why people’s brains aren’t working, nor is there any form of common sense with God-given discernment.  It’s the culture and the spiritual wickedness that has plagued our society for a long time.  It’s no wonder why anything that promotes control, depopulation, and separation from God are promoted to the nth degree.

If you alliance/white hats and other groups want to earn our trust and loyalty show us real proof that things are happening on a mass scale no drips and no more psychological operations, clue us in for real aka give us all of the tools so we can do our part with taking care of business of removing evil doers on the local level.  What happened to taking control of the media then and broadcasting the truth on there? Because the sheeple won’t believe it unless it comes from the TV?

Good for those such as Benjamin Fulford who’s called repeatedly for the white hat military to go after certain locations in the US such as taking over Silicon Valley, to Atlanta, Georgia, and New York, and this would’ve been over.  But he feels the military isn’t listening to him, as they are in this for the big $$, and this insanity continues.  For the most part he is correct on. Interesting that the Committee of 300 is on board with we the people if that is the case and other nobility families such as the Venetian are jumping ship.  Good that the Khazarian Mafia’s power is declining.  How that China and Russia gave the U.S. an ultimatum destroy the KM or have nuclear war?  Let’s see what really happens?

Honestly and truth goes a long way.  Ignorance is beyond no defense.  We’re all sick and tired of the games that affect us mentally, physically, psychologically, and spiritually.  Lies destroy and divide many.  We all need healing.  This battle of good vs evil has been going on since the beginning of time.  The choice is yours of where you really stand with the people or the globalists, because one cannot serve both God and Satan?  If it is true that you are truly defeating the evil doers, then God Bless and thank you. But please “show and tell” and reveal yourselves as the time is NOW, not years or whatever you plan on waiting for? Because you are sure doing a great job allowing evil to flourish, while continuing these games for your gain, then?  Am not the only one who is sick and tired of it all.  If you are truly on God’s side, get this done NOW, not later, or the people will blame you for their enslavement, suffering, destruction, and death.  Think about that. 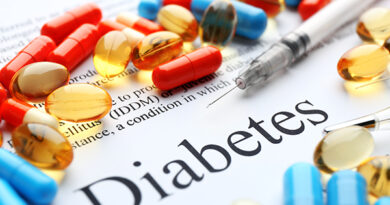 NEVER FORGET: Pfizer agreed to settle lawsuit after jury awarded $43M to Texas woman whose liver was destroyed by Rezulin 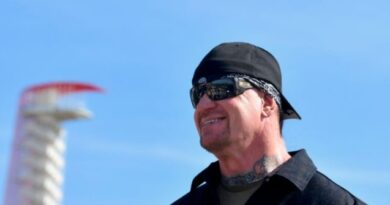