As the US scrambles to hike rates with the Fed woefully behind the inflation curve, and losing what little “credibility” with every passing day, Russia is moving in the opposite direction.

On Friday, the Central Bank of Russia cut its repo rate by 150bp to 9.50%, more than consensus expectations (10%). Today’s cut now fully reverts the emergency rate hike of 1050bp on 28 February in response to financial market turmoil and capital flight following Russia’s invasion of Ukraine. In other words, Russian monetary policy is now back to pre-Ukraine war levels.

Commenting on the CBR’s move, Goldman writes that the Bank acknowledges that the hit to inflation and economic activity was less than expected earlier and it provided updated inflation and key rate forecasts in the press release. Inflation momentum has fallen sharply recently, however, partially due to the appreciating Ruble and a slowdown and even a reversal in prices of goods that saw hoarding behavior immediately after the invasion. The Bank sees underlying inflation momentum in other categories still above the 4% inflation target.

And speaking of the ruble, not only has is it no “rubble” as Biden called it, but it is now the strongest it has been in years prior to the Ukraine invasion.

It gets better: while the Fed prepares to unleash multiple 50bps (or 75bps) rate hikes, in its press release, the CBR stated that it will consider the necessity of key rate reductions at its upcoming meetings, opening the door for further loosening. However, these will be more data-dependent and smaller in size.

The Bank now sees the average key rate for the remainder of the year at 8.5%-9.5%, translating into a potential 0-150bp of further cuts. However, fiscal policy developments were mentioned as the main inflation risks and that “further budget deficit expansion” may require tighter monetary policy.

Following the Russian rate cut, the RUB remained flat, reflecting that the RUB is not rate-sensitive in this environment and that FX is mostly driven by the capital account restrictions, exporter surrender requirements, fiscal rule suspension, and the Ruble for gas scheme (which implicitly manages the RUB but in a non-systematic way).

As Goldman notes, while some of these measures have been lifted, there is not yet an adjusted fiscal rule in place which would allow the CBR to systematically manage the exchange rate and allow it to have a better view on fiscal policy going forward. Until then, and with the hard currency flows continuing, we fail to see significant depreciation pressures.

Looking ahead, Goldman writes that further policy rate developments will be data-dependent, and will depend on policy decisions on the capital and current account that will influence the Ruble, as well as how fiscal policy shapes the relative dynamics of demand and supply.

The CBR states that future rate decisions will take into account “actual and expected inflation dynamics relative to the target” as well as “economic transformation processes”, meaning the efficiency of import substitution and how effectively the Russian economy can restructure and re-route supply chains. Regarding the former, the CBR mentioned both inflationary (fiscal policy, inflation expectations, potential reduction in households’ propensity to save) and disinflationary risks (high risk premium in credit and elevated borrowing requirements) are present, although it is difficult to gauge at this stage which will prevail.

Goldman’s FX strategists also note that the suspension of the fiscal rule translates into a sizeable fiscal boost supporting demand further, while financial conditions excluding the hard currency credit spread have only tightened marginally. Given a sizeable supply shock, which is currently roughly 5%, there is a risk that spending the full fiscal windfall post the suspension of the fiscal rule could overstimulate the economy and the resulting inflation dynamics would make the CBR careful to cut further.

The next CBR meeting is on July 22 which will be accompanied by an updated set of medium-term forecasts. 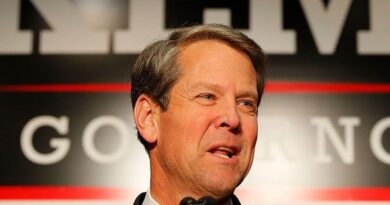 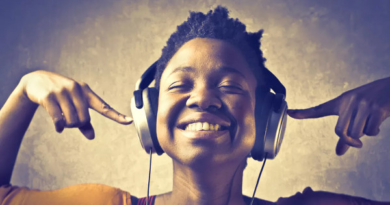