One who was a solitary voice in claiming the year began in a recession has now been joined by several significant voices claiming the recession is here; it will hit like a hurricane; and it will be deep, long and difficult to get out of….

We’ve gone from my being almost a lone voice at the start of the year, proclaiming a recession had begun, to a number of people now saying we are already in recession: David Rosenberg, Eric King and Egon von Greyerz, Danielle DiMartino Booth, John Williams (actually he strongly implied it, at least, back in February), Elon Musk, Zero Hedge, and Richard Feld (Director of the Institute for Financial Transparency). All have finally said we are very likely already in a recession.

Even Jamie Dimon has gone from “We’re facing storm clouds that might dissipate” to were “going into a hurricane,” and a recent poll by The Economist says, “Fifty-five percent of surveyed adults believe the US is currently experiencing an economic recession.“ You can count on the common people close to the earth to figure it out long before the Fed or government agencies do in their marbled halls.

Not too surprisingly, Peter Schiff says, we may already be in one, too.

With clarion voice, I have consistently claimed since the start of the year, we ARE in a recession — no maybes, no hedging my bet or caveats. I’ve laid out the reasons why, and I even claimed Q4’s high GDP print was an anomaly we would not see again in the next quarter. Then the first quarter’s negative GDP result came in and proved that to be true.

GDP evidence is falling head-over heals into recession, not showing any evidence of climbing out

As we await the next quarter’s GDP report for official proof, note that things are falling fast now, rather than getting better as they would have to if we were going to avoid a second quarter of negative GDP “growth.”

In my last post only a few days ago, I wrote,

This past week, even the Federal Reserve moved closer to my own view. The Atlanta Fed revised its GDPNow forecast for the present quarter downward considerably to +1.3%; and, as you see, it’s been revising it down for four out of its last five revised estimates:

“The Real GDPig was a Whole Lot Uglier than it Looked!“

I presented the following graph:

And then I made the following comment about how this was likely to progress:

You may recall, when I was forecasting last year that GDP would turn negative in the first quarter, I kept pointing out how the Atlanta Fed was slowly catching down with its own Q1 prediction towards what I was predicting until it revised its forecast all the way down to zero GDP growth. Even then I brashly claimed they were overly optimistic and that the real number would come in negative

It did. And now, just as I anticipated, the Atlanta Fed published the following revision of its forecast for second-quarter GDP:

Only a week after my claim that they would almost assuredly quickly revise further down, they are already revising their forecast for real GDP in the second quarter down to 0.9% growth. They are now less than a percentage point away from nothing, and they are still optimistic as far as I’m concerned.

As I said in the last article, the Fed likes to be optimistic in these things because it doesn’t usually want to raise unnecessary alarms. However, even if real GDPNow merely holds where the Fed has it to the end of the quarter and then the actual report comes in as the Fed is predicting, that will average out with the 1st quarter as -0.5% over the two quarters.

That would still constitute a recession in my book, though I don’t know how the NBER (National Bureau of Economic Research) would call it. Neither do they, as they will have to meet to talk about that. The NBER, which officially calls recessions, generally looks for two negative quarters; however, even they state that they do not hold hard and fast to that as the only way to determine a recession.

My claim on that basis would be that a graph of total GDP would show a slump lasting two quarters because total GDP wouldn’t even have recovered back to the point from which it declined. So, a two-quarter slump is a recession.

Consumer conditions are receding, not improving

HOWEVER, I don’t anticipate having to rely on that kind of technicality because the American consumer is not looking like they can hang on a lot longer in this kind of inflation without making some serious spending cuts, which may already be happening. One of the other things I reported two articles back to verify my claim that we are already in a recession was that consumer credit is rising at the fastest clip in history. I showed the following graph:

To confirm what I’ve extrapolated about the condition of the consumer, the growth in credit-card debt has never looked anywhere near this extreme: (It is clearly way beyond the rate of population growth.)

“The Retail Apocalypse was Bloodier than it Looked“

Well, look at where we are now:

Here are the shocking numbers: in April one month after the jarring March print again came in more than double the $25 billion expected to $52.435 billion, in April consumer credit again exploded to a ridiculous $38.1 billion, again blowing away expectations of a $35 billion increase (and not much lower than last month’s downward revised $47.3 billion).

That is three months of rocketing reliance on consumer credit that looks notably worse than the first quarter. That said, the total amount of credit consumers have taken out is not as high as the total was before the last two crashes, though even the total of all their credit balances is close to what it was before those crashes. Adjusted for inflation and population growth, it is at a safe level … as in not looking like people have exhausted all credit available to them.

However, the rate of rise in credit use is by far the steepest it has been in three decades! If the present month comes out around that same level on credit expansion, that will make a full quarter that show’s a lot more reliance on credit than the previous quarter. How is that likely to be less recessionary than the last quarter?

The increased reliance on credit indicates consumers have apparently tapped out most of their checking and savings and are now reaching into credit to maintain their purchasing at the level they have come to like … or to buy less stuff while paying more for each item. When consumers start finding they have to turn to more credit use, they typically start looking for ways to consume less.

The above is all for types of consumer credit, but look at where just revolving credit now is:

Right back up to its peak before the Covidcrash, and climbing faster than anytime before that with the rate of climb steeping parabolically. At that rate, it will only be a matter of weeks until — even adjusted for population growth since the Covidcrash — consumers will have exceeded the last summit. The main thing, as I say, though, is not whether people have maxed out their available credit, but the fact that the rapid increase in credit use indicates people have maxed out their savings and checking and monthly cash flow.

If that were not the case, why would they choose to rapidly increase their use of available credit lines just as the Fed is going into large interest hikes and as interest is already rising on all forms of credit? As their purchases are forced to diminish, we will press even deeper into recession.

I also noted in those recent posts that the Fed notes many people mistakenly claim that imports are jockeying the GDP growth rate around because of a common misconception. They see that imports get subtracted out of GDP at the bottom, but they don’t realize that all those imports were also included in all the other GDP factors add ini above that line. 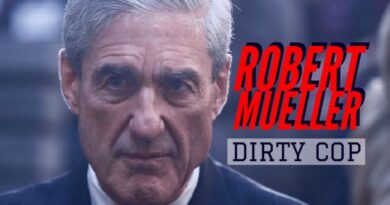