Even when kernels of truth appear in MSM reports, the vast majority of what’s put out daily sticks to the fabricated official narrative.

How much longer Kiev’s greatly degraded military can hold out before collapsing is a fair question to ask as Russian forces continue to grind it down and chew it up.

If Russia and Ukraine were prizefighters, a referee would have declared a technical KO and halted things long before now.

According to a so-called puppet Zelensky aide on Thursday, Ukraine’s military is losing up to 200 troops daily.

Most likely, these numbers are way understated with Kiev having to activate reservists, as well as draft middle-aged men and young teenagers for combat duty.

“The Russians are methodically grinding the Ukraine armed forces out of existence.”

“And it’s unlikely that (the former is) suffering many casualties.”

“For them, the shells are going out.”

“or the Ukrainians. the shells are coming in.”

No “wonder weapons” exist for Kiev to turn things around.

Phony Western claims about Russia running out of manpower and munitions are belied by “hundreds of fire missions” conducted daily by its forces.

Continued requests for more weapons et al by Zelensky regime officials is because Russian forces are destroying most of what enters the country.

Even if it all got through to Ukrainian troops, they need weeks of training before being able to use what’s supplied.

And if all of the above was accomplished, Ukraine’s largely conscript military is way outmatched and outgunned by vastly superior Russian forces.

Ukrainian troops are either retreating or being annihilatedin place daily.

And this reality check by the NYT well into one report on Friday, saying:

“The Ukrainian military and government are now making no secret of the challenges they face in the east, three and a half months after” Russia’s SMO began, adding:

“Their daily updates that highlight real setbacks are atypically honest by the standards of military press offices, a tactic perhaps intended to add a sense of urgency to their daily calls for heavy Western weaponry.”

Unexplained by the Times is that no matter what weapons et al in what amounts US/NATO regimes throw at Ukraine, Russia’s demilitarization and deNazification aims will be achieved as planned.

And this WaPo rubbish:

Separately, the BoJo regime’s war Wallace minister met with puppet Zelensky without disclosing where or when.

According to Britain’s war ministry, the aim of the meeting is to “work more closely” with Kiev against Russia “in support of the shared goal of enabling Ukraine to” regain lost territory — now liberated and not returning to Nazified rule.

“You’re doing an amazing, amazing job (sic)” — from your Polish hideout out of harm’s way, he failed to add.

Separately according to Russia’s Special Representative for International Cooperation in the Field of Information Security, Andrey Krutskikh, weeks earlier:

Hackers from North America, the UK, EU and Ukraine repeatedly carry out attempted cyberattacks on Russian government agencies, financial institutions and other enterprises.

“Whoever sows the cyberwind will reap the cyberstorm,” adding the following this week:

“Militarization of the information space by the West and attempts to turn it into an arena of interstate confrontation have greatly increased the threat of a direct military clash with unpredictable consequences.”

“All our steps will have a measured, targeted character, in accordance with our legislation and international law.”

Two more Ukrainian warplanes were shot down, as well as another 5 UAVs.

“Air-launched precision missiles eliminated aircraft of the Ukrainian air force at the Dnepr military airfield and destroyed the production capacities of the military hardware repair and recovery enterprise in the area of Kharkov.”

Russian forces destroyed the following since its SMO began:

3,484 tanks and other combat armored vehicles

1,843 field artillery guns and mortars, and

Ukraine’s military has been overwhelmingly degraded in manpower, weapons, munitions and equipment since Russia’s SMO began on Feb. 24.

Episode 2302: The Debate For Speaker; Final Hours Of Maricopa 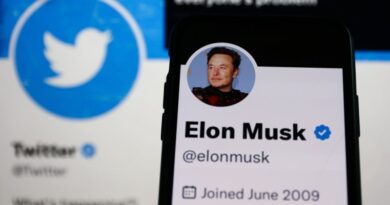