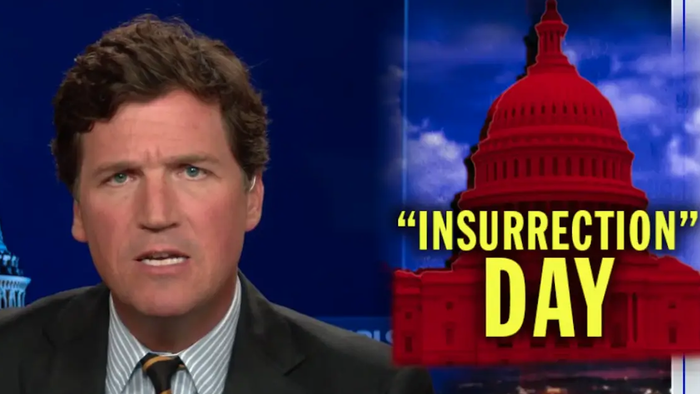 “This is the only hour on an American news channel that will not be carrying their propaganda live. They are lying, and we are not going to help them do it,” Tucker Carlson introduced on his show during the very time period the hearing was airing on other networks. Carlson slammed the “show trial” and “deranged” spectacle filled with moral sermonizing intent on concealing what for the vast majority of Americans are much more alarming, pressing concerns…

We’re not playing along with the January 6 show trial hearing. The whole thing is insulting. They are lying, and we’re not going to help them do it. https://t.co/GT9NLRN9D2 pic.twitter.com/PDT9g758br

The primetime Fox host reminded his audience that what was in reality “mob violence” and “vandalism” – but not the deadly “insurrection” that MSNBC, CNN, and many Congressional leaders are attempting to present – resulted in only one person shot that day: a protester. Carlson said “not a single person in the crowd that day was found to be carrying a firearm.”

“Yet the other networks can’t be bothered to cover any of that tonight. Instead, they’ve interrupted their regularly scheduled programing to bring you yet another extended primetime harangue from Nancy Pelosi and Liz Cheney about Donald Trump and QAnon. The whole thing is insulting.”

He said according to the transcript:

We hated seeing vandalism at the U.S. Capitol a year and a half ago, and we said so at the time, but we did not think it was an insurrection because it was not an insurrection. It was not even close to an insurrection. Not a single person in the crowd that day was found to be carrying a firearm – some insurrection. In fact, the only person who wound up shot to death was a protester.

She was a 36-year-old military veteran called Ashli Babbitt. Babbitt was just over 5 feet tall. She was unarmed. She posed no conceivable threat to anyone, but Capitol Hill Police shot her in the neck and never explained why that was justified. Those are the facts of January 6, but since the very first hours, they have been distorted beyond recognition, relentlessly culminating with last night

Tucker Carlson SLAMS politicians who refer to the Jan. 6 riot as an “insurrection.” pic.twitter.com/Yy03o9k0MP

However, Carlson pointed out that all of this seems an attempt to erect smoke and mirrors to distract from the real, immense day-to-day crises that Americans are facing under the Biden administration. Indeed the walls are closing in… on average Americans:

“In the meantime, in the 18th months since January 6, gas prices have doubled. Drug ODs have reached their highest point ever. The US economy is now careening toward a devastating recession at best and scariest and least noted of all, this country has never in its history been closer to a nuclear war.”

While stressing he’s not defending the events of January 6, Carlson warned of what actually threatens to potentially destabilize the nation….

“But, you know what will get you to insurrection? If you ignore the legitimate concerns of a population, if you brush them aside as if they don’t matter when gas goes to $5 and you say ‘buy an electric car’.”

“When cities become so filthy and so dangerous that you can’t live there, when the economy becomes so distorted that your own children have no hope of getting married and giving you grandchildren, when you don’t care at all about any of that and all you do is talk about yourself, nonstop – you might get an insurrection if you behave like that,” Carlson added.

This won’t be pretty.

Watch Tucker Carlson sound off in the full segment here… 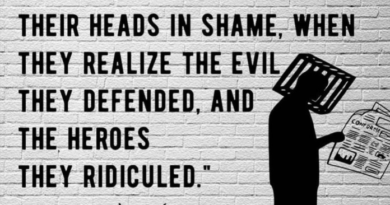 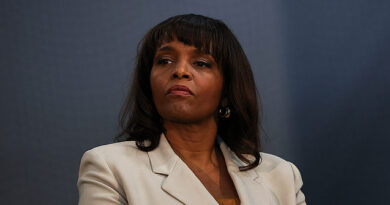