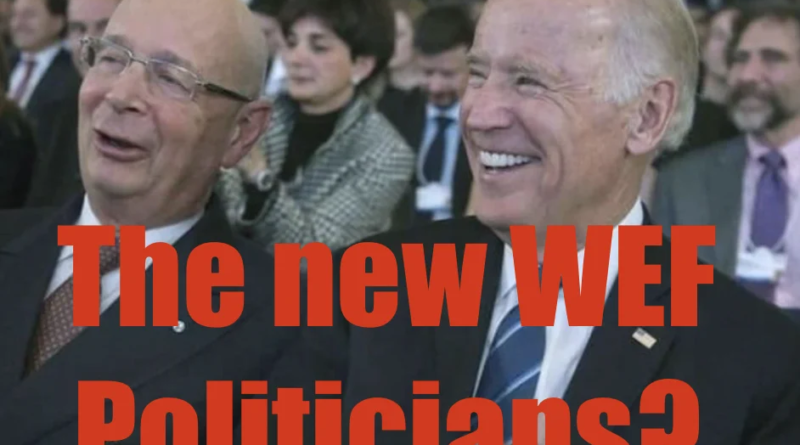 by Robert W Malone MD, MS, Who Is Robert Malone:

I need your help. A new crop of elected officials or those running in November primaries were selected by United States citizens yesterday.

So here is the job: please compare the list of World Economic Forum Graduates below to any new elected official(s) that you are aware of from yesterday’s election. It there are any changes to the existing politicians careers or electoral status, please leave the changes in the comments also.

These WEF graduates have their primary alliances with a foreign entity, that being the WEF. They should register as foreign agents in my opinion. Are these the ones that “we the people” really want running OUR country?

If any of the people listed below are up for re-election in 2022, please also make note of that in the comments. Let’s see if we can’t generate an updated and complete list of those we need to work to ensure their electoral loss!

Thank you everyone for your help in this – it means a great deal to me.

Please search this list for newly elected politicians in the USA (note additions in the comments).

List of US Politicians (please update in the comments):

Carol M. Browner Office of the President of the United States Assistant to the President for Energy and Climate Change Policy (2009–2011)

Pete Buttigieg Government of the United States  Secretary of Transportation (2021–)

Mike Espy Government of the US Secretary of Agriculture (1993–1994)

Nikki Haley US Government  US Ambassador to the UN

Joseph P. Kennedy III US House of Representatives Rep for the suburbs of Boston, Massachusetts

Kathleen McGinty Office of the Governor of Pennsylvania Chief of Staff (2015); Environmental advisor to VP Al Gore and President Clinton Kimberly A. Moore US Court of Appeals for the Federal Circuit (2021–) Chief judge

Julissa Reynoso US Embassy US Ambassador to Spain and Andorra (2022–)

Kristen Silverberg US Government US Ambassador to the EU (2008–2009)

William Steiger USAID Director of the Office of Global Health Affairs at the U.S. Department of Health and Human Services

Lawrence H. Summers Harvard University Under Secretary of the Treasury for International Affairs

Steve Kirsch And Dr. McCullough Discuss The Major Implications Of The 15-0 Vote To Add The COVID Vaccine To Kids’ Vaccine Schedule

RUSSIA, FASCISM, PRECIPICE … MSM IS THE ENEMY OF THE PEOPLE WORKING OVERTIME