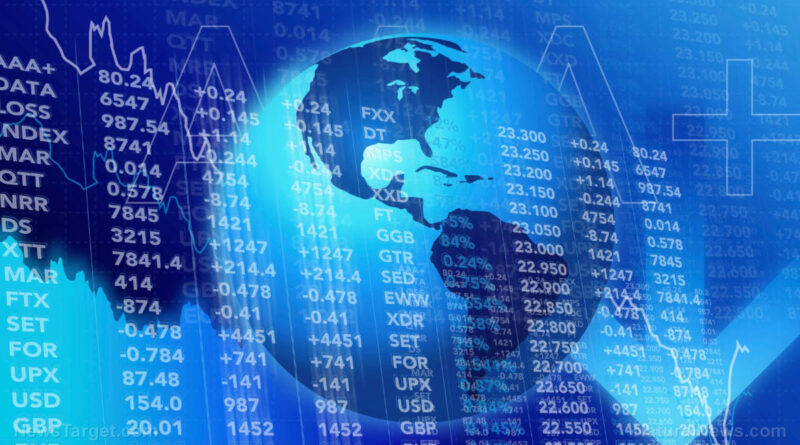 (Natural News) The World Bank (WB) has warned the public that the world economy is expected to slump this year. The WB’s “June Global Economic Prospects” report revealed that global growth is expected to fall from 5.7 percent in 2021 to 2.9 percent in 2022, which is significantly lower than the 4.1 percent anticipated in January.

“Compounding the damage from the [Wuhan coronavirus] COVID-19 pandemic, the Russian-Ukraine conflict has magnified the slowdown in the economy. This raises the risk of stagflation, with potentially harmful consequences for middle- and low-income economies alike,” the report stated.

The press release noted that several years of above-average inflation and below-average growth are now likely. It included that growth in advanced economies will fall from 5.1 to 2.6 percent this year, while in emerging and developing countries, which is considered more vulnerable, it is expected to plummet from 6.6 to 3.4 percent.

“For many countries, recession will be hard to avoid,” WB President David Malpass said, adding that it is urgent to encourage production and avoid trade restrictions. He said changes in fiscal, monetary, climate and debt policy are needed to counter capital misallocation and inequality.

The paper also indicated that what may be happening is a phenomenon called stagflation that the world has not seen since the 1970s.

“Just over two years after COVID-19 caused the deepest global recession since World War II, the world economy is again in danger. Even if a global recession is averted, the pain of stagflation could persist for several years – unless major supply increases are set in motion,” the paper stated.

The WB report made recommendations for policymakers to refrain from distortionary policies, such as price controls, subsidies and export bans, which could worsen the recent increase in commodity prices.

“Against the challenging backdrop of higher inflation, weaker growth, tighter financial conditions and limited fiscal policy space, governments will need to reprioritize spending toward targeted relief for vulnerable populations,” the report suggested. (Related: Economic situation gets worse: Stagflation is now happening in the US.)

Stagflation is set to comeback

The WB raised the specter of stagflation because the worldwide economy is spiraling down. Stagflation – a mash-up term combining the words stagnation and inflation – is said to be making a comeback. It was the dreaded “S word” of the 1970s.

Treasury Secretary Janet Yellen last month told the reporters: “The economic outlook globally is challenging and uncertain, and higher food and energy prices are having stagflationary effects, namely depressing output and spending and raising inflation all around the world.”

Former Fed Chair Ben Bernanke also said to the New York Times that inflation’s still too high but coming down. “So there should be a period in the next year or two where growth is low, unemployment is at least up a little bit and inflation is still high. You could call that stagflation,” he said.

Until about 50 years ago, economists thought stagflation is impossible. The theory called Phillips Curve – named for its creator, New Zealand’s economist A.W.H. Bill Phillips – states that inflation and unemployment move in opposite directions.

Paul Wiseman recently wrote in an article on AP: “When the economy is weak and lots of people are out of work, businesses find it hard to raise prices. Likewise, when the economy is hot enough for businesses to pass along big price hikes to their customers, unemployment should stay fairly low. Somehow, reality hasn’t proved so straightforward. What can throw things off is a surge in the cost of raw materials that ignites inflation and leaves consumers with less money to spend to fuel the economy.”

The economics writer said that this is what exactly happened back in the 1970s.

Wiseman cited that Saudi Arabia and other oil-producing countries imposed an oil embargo on the U.S. and other countries that supported Israel in the 1973 Yom Kippur War. Oil prices raised and the cost of living was too expensive, so the economy reeled.

Each year from 1974 to 1982, inflation and unemployment in the U.S. both topped five percent. The combination of the two figures or what was called the “misery index” peaked at a most miserable 20.6 in 1980.

As of now, stagflation has not yet arrived. But Wiseman warned: “The risks are accumulating.”

Watch the below video as Peter Schiff talks about how stagflation will shock the markets.

This video is from the Prosciencetruth channel on Brighteon.com.

Biden: Inflation is everybody’s fault but mine.

Biden’s “inflation bomb” is “driving the economy into the ground,’ senators warn. 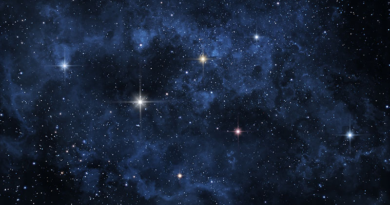 Starseed types: what star race do you belong to?