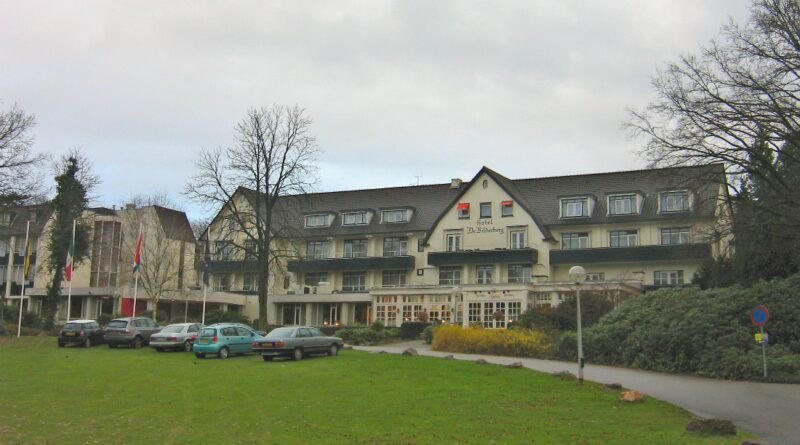 (Natural News) Around 120 participants from 21 countries attended the 68th Bilderberg Meeting from June 2 to 5 in Washington, D.C.

The participants, made up of political leaders and industry experts from finance, academia, labor and media, were invited to discuss various topics from geopolitical alignments and looming financial meltdown to post-pandemic health and the Russia-Ukraine war.

Founded in 1954, the Bilderberg Meeting is an annual secretive meeting designed to foster dialogue between Europe and North America, with 120 to 140 attendees invited under the Chatham House Rule. This means that while participants are free to use the information they receive during the event, they cannot disclose the identities or affiliations of the speakers or participants.

Despite confirming a list of attendees and the agenda for the conference, the group kept their location secret this year. U.S. journalist Max Blumenthal was denied entry to the meeting, as participants had been barred from revealing the location and from quoting anyone during off-record sessions. Blumenthal also pointed out that the gathering had a “more secretive and forbidding” feeling to it.

Because of the nature of the meeting, participants were encouraged to take part as individuals and not in their official capacities, so they are not bound by the conventions of their offices or positions.

This is the first Bilderberg meeting since before the pandemic, and the elite global summit has rebooted its high-powered guest list to include the heads of the North Atlantic Treaty Organization (NATO), the Central Intelligence Agency (CIA), the British Government Communications Headquarters (GCHQ), the U.S. National Security Council, two European prime ministers, some tech billionaires, and former Secretary of State, Henry Kissenger, who recently courted controversy by suggesting Ukraine cede its territory to end the war with Russia.

The group, which had been planning on taking control of the western world order, is now facing some problems that they didn’t anticipate pre-pandemic. This year, the group put on their agenda the geopolitical pivot of Russia and China away from the West, including the possibility of a global financial meltdown. (Related: Bilderberg Group constructs continuity of government emergency plans amid economic upheavals caused by globalist policies.)

The last time the group met in 2019, the conference had a more optimistic agenda that included topics such as stable strategic orders and a future-forward look at Europe. This year, the topics are more ominous. Among the things that the group discussed include the overall geopolitical realignment of Ukraine, as its resulting economic repercussions are given a lot of importance.

The conference itself is a high-level council of war headlined by NATO Secretary-General Jens Stoltenberg and joined by Ukrainian Ambassador to the U.S., Oksana Markarova and the CEO of Naftogaz, the state-owned Ukrainian oil and gas company.

The meeting also convened experts in Russia and Ukraine, including Assistant Secretary of Defense for International Security Affairs Celeste Wallander and ex-Deputy National Security Adviser Nadia Schadlow, who is on the elite steering committee of the Bilderberg.

Members of the group also likely spoke with Ukraine’s President Volodymyr Zelensky, who earlier met with Alex Karp, a Bilderberg member and U.S. Intelligence representative. Karp is also known to run Palantir, the infamous CIA-funded surveillance and data analysis company that has been set up by another Bilderberg insider, Peter Thiel, who agreed to give “digital support” to the Ukrainian army.

While the Bilderberg conference is sometimes dismissed as a group of conspiracy theorists, it is still a major diplomatic summit that is attended by politicians, the U.S. commerce secretary and the president of the European Council.

The participant list for this year’s meeting also included military advisers,one of whom is the former chairman of the joint chiefs of staff and other big names from Washington, including James Baker, who serves as head of the sounding office of net assessment.

Among this year’s invitees were four active intelligence chiefs: the director of France’s external intelligence agency; the head of the U.K.’s GCHQ; the leader of the US Cybersecurity and Infrastructure Security Agency; and the U.S. national security adviser. Former spy chiefs from the CIA and MI6 were also present, one of whom is now a board member of Bilderberg.

Meanwhile, many compared the Bilderberg to the World Economic Forum, which is headed by Klaus Schwab, who is a former member of Bilderberg’s steering committee. Schwab’s “Great Reset” Agenda also looms over the Washington conference, which discussed the “disruption of the global financial system.”

Watch the video below for some insight on the Bilderberg Group.

This video is from the Hiddenrevealed channel on Brighteon.com.

Peoples’ Court to prosecute WEF-controlled globalists who used the pandemic to commit crimes against humanity.

Bilderberg power masters meet in the US – are presidential candidacy decisions in their hands?

Pentagon Considers Training Ukrainians On Patriot Missiles Inside The US