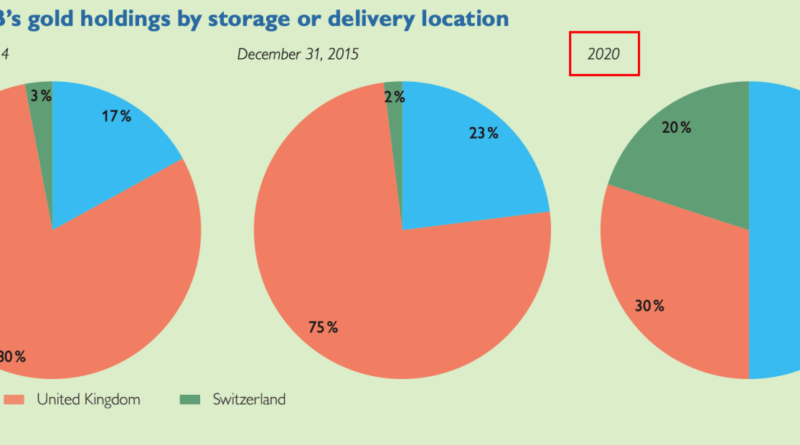 Some time ago, during the “gold repatriation” craze of a few years ago, I noted that Austria was one of those countries seeking to repatriate its gold from major western central banks, in this case, the Old Lady of Threadneedle Street, a.k.a. the Bank of England.

You might recall that similar stories began to percolate when then-president of Venezuela Hugo Chavez demanded the repatriation of Venezuela’s gold, and the Bank of England (and other western central banks) refused on the grounds that they disagreed with Mr. Chavez’s regime. Germany quickly followed, attempting to repatriate large quantities of its gold reserves from the New York Fed, the French central bank, and – yes – the Bank of England. While some of that gold was supposedly delivered, audit and assay issues have plagued the so-called repatriation and not all Germans following the story are convinced that the deliveries to the Bundesbank are entirely “kosher”. After Germany, people in the Netherlands and in Austria also began lobbying for repatriation of those nations’ reserves.

During this period, China and Russia were buying gold like crazy, and stories began to emerge of fraudulent deliveries of gold in China and – for those who remember – Canada, where the deliveries were also tied to the approbation of the Royal Canadian Mint.  In many cases of these fraudulent deliveries, the gold was simply wrapping a center of tungsten. Additionally, in China, loans of billions of dollars were supposedly collateralized with gold, which – again – turned out to be fraudulent.

On and on we could go.

The question is why all this happened? One could speculate on a variety of reasons, but I want to focus on the refusal to deliver Venezuela’s gold simply because the banksters did not like Mr. Chavez’s regime. Granted, there was (and is) a great deal not to like about it, but since when were gold deliveries refused on the basis of not liking a particular regime? But now thanks to this article shared by P.V., we learn that apparently Austria’s gold delivery is (or rather, was) delayed, and has been so since 2015:

As the article’s author, Jan Nieuwenhuijs observes, there was a very deliberate gold storage plan implemented by the Austrian Central Bank:

A plan conceived by the Austrian central bank in 2015 to move 50 tonnes of their monetary gold from London to Switzerland has not been realized seven years later. Here is an introduction to what could possibly have happened.

It’s very likely that up until today none of the gold that was planned to be transferred from London to Switzerland has arrived. Somewhere after January 2022, the graph above disappeared from OeNB’s website. Now the webpage reads:

The relocation [from London to Switzerland] has been postponed until organizational and logistical obstacles have been resolved.

In an email OeNB wrote me:

We can confirm that the relocation has been postponed. However, we are not allowed to disclose any details in order to comply with contractual obligations to keep business secrets of external partners involved.

You’ll note that that according to these charts, the net effect of Austria’s policy was three fold: (1) to dramatically reduce the amount of its gold stored in Great Britain, and (2) to increase the amounts stored in (a) Switzerland and (b) Austria itself.

At this juncture, the article discloses a rather astonishing thing, namely, that at some juncture the Austrian central bank knew that the gold delivery would not take place as scheduled:

So in other words, there is some “missing” gold. Here Mr. Neiuwenhuijs suspends his story, indicating he is parceling out the information over several installments.

But he dangles an interesting carrot, one which I just can’t help to elaborate in a bit of high octane speculation. Most readers of this website and of my books know that I have argued over time and in various books, presentations, interviews, and blogs, that there is a large and all but hidden or secret financial system in the world, and that gold is at the heart of it. I won’t elaborate on this hypothesis again here, but simply want to remind people of it. At the heart of this system, I have argued, is the existence of a secret gold reserve consisting of the recovery of gold looted by the Imperial Japanese military from Asia during World War Two, and much of it secreted in the Philippines. This gold reserve was, in part, recovered by American authorities secretly, and used as a slush fund for covert operations and secret research black projects. As a hidden reserve, it was a literal gold mine to banksters, for it allowed them to rehypothecate that secret reserve over and over again. 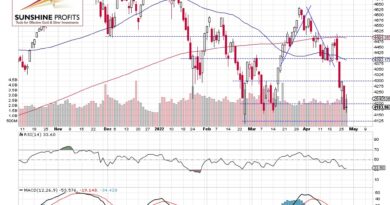 PRESIDENT TRUMP UNLEASHES ON THE ENEMY! THE [DS] RUSHING PLANS TO DESTROY US! PRAY! 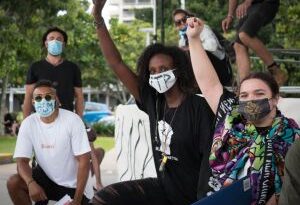 Spot the real blackfellas among the Greens