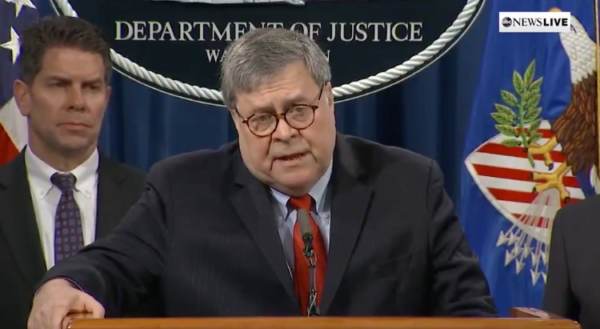 Bill Barr now says Hillary Clinton could have been charged with sedition.
If only we would have had an Attorney General who had the balls to do what was right?
If only.

Hillary Clinton even taunted him. But he didn’t have the guts.

“As far as I’m concerned he missed a bunch of classes in law school.” pic.twitter.com/Stk4rCbhOh

“I thought we were heading into a constitutional crisis. I think whatever you think of Trump, the fact is that the whole Russiagate thing was a grave injustice. It appears to be a dirty political trick that was used first to hobble him and then potentially to drive him from office,” he said on Glenn Beck’s Blaze TV podcast.

“I believe it is seditious,” he said, but he warned that those charges would be tough to prove in a court.

“It was a gross injustice, and it hurt the United States in many ways, including what we’re seeing in Ukraine these days. It distorted our foreign policy, and so forth,” the former attorney general said.

The Worst of All Possible UK PMs