While bitcoin remains stuck to a $30,000, trading in a $2k range around the “nice, round number” for the past month…

…  In its latest weekly Crypto Compass note, UBS writes that what is most stunning is how bitcoin’s biggest challenger, ETH has totally retraced its entire outperformance since late 2020 to the point where it has merely level-pegged with benchmark equities since both then and the start of 2019 for an equivalent unit of risk invested.

… the token which forms the backbone for web3, and which Goldman called the “Amazon of information” has just taken out a key long-term long-term support, tumbling 12% on Sunday to 1,500.22, the lowest price since Jan 2020.

There are several reasons for Its latest relative softening according to UBS, chief among which is a sharper drop-off in activity that is a casualty of weaker transactional demand for Ethereum-based defi and NFTs. which in turn is a function of Fed tightening which is causing asset prices to tumble uniformly (in stocks, bonds and yes, crypto too) as “crash-correlations” approach 1.

Some also point to concerns about a Terra-like implosion due to misplaced fears that a security attack on staked Ethereum could lead to a “fat tail” outcome ahead of the ETH 2 transition later this year due to 4 million ether deposited at Lido Finance, making the exchange a concentrated holder and threatening a centralized attack on the broader ETH network (Lido developer Vasiliy Shapovalov disagrees).

Additionally, some slowing in the network as the so-called ‘difficulty bomb’ begins to bite ahead of the late-summer Merge may also be exerting some drag.

Amid this wholesale selloff, bear-market blues, liquidations and outright capitulation have set in among even the most ardent crypto proponents (e.g., here). So much so that some have started to highlight how native technical indicators skew the balance of risks henceforth heavily to the downside.

Yet in comparison to prior ‘crypto winters,’ bitcoin’s price has yet to fall below holders’ average cost base (23,500), although after today’s drop, ether is now below the average cost basis which according to UBS is at 1,750.

Furthermore, net unrealized profit/ loss metrics highlight specifically how long-term holders have yet to be tested.

One way UBS suggests this could happen is via miners capitulating to sell down holdings of existing coins: indeed, their sales in early May coincided with the last lurch lower to and through 30k.

Indeed, miners’ businesses remain under significant pressure due to high energy costs and capex commitments, so their stock prices continue to make fresh lows even as the broader market has consolidated or even rebounded somewhat.

Meanwhile, as UBS adds, there has been little positive news to offset investor concerns, and the Swiss bank proceeds to list some of these, starting with stablecoin issuers who have been put on notice by UST’s collapse, while officials should feel spurred on to clamp down by Do Kown’s plans for Terra2, Justin Sun’s launch of the effective copycat USDD, and Tether’s expansion onto Tezos. Japan’s Diet has passed legislation allowing only banks and other licensed financial institutions to issue yen stablecoins as of next year. New York’s Department of Finance likewise formalized guidance mandating full backing via short-dated T-bills or equivalent, segregated accounts and monthly audits by independent US CPAs. And a new UK consultation paper just floated procedures for dealing with failed issuers and makes provisions for systemically important designation

Amongst the familiar fare of hacks, and outages, two additional items stood out in UBS’ review of key events. One was the SEC moving to investigate Binance over its 2017 BNB exchange coin listing. The latter’s price fell almost 10% in consequence. But the action matters beyond the fact that it involves the largest exchange by volumes and the industry’s third largest non-stablecoin. It signals a fresh effort to enforce securities registration that will be applicable to the vast majority of crypto ventures. This comes atop other probes into the company that were already underway. These involve possible trading abuses by corporate insiders, insufficient segregation of the firm’s local US subsidiary and concerns that it has been conducting unregulated broker-dealer activities. There is also the issue of whether founder CZ’s ownership stakes in market-makers that are active on the platform constitute conflicts of interest.

That said, UBS is quick to caution that none of this is to argue that crypto is sliding into oblivion, quite the contrary – after all Wall Street and Silicon Valley have invested tens of billions in crypto infrastructure and manpower (most did so around the time cryptos peaked),. Yet what it does point to is how the future will look very different. According to UBS’ James Malcom, players will have to embrace regulation and collaborate with existing financial service providers; thus Singapore’s just-launched Project Guardian, which represents a pilot project for the central bank to explore tokenized bonds and deposits via the establishment of permissioned liquidity pools in collaboration with DBS, JPMorgan and Marketnode. They must also have to compromise even as they seek to disrupt longstanding tradfi practices, per FTX’s bold bid to disintermediate derivatives trading by clearing customers’ swaps without the involvement of FCMs.

The good news is that, as UBS concludes, those who can last beyond the near-term downward pressure and volatility, the longer-term demand-side outlook looks exceedingly healthy when recast in such terms. Accenture’s newly released Future of Asian Wealth Management survey revealed that more than half of its 3,200 respondents already hold digital assets, and nearly three quarters plan to do so by year-end. However, two thirds of the 500 financial advisors surveyed have no plans to offer such services due to regulatory uncertainty and unfamiliarity with the space, which would require specialized research capabilities plus substantial investment in training for relationship managers.  Little wonder satisfaction ratings with primary counterparts score rather lowly.  It is also not surprising that many allocators end up relying on potentially less reliable online advice in consequence. UBS’ Global Family Office Report 2022 finds, by contrast, most of the bank’s clients are ‘cryptocurious’ rather than ‘crypto-committed’— wanting to learn about the space rather than invest. It pegged just a quarter of Asian participants as active in the space, though that rises to more than a third in North America. The vast majority of allocations amount to less than 3% of portfolios and are being made to better understand the technology as much as on the expectation of strong, diversified returns at this point.

As for Ethereum’s latest tumble, it could certainly fall more amid capitualtory liquidations, now that selling below the average cost basis means cementing losses for retail investors. But when it comes to institutions one can be certain that instead of writing off their investments in the web3 space, most will simply double down, and why not: it is already widely accepted that after the Fed hikes enough to push the economy into recession (or depression) in the next few months, it will then proceed to aggressively cut rates again…

… with the benefit of QE again, and the moment Powell capitulates – which will be some time in late 2022 or early 2023  – is when all the “growth”, high-beta assets that have gotten destroyed in the past few months, will erupt to new all time highs in anticipation of the biggest liquidity injection yet, one which is simply mandatory if for no other reason than central banks have to fund and finance the $150 trillion (with a T) spending over the next 30 years (via QE) that is unavoidable if the progressive “climate change” agenda is to pass. And it will – too many politicians and parties have staked their entire existence on it. Finally, none of this accounts for the growing risk that China, and its $54 trillion in bank assets or 150% more than the US…

… will suffer another devaluation, sparking another massive capital exodus using bitcoin and other crypto instruments.

The “Flash-Crash On Steroids” Scenario 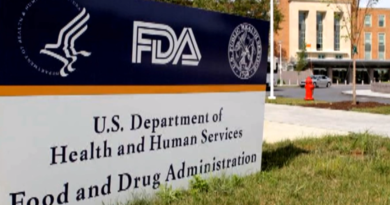 FRAUD: CDC was aware that “fully vaccinated” patients were filling up the ICUs, yet pressured the FDA to approve covid boosters WITHOUT clinical trials