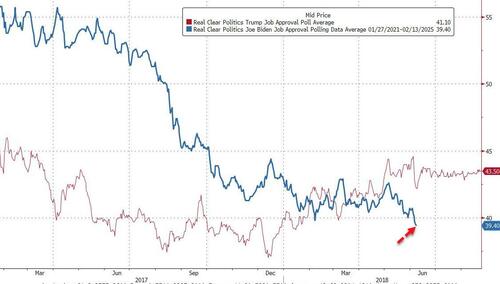 Prayers for the ‘Big Guy’

Being a government hack has its advantages.  You get eleven paid holidays per year.  You get promoted for poor performance.  The benefits are superb.  Best of all, you can get remarkably rich…even if you’re a screw up.

President Joe Biden, for example, has worked for the federal government for nearly 50 years.  His net worth is about $9 million.

Yet Biden and his wife Jill really made the big bucks between 2017 and 2020, when Biden was out of office.  Together, they hauled in $17.3 million in book deals and speaking fees.  These are some of the fringe benefits of having been a government bigwig.

The Good Book says we should pray for our leaders. First Timothy 2:1-2 (KJV) offers the explicit spiritual instruction.

“I exhort therefore, that, first of all, supplications, prayers, intercessions, and giving of thanks, be made for all men; 2 For kings, and for all that are in authority; that we may lead a quiet and peaceable life in all godliness and honesty.”

Here at the Economic Prism we have yet to say a prayer for Joe Biden.  Perhaps we should.  He’s a major screw up.  He’s President of the United States.  And he’s struggling bigtime.

According to a recent Reuters/Ipsos opinion poll, Biden’s public approval rating is just 36 percent.  Nothing is going right for the ‘Big Guy.’  Fair or not, Biden gets credit for the botched troop withdrawal from Afghanistan, raging 40 year high consumer price inflation, record gas prices, baby formula shortages, a massive border crisis, and everything else – including Kamala Harris.

On top of all that, the economy’s entering a stage of terminal decline.  After 50 years of a maniacal debt fueled spending binge, there’s nowhere left to go but down.

And going down is far less pleasant than going up…

How will Biden respond to 30 percent unemployment in the face of $20 per gallon gasoline?

Will he invoke price controls?  Will he penalize oil and gas companies with windfall profits taxes?  Will he cancel student loan debt?  Will he send more weapons overseas?

These programs, and many others, are being considered by Biden.  In fact, there’s an endless supply of destructive deals he can – and will – try.  We don’t put anything past him.

Because not only is Biden a screw up.  He’s surrounded by screw ups too.  On the economic front this is particularly true…

For example, the Environmental Protection Agency (EPA) recently mandated that Americans take more and more of their food and burn it – in the form of corn ethanol – in their gas tanks.  This is a dumb thing to do, even in the best of times.  But in a time of looming food shortages this is absolutely absurd.

These are the types of destructive decisions made by people who suffer no consequences for their actions.  They sit in climate controlled offices.  They read and send emails all day.  They attend meetings.  They lead task forces.  They build consensus.

Then, they make recommendations.  And agency boards and commissions adopt them.  Before you know it, Americans are required to burn food as fuel and there’s nothing they can do about it.

Up and down, in and out of the economy, countless interventions from government are impacting prices.  From the gasoline or lightbulbs you use to subsidizing electric vehicles and healthcare and propping up zombie companies.

The government’s finger prints are all over the place…making the prices you pay higher and the quality of goods and services lower.

Now, with inflation raging at a 40 year high, the money masters who started this problem, are tasked with stopping it.  Treasury Secretary Janet Yellen, who was also Federal Reserve Chair from 2014 to 2018, is one of the chief architects of today’s teeth gnashing inflation.

She worked in concert with her partner in crime, Fed Chair Jay Powell, to print upwards of $5 trillion between March of 2020 and May of 2022.  Powell created credit from thin air and Yellen supplied the Treasury notes for Powell to buy.  Yellen then delivered this debt based money to Congress so they could spend it into the economy with reckless abandoned.

In this respect, Yellen is a special sort of screw up.  She’s not a senile dotard poopy pants screw up like Biden.  Nor is she a dumber than a box of hair screw up like Harris.

Yellen, you see, is a faux screw up.  She feigns ignorance and befuddlement over today’s inflation.

A year ago, Yellen said there would only be a “small risk” of inflation, and that it would be “manageable.”  Now Yellen says she was “wrong then about the path inflation would take.”

The truth is, Yellen loves inflation.  She’s passionate about it.  She’s spent her whole career advocating for it.

In 1995, for instance, at a FOMC meeting, Yellen argued in favor of allowing inflation to exceed inflation targets for moral reasons.  Here’s what she said:

“To me, a wise and humane policy is occasionally to let inflation rise even when inflation is running above target.”

Yellen’s rationale was the tired old argument that inflation stimulates demand, and demand stimulates jobs, and that it’s wise and humane to have low unemployment.  This, however, is merely a feigned justification.

How Inflation Got Away from Washington Screw Ups

Yellen has spent her career working for the Fed and the Treasury.  She’s a believer in the cause.  And her cause is to stimulate inflation so that Washington can pay back the federal debt with dollars of diminishing value.  In essence, she wants to inflate away the debt.

Yet this makes Yellen not just a faux screw up; it makes her a major screw up like Biden.  For Yellen believes she can set the inflation rate like setting an indoor thermostat.  What a fool.

Four percent inflation is perhaps what she wanted.  An official inflation rate over 8 percent is what she got. [Editor’s note: At the time of this writing the May CPI report had not been released].  In reality, the inflation rate is more than double what’s officially reported.

For example, last month’s Hermits Peak-Calf Canyon Fire in New Mexico was the largest fire in the state’s history.  Over 320,000 acres of Santa Fe National Forest were scorched.

What you may not know is the fire was started by prescribed burn activities carried out by the U.S. Forest Service.  The service thought it was doing something good.  But somehow it lost control.

Yellen, Powell, and the other screw ups at the Fed and Treasury may have thought they were doing something good.  Through policies of extreme currency debasement they thought they were both stimulating the economy and reducing the federal government’s debt burden.

Alas, they lost control.  They wanted inflation  to run above target.  Instead, they got an inflationary forest fire.

Don’t let Washington’s control freak sociopaths destroy everything you’ve worked so hard for.  With inflation burning up your life savings it’s time to take the financial fire escape.  For this reason, I’ve dedicated the past 6-months to researching and identifying simple, practical steps everyday Americans can take to protect their wealth and financial privacy.  The findings of my work are documented in the Financial First Aid Kit.  If you’d like to find out more about this important and unique publication, and how to acquire a copy, stop by here today! 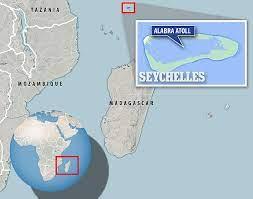