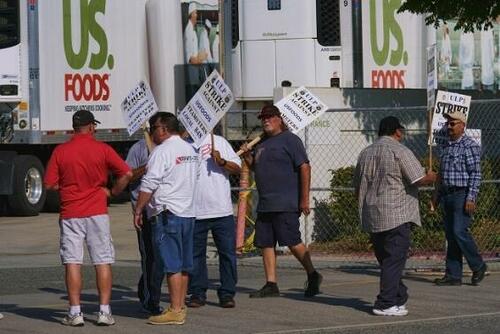 Disruptions to US food supply chains could worsen if the Teamsters Warehouse Division and several Teamster locals walk off the job at foodservice distribution centers throughout the East Coast because of unresolved labor contracts.

Teamsters released a statement revealing contract negotiations with US Foods are souring, and they “put the foodservice giant on notice that work stoppages are imminent.” This means that unresolved work contract negotiations between the labor union and the foodservice distributor could result in a strike that may disrupt the flow of food products to tens of thousands of restaurants.

Teamsters point out US Foods is under investigation by the National Labor Relations Board for allegations of unfair labor practices, including terminations, unilaterally changing working conditions, and bargaining in bad faith with union representatives.

“US Foods executives seem more interested in how they can violate the rights of their essential employees than they do in offering them a fair return on their work. My members have patiently tried to work in good faith to negotiate an agreement, but they’ve had enough,” said Todd Robertson, President of Teamsters Local 171 in Salem, Virginia.

Robertson said drivers at one of US Foods distribution centers have been trying to negotiate a fair contract for nearly a year and have yet to make progress. Workers are getting fed up, which may result in the possibility of a strike.

“Unfair labor practices and unsettled contracts are not the way to thank your essential workers.

“Local leaders across the country have told me their members have had it with the way US Foods treats them,” said Tom Erickson, Teamsters International Vice President and Director of the Teamsters Warehouse Division.

For some context about how serious a strike of drivers and warehouse employees at US Foods would be, we must understand the company has 28,000 employees and more than 70 locations across the country and delivers food products to approximately 300,000 restaurants. 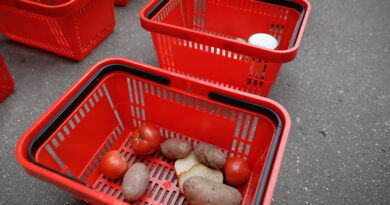 Global hunger crisis on the horizon as US, Britain, Australia, others deliberately demolish their own food production