After throwing two impeachments and a Russia hoax at Donald Trump, Congressional Democrats’ latest political theater against the former president – produced by a former TV exec for prime time – is a ratings disaster.

Their unifying theory seems to be that Trump masterminded a rag-tag mob of (fed infiltrated) groups, which ‘stormed’ the capital (through doors that were opened for them), then sauntered into various parts of the Capital – some even engaging in mayhem, in an ‘attempt to subvert Democracy’ and, we suppose, topple the US government?

Congress was back to work two hours after the interruption (aka the darkest moment in American history).

In any event, ratings for the Democrats’ latest Trump takedown attempt aren’t exactly a success, relatively speaking, as just 20 million viewers tuned in for Thursday night’s ‘prime-time’ event, according to The Hill.

By contrast, an estimated 38 million people tuned in to Trump’s inauguration, 20 million watched Christine Blasey Ford’s testimony against Justice Brett Kavanaugh, and 38 million tuned in to Biden’s State of the Union Address in March.

On a typical day, around 9 million people watched former President Trump’s 2020 impeachment trial, and 13 million or so watched the second.

In short – nobody cares.

On Thursday, Sen. Marco Rubio (R-FL) slammed the trial as “a Hollywood paid political advertisement,” adding “they hired a producer to put this thing on.”

Rubio also noted that Democrats have enshrined into law that if any protest like January 6th ever happens again at the Capitol “they’re going to put a fence up,” further asserting “They won’t do that for our country.”

Rubio pointed to the authoritarian power grab Democrats have presided over with January 6th as a pretext, noting “They still have metal detectors in the House chamber, so members have to go through them.”

“It doesn’t matter if you torched a police car, killed a security guard, that’s not as big a deal… and if you call out the National Guard or marshalls or anybody else, that’s nothing but the Gestapo, that’s their attitude,” Rubio urged.

“It reveals hypocrisy and the good news is that people see it for what it is, and that’s why they’re getting it handed to them all over the country,” the Senator declared.

Rubio tweeted out his comments made on Hannity, asking when the trial begins for the 2300 acts of looting and 600 acts of arson that were committed during the BLM riots.

Have they set a date yet for prime time hearings on the riots that left 19 dead,2,000 officers injured,97 police cars burned,over 600 acts of arson,2300 acts of looting & over $2 billion in property damage? pic.twitter.com/b27RrurJLb

Republicans noted Thursday as the show trial got underway that teleprompters were being used:

WOW they are using teleprompters. pic.twitter.com/S58eNIt9qR

It’s all part of the show, folks… 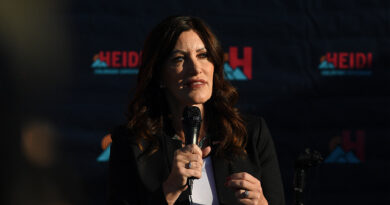 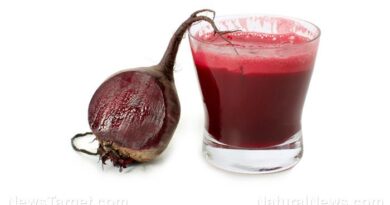 Beetroot is packed with disease-fighting antioxidants, phytonutrients and essential nutrients