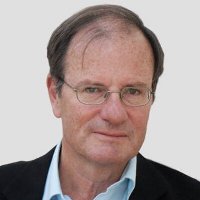 Gold and silver moved sideways this week in light to moderate trade. In European markets this morning, gold traded at $1847, down $3 from last Friday’s close, and silver at $21.70 was down 20 cents. Sentiment is increasingly negative, with a general feeling that gold and silver are failing to deliver protection as inflation hedges. But this sentiment is common with any market that is emotionally oversold. 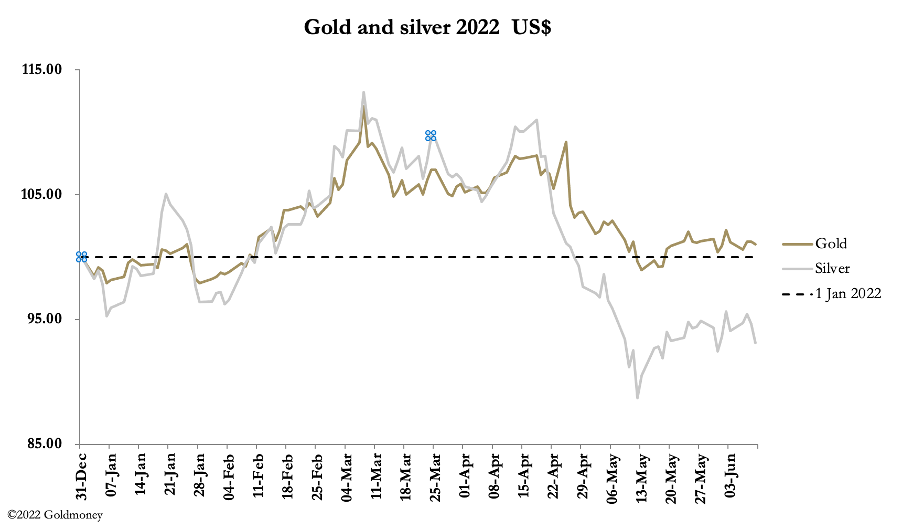 It should be remembered that the bullion banks are taking most of the short side in the paper markets and it is in their interest to close their shorts profitably. This is particularly true at the half-year stage when traders make up their books and report their profits and losses to senior management. There are still three weeks to go to end-June, so they are bound to try and keep their short positions and prices as low as possible.

There is no doubt that they have managed to suppress long interest, as the next chart of declining open Comex positions shows. 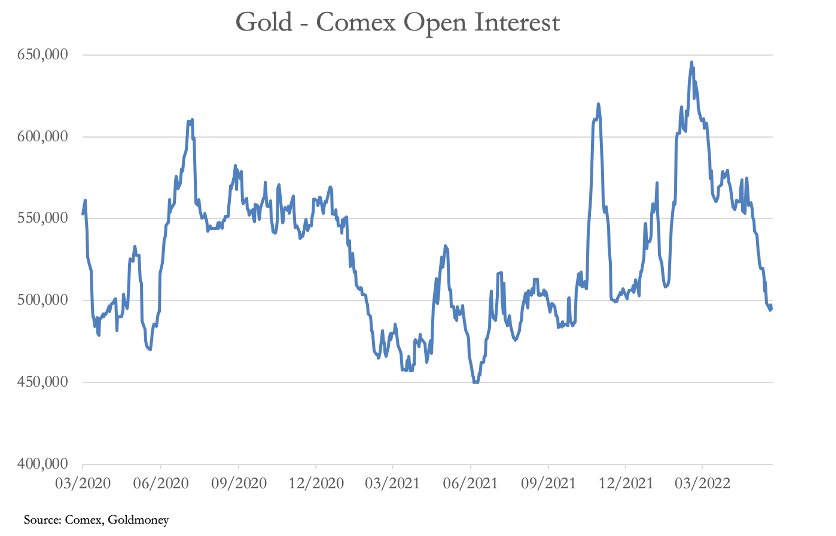 But suppressing the paper gold price comes with a cost. On Comex, we have seen a rise in delivery levels, which since the May contract ran off the board have totalled 21,825 contracts, or 67.89 tonnes. If that’s what’s happening on Comex, then the tonnage going out of the far larger London forward market similarly must be well into the hundreds.

The next chart expresses this resistance to further falls in a different way. Comex net managed money longs have declined to less than half the long-term average (50,793 v. 111,000 contracts) at a time when the dollar’s trade-weighted index has been strong. Yet, since 2020 gold has consolidated sideways rather than fallen with the decline in interest. While amateur punters are losing patience, the facts illustrate impressive underlying strength. 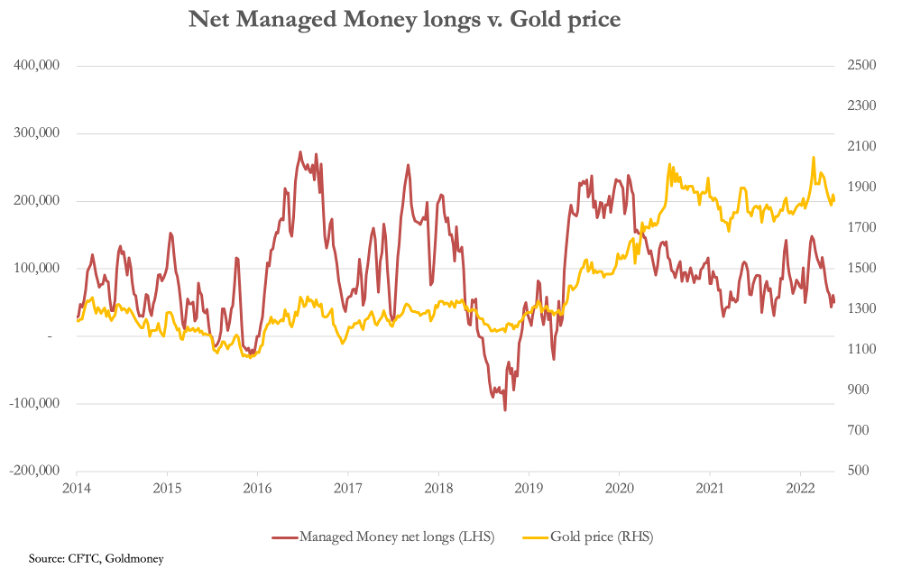 So much for the market position. In the coming weeks we can expect to hear more bad news for financial markets, and not only on the inflation/interest rate front. At a bankers’ conference in New York recently, Jamie Dimon of JPMorgan Chase gave the clearest indication that JPMorgan will restrict and contract bank credit.

We can expect all global systemically important banks (G-SIBs) to follow which means credit will be withdrawn from the financial system, accelerating financial market liquidation.

Not only will stocks and bonds will be liquidated, but revolving credit for businesses withdrawn leading to insolvencies. Dimon was signalling a credit crisis which will crash the global economy. The short-term consequences could be seen to be bad for gold because the bullion banks will push the deflation argument for all its worth, while they can. 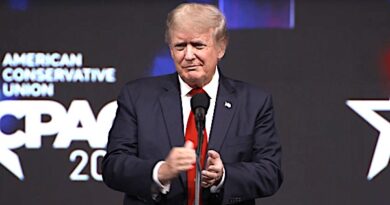 VIDEO – ALWAYS 10 STEPS AHEAD! THE RAID! COVERUP? FEAR MONGERING? WE WATCH AND LAUGH!