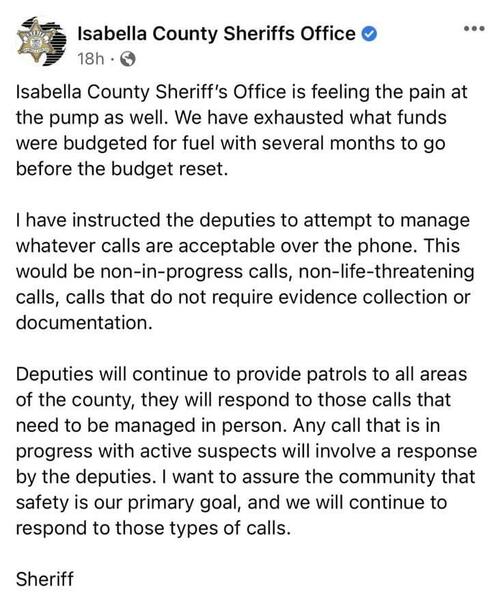 With regular gasoline prices climbing over $5 a gallon, a sheriff’s office in Michigan announced that it has blown through its fuel budget and will avoid responding to non-urgent 911 calls.

“Isabella County Sheriff’s Office is feeling the pain at the pump as well. We have exhausted what funds were budgeted for fuel with several months to go before the budget reset.

“I have instructed the deputies to attempt to manage whatever calls are acceptable over the phone. This would be non-in-progress calls, non-life-threatening calls, calls that do not require evidence collection or documentation.

“Deputies will continue to provide patrols to all areas of the county, they will respond to those calls that need to be managed in person. Any call that is in progress with active suspects will involve a response by the deputies. I want to assure the community that safety is our primary goal, and we will continue to respond to those types of calls,” Isabella County Sheriff Michael Main said in a Facebook post on Tuesday.

The announcement comes as the average price of gasoline in the US hit another milestone of $5 a gallon this week and reached as much as $5.22 in Michigan.

Fuel prices are set to keep rising as refining bottlenecks and robust consumer demand during peak driving season have depleted national stockpiles for refined products, such as gasoline, diesel, and jet fuel. 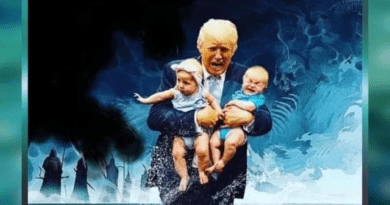 Restored Republic via a GCR as of November 7, 2022