Claims by the firm of 95% effectiveness of its mRNA flu/covid jabs are fraudulent.

“(N)o comprehensive assessment of (its mRNA drug) safety (was) made on the basis of (how the firm conducted its) studies.”

“A key determinant of a drug’s toxicity is its distribution within the body.”

“However, with the mRNA active ingredient of Pfizer’s (flu/covid jabs), this crucial aspect was never studied.”

The firm’s claimed “absence of potential for (jab) elicited disease enhancement” was based on  studies of animal species not vulnerable to coronavirus illness.

In cahoots with each other, the Pharma-controlled CDC, FDA and Pfizer “lied about” the mRNA drug “staying at the injection site.”

They knew but concealed that it circulates throughout the bodies of jabbed individuals.

It was done to rush an experimental, inadequately tested, health destroying drug into mass distribution — with wanting mass casualties in mind.

Pfizer and Pharma controlled anti-public health agencies defrauded the public by rushing to market a new technology “without carrying out a single well designed safety assessment.”

Ignored was that drugs or other biological products should never be approved for human use unless and until proved to be safe and effective by peer-reviewed studies.

Pharma firms are “required to assess the safety of all components” of new drugs or biological products before they’re permitted to sell them.

“(S)tudies conducted with versions of the product that don’t conform to exact specification(s) of the final version may serve only as supporting information for the approval of the latter.”

They “should never be deemed definitive and sufficient tests for claims of safety or efficacy pertaining to the final product.”

Yet the FDA permitted unprecedented deviations of longstanding regulatory practices to expedite the availability of Pfizer, Moderna and J & J flu/covid jabs — knowing the hazards and ineffectiveness of these drugs.

While limited toxicity studies were conducted, “the complete pharmacokinetics of the active ingredient mRNA was never studied.”

Claims of safety and effectiveness by Pfizer, Moderna and J & J were scientifically and ethically dishonest.

According to Pfizer’s own explanation of test results, animals used “experienced appetite and weight loss, had fever, clinical pathology and laboratory parameter changes consistent with inflammation.”

They had “enlarged spleens and lymph nodes.”

“Pathological findings in liver, spleen, bone marrow and lymph nodes were noted but not described in detail…just waived off as not significant.”

Pfizer and the FDA have gone all-out to keep toxicology data secret for good reason.

Evidence shows that its mRNA jabs destroy health, not the other way around as falsely promoted.

Prior FDA experience with gene altering drugs showed that it knew about the following hazards:

Induction of tumors and cancers.

Migration of product to undesired organ systems, and

Shedding of transgenic viral particles that could be transmitted to other individuals.”

Healthy individuals were not to be used as test subjects because of the risks these drugs pose.

Yet they’ve been mass-marketed throughout the US/West and elsewhere —without regard for the hazards they pose.

The FDA, CDC and other US/Western anti-public health agencies are beholden to Pharma’s profit-making interests — public health and well-being be damned.

The true toll throughout the West and elsewhere is infinitely higher than reported numbers.

Once taken, there’s no way to reverse their harm.

The more jabs gotten, the greater the destruction of health, the shorter the lifespan of individuals getting them.

Since seasonal flu/influenza was renamed covid, we’ve been lied to and scammed by ruling regimes, their anti-public health agencies, Pharma and their MSM press agents.

All things flu/covid is the mother of all state-sponsored scams.

He called flu/covid “the greatest hoax in history” for good reason.

Climate change and flood is the new norm 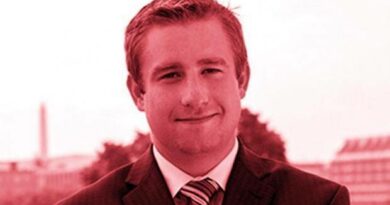 EXCLUSIVE: Attorney Believes Evidence Will Soon Be Released That Confirms FBI in 2016 Investigated Seth Rich’s Laptop, Knew He Supplied Emails to WikiLeaks and Knew Russia Collusion Was a LIE