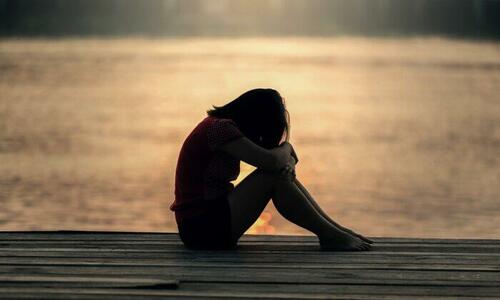 Authored by Marina Zhang via The Epoch Times (emphasis ours),

A June study by researchers from the University of Sydney highlighted concerning trends of increased screen time, alcohol use, and poor sleep for teenagers due to the COVID-19 pandemic. The increase has implications for teens’ long-term health, said researchers.

“We know these lifestyle risk behaviors are common among young people, but we also know they are key predictors of chronic diseases later in life, such as cancer, cardiovascular disease and mental disorders,” said lead author Dr. Lauren Gardner, Research Fellow at the University’s Matilda Centre for Research Excellence in Mental Health and Substance Use.

The authors of the study expressed special concern at an observed increase in alcohol consumption, recreational screen time, and insufficient sleep, particularly in girls.

Researchers compared responses over the 2-year period from pre-pandemic 2019 to 2021, during the pandemic. The authors compared trends in six key lifestyle behaviors that put teens at risk of chronic disease in later life. These include physical inactivity, poor diet, recreation screen time, inadequate sleep, alcohol use, and smoking.

A 2021 study conducted in the United States reported similar findings, with average screen use found to be 7.7 hours per day; almost double respondents’ pre-pandemic estimate of 3.8 hours.

“Though social media and video chat can foster social connection and support, we found that most of the adolescents’ screen use during the pandemic didn’t serve this purpose,” said Nagata.

In addition to the screen time increase, a greater number of teens reported alcohol consumption: an increase from 2 percent to 10 percent of survey respondents. While researchers expected an increase in alcohol consumption as the cohort aged; they were surprised to find that it was greater for females than males.

Other risk factors such as smoking, poor diet, and physical inactivity also reported increases. Researchers say the increases, although associated with the pandemic, were not significant.

Prof. Maree Teesson, director of the Matilda Centre, said the new study reinforces other international research highlighting the varied impact of the COVID-19 pandemic across countries and within regions.

“Supporting young people to improve or maintain positive health behaviors is important,” she said. “The full extent of the impact of the pandemic on children and young people is being recognized internationally.”

China Lashes Out At Export Curbs In Blinken Call, Says US “Blinded By Ideology”