Held from June 6 – 10 in Los Angeles, imperial arrogance and displeasure with the empire of lies were prominently featured.

The Biden regime excluded Cuba, Nicaragua and Venezuela from the summit because they’re free from hegemon USA’s control.

Mexico, Bolivia, Honduras, Grenada, St. Kitts and Nevis, as well as St. Vincent and the Grenadines, sent lower level delegations instead of their leaders — in protest against US imperial arrogance.

Addressing the summit on Thursday, the fake Biden ignored how the empire of lies operates in a part of the world it arrogantly calls its back yard, dubiously saying:

“There is no reason why the Western hemisphere can’t be the most forward looking, most democratic, most prosperous, most peaceful, secure region in the world (sic).”

In response, Belize’s Prime Minister, John Briceno, objected to the exclusion of Cuba, Nicaragua and Venezuela from the event, saying:

“This summit belongs to all of the Americas.”

“It is therefore inexcusable that there are countries of the Americas that are not here, and the power of the summit is diminished by their absence.”

“At this most critical juncture, when the future of our hemisphere is at stake, we stand divided.”

“And that is why the Summit of the Americas should have been inclusive.”

“Geography, not politics, defines the Americas.”

Briceno also slammed the illegal US blockade of Cuba.

Calling it an “affront to humanity,” he added:

“The time has come to lift” what never should be imposed against any nation.

“We definitely would have wished for a different Summit of the Americas.”

“The silence of those who are absent is calling to us.”

At a People’s Summit for Democracy in Los Angeles — promoting the real thing, not a fantasy version — to counter the US-hosted event, Bolivian Senate President Andronico Rodriguez said the following:

“This awakening of the peoples of South America, of Latin America, is beginning to radiate throughout the Americas and the entire world.”

“It is the time of the peoples, not of the empire.”

Co-organizer of the People’s Forum, Manolo De Los Santos, called it “a summit of the people, an international meeting of friends,” adding:

“We are uniting in all corners of the world.”

“The other summit excluded the people of Cuba, Venezuela and Nicaragua as well as our women, our Black and Indigenous people.”

“Where governments deprive us from our voice, peoples will be there to represent us, to speak on our behalf,” adding:

Cuba was the first hemispheric country to successfully rebel against US imperial dominance and subjugation of regional nations.

“Others tried the same before and were subjected to coups…and transnational campaigns of terror like Operation Condor.”

“Cuba was expelled from the OAS.”

“It was separated from its natural place.”

The empire of lies “financed invasions and continues to sponsor attacks against the Revolution.”

“That time has passed.”

“Here we are standing tall, ready to continue building the struggle, joining our efforts, moving forward…advancing toward a new America, our America, a popular, socialist, revolutionary…America of the 21st century.”

Argentine Professor Juan Martin Gonzalez Cabanas called the Biden regime’s hosted summit a “failure… a major diplomatic blow” to the empire of lies — even though the boycott of some regional nations was only symbolic.

The Biden regime’s so-called “Americas Partnership for (hemispheric) Economic Prosperity (sic)” was undisguised code language for continued US sought regional dominance by whatever it takes to control its member states.

Symbolic or otherwise, boycotting countries showed resistance against the empire of lies — cracks in its ability to maintain a grip over nations wanting to breathe free from its exploitive control. 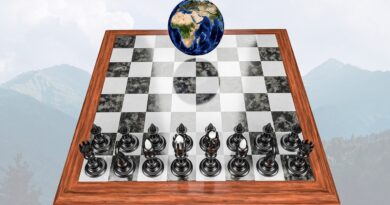 The West Declared Economic War On Russia, And Now Russia Is Striking Back In A Major Way 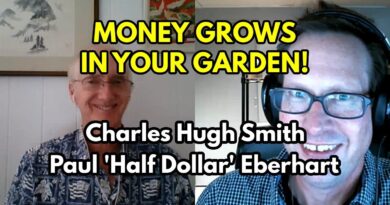