The latest from Greg Reese.

The two party system in America that we have today is a result of the Civil War.

In 1870, John Stephens, a Republican state senator who advocated for the rights of African-American was murdered in the Caswell County Courthouse by the Ku Klux Klan, as part of a terror campaign being carried-out by the Democrat Party.

By the end of the century, the Democrat Party helped foster several radical left pro-Communist groups, such as the National Labor Union, the Revolutionary Socialist Party and the Social Democratic Party.

In the 1900s, the Democratic Party’s new Radical Left began killing members of law enforcement and government officials in several major US cities, which culminated in 1920, when US Attorney General Alexander Mitchell Palmer ordered a series of raids that targeted these Leftist organizations.

By the 1940s, the Democrat Party had to go underground with their Communist plans to overthrow America but this did not last long. The Leftist media soon labeled this pro-American movement as “McCarthyism” and portrayed it as un-American.

During the early 1970s, with the support of Pop Culture media, the Democrat Party’s Weather Underground started riots, murdered police and bombed government buildings, including the United States Capitol Building.

And today, the Democrat Party’s anti-American, Communist crusade has grown to an unstoppable force, with the support of Hollywood, the big banks, corporations and private think tanks, as well as the majority of the Republican Party.

Today, the Democrat Party’s radical BLM and Antifa are able to murder Americans in cold blood and burn down cities, while law enforcement defends them and the average American supports them.

What we are witnessing today is the final act in the destruction of individual liberty, Natural Law and the Bill of Rights.

And what follows will be a tyranny unlike anything we have ever seen in recorded history.

Because the average American no longer cares about freedom. Today’s Liberal Democrats are all on board with illegal wars for profit, imprisoning their opposition ad exploiting the most innocent among us, our children.

The American People have become fat, drunk and stupid, with swollen egos incapable of seeing even the most minute flaw in their own character.

The American People have become so dumbed-down that all the enemy has to do is lie and no matter how radical the lie is, they will believe it.

Some of us would gladly die for freedom. Thousands already have. But unfortunately, most of us will do nothing but comply.

The biggest cowards in human history can be found today in America, because with only the slightest bit of courage, we could turn this all around. When Will Americans Figure Out That They Live Under the Spectre of Communism in a Communist Run State? 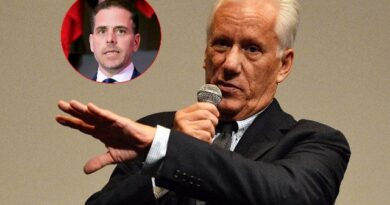