Throughout the years, people at the World Economic Forum (“WEF”) have said some highly disturbing things, none of which garnered proper media attention. When one pieces together the topics championed by WEF, an overarching theme emerges – the total control of humanity using media, science, and technology while reshaping democracies to form a global government.

If this sounds like a far-fetched conspiracy theory, keep reading. We are sharing the 10 most dystopian things according to The Vigilant Citizen, one at a time, that are being pushed by WEF, right now. They are in no particular order because they’re all equally crazy. Here is the third on the list.

This title sounds like a far-fetched conspiracy theory cleverly worded for sensationalism. But it is not. Here’s a video from Davos 2018 where Pfizer CEO Albert Bourla discusses pills that contain microchips.

“FDA approved the first ‘electronic pill’, if I can call it like that. It is basically a biological chip that is in the tablet and, once you take the tablet, and it dissolves into your stomach, it sends a signal that you took the tablet. So, imagine the applications of that, the compliance. The insurance companies would know that the medicines that patients should take, they do take them. It is fascinating what happens in this field,” Bourla said.

Is this field truly fascinating? Or utterly dystopian? As Bourla himself said: Imagine the compliance. This kind of technology could easily open the door to all kinds of nefarious applications. Since then, Covid put Pfizer in a position of power never seen before for a pharmaceutical company.  And like Pfizer, WEF is also using Covid to further its agenda.

For those who don’t believe WEF’s dystopian dreams could become a reality, below we note some examples of technology that had already been developed by the time Bourla made his remarks.  While reading below, keep this question in mind:  who are the real beneficiaries of “electronic pills”?

NASA developed ingestible sensors in the 1980s to monitor the core temperature of their astronauts. Some athletes have adopted these sensors as well, wrote SciTechDaily.  Researchers have also created sensors with cameras to create footage from inside the body.

Proteus Biomedical’s smart pills, which are pills that include embedded microchips, were set to launch in the UK in 2012, with the collaboration of Lloyds Pharmacy. It was announced on 13 January 2012 that these pills would be able to monitor a patient’s use of medications.

The development of Proteus’ smart pills began some years before.  In 2009, Singularity Hub wrote, “clinical trials are set to begin within the next year, with participating patients receiving medication for birth control, post-op management, psychiatric help and elderly care.”

Proteus Biomedical was a Silicon Valley start-up.  The microchip they were developing was about the size of a grain of sand called an ingestible event marker (“IEM”). The idea being the IEM was to be embedded within a pill and swallowed along with a patient’s medicine.

In 2008, MIT’s Technology Review magazine published an article about Proteus Biomedical and their “networked pill: a new information system that records what pills do to the body.”  Proteus was planning clinical trials for their “Raisin” system in 2009.

In 2012, IEEE Spectrum reported that UK’s Lloyds Pharmacy chain would be selling pills using the Raisin system in September which included a microchip to monitor patients’ heart rate, respiration, posture as well as sleeping patterns. The program, called Helius, would “include a red placebo sugar pill containing a safe and soluble microchip developed by Proteus that patients swallow alongside their existing medicines; an adhesive patch to be changed once a week; and, data support.”

IEEE Spectrum noted privacy issues with this system such as information being transmitted from the monitoring system to the patient’s phone or physician’s computer being hacked.  But the writer noted a more dystopian issue:

Given the cost of medical prescription non-compliance in the US, I can easily envision a time when this type of technology becomes a mandatory practice, i.e., required by your health insurance company (or your employer who is paying for your insurance or maybe even the U.S. government in the case of Medicare or Medicaid) for getting your prescription covered/reimbursed.

And given that the information is being electronically captured, I can also see a point in future where such information automatically becomes part of a person’s electronic health record. For those on medications for a long period, especially those with mental health issues, such technology could be seen to be pretty intrusive.

By September 2015, Proteus’ ingestible sensor with its wearable patch had been cleared by the US Food and Drug Administration (“FDA”) for use in the US, and Comminutes Europeans (“CE”) marked per the Medical Device Directive for use in the European Union.

In 2017, the first digital medicine, Abilify MyCite, was approved by the FDA. The drug-device product combined pharmaceutical company Otsuka’s Abilify (aripiprazole), for the treatment of serious mental illness, embedded with the Proteus’ ingestible sensor, IEM, in a single tablet to digitally record ingestion and – with patient consent, or so they claim – share information with their healthcare professionals and caregivers.

In June 2020, MobiHealthNews reported that Proteus had filed for bankruptcy after months of being unable to secure additional funding for its ingestible-sensor business.

“Filing for bankruptcy protection allows Proteus to continue its sales process in a more concerted and efficient manner while continuing to run the business as usual,” the company told MobiHealthNews.

Otsuka was one of Proteus’ top creditors and said it wouldn’t be putting out an official statement on its business partner’s bankruptcy adding that delivery of Abilify MyCite – a sensor-enabled version of Otsuka’s schizophrenia drug that was developed as a result of the companies’ collaboration – will not be affected. “We want to make it clear that this development is not expected to have an impact on our digital medicine program,” the Otsuka representative said.

In August 2020, Otsuka’s US subsidiary acquired Proteus’ technology assets for $15 million through its bankruptcy proceedings. “The purchase of Proteus assets and intellectual property will serve as a catalyst for implementing the next phase of our digital medicine program,” said Kabir Nath, president and CEO of Otsuka.

At the time of Otsuka’s acquisition of Proteus, hundreds of start-ups were trying to succeed in a digital health market that was flush with cash.  “Investors poured $5.4 billion into healthcare technology start-ups in the first half of 2020, according to digital health venture capital firm Rock Health,” Fierce Healthcare wrote. However, Proteus’ product price was one of the issues, “Abilify MyCite … costs upwards of $1,600 per month.”

Bacteria on a Chip

In 2018, MIT researchers succeeded in building an ingestible sensor equipped with genetically engineered bacteria.  This “bacteria-on-a-chip” approach combines sensors made from living cells with ultra-low-power electronics that convert the bacterial response into a wireless signal that can be read by a smartphone.

In the decade leading up to 2018, synthetic biologists had made great strides in engineering bacteria to respond to stimuli such as environmental pollutants or markers of disease. These bacteria can be designed to produce outputs such as light when they detect the target stimulus.  But specialised lab equipment is usually required to measure this response.

To make these bacteria more useful for real-world applications, the MIT team decided to combine them with an electronic chip that could translate the bacterial response into a wireless signal.

For their initial demonstration, the researchers engineered a probiotic strain of E. coli to express a genetic circuit that caused the bacteria to emit light when they encountered heme as an indication of bleeding from a gastric ulcer. The researchers equipped the sensor with a battery but said it could also be powered by a voltaic cell sustained by acidic fluids in the stomach.

“The goal with this sensor is that you would be able to circumvent an unnecessary procedure by just ingesting the capsule, and within a relatively short period of time you would know whether or not there was a bleeding event,” said Mark Mimee, a lead author of a 2018 study funded by NIH to demonstrate that their sensors work in pigs.

In January 2022 European Commission President Ursula von der Leyen announced a new European Chips Act during a “Special Address” at The Davos Agenda.  We need to radically raise Europe’s game on the development, production and use of this key technology,’ she told The Davos Agenda, “there is no digital without chips and the European need for chips will double in the next decade.”

You can watch other clips from von der Leyen’s “Special Address” at The Davos Agenda 2022 HERE or her full 30-minute address HERE.

Perhaps it’s worthwhile taking a closer look at what the European Chips Act contains and why von der Leyen is promoting Europe’s “need” for chips to double in the next decade. 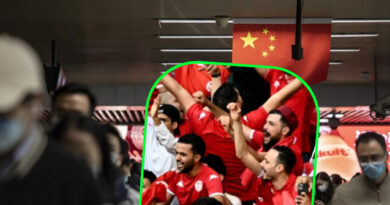