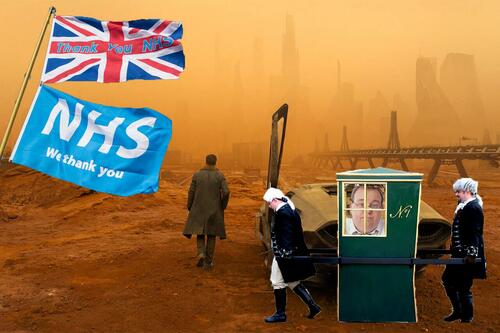 Authored by Sam Ashworth-Hayes via The Critic,

You’ll own nothing, and you won’t be particularly happy about it…

You wake to the headlines, overlaid on your vision by Neuralink. The High Speed 2 line between London and Luton has been delayed again, with the total cost now set to overtake the GDP of Angola. Polish politicians are complaining about the waves of British plumbers and builders undercutting wages on construction sites. An unskippable advert for a pyramid scheme. Commando raids in Morocco by heavily militarised donkey sanctuaries have freed two mules, leaving 16 locals dead. Ofcom has issued a Fatwa against the dangerous underground “Daily Mail” organisation for disinformation. It’s 6am on the 10th of June, 2049. You own nothing, and you’re not particularly happy about it.

Your day begins with a quick top-up to your calorie credits. You roll out of bed, stand on the pressure-sensitive mat, and turn on the large wall screen. The instructor, morbidly obese but officially healthy, waves cheerily to the millions of early risers across the nation, rolls of fat wobbling under her arm. As you follow the instructions, a camera mounted on your television tracks your movements and estimates your calories burned. Ten minutes later, you’re judged to have Done Your Bit for Our NHS. A cheery jingle plays to congratulate you, and your wrist buzzes as a small sum is added to your balance. You decide a shower isn’t worth the time or carbon credits.

Gulping down the government issue nutriguel, you check in with Transport for London. The “work from work” order is still in place, nominally due to the productivity spillovers generated by people bouncing off one another by the watercooler. Given that office work now takes place entirely in a virtual metaverse, you can’t help but feel that it has slightly more to do with the regular donations to the Conservative party from the landlords pressure group (Commercial Unit National Trust).

The TfL AI cheerfully informs you that due to unforeseeable delays on the line, today’s commute is expected to last an hour longer than scheduled, as it did yesterday, the day before, the previous week, and indeed most of the previous five years. The tube driver union is still adamantly opposing automation, or indeed the hiring of a second driver, while the rail replacement bus service is being diverted around Slough for reasons best known to the planners. Walking it is.

On the way into the office you stop for a coffee. The latte takes a chunk out of your calorie budget, but you figure the walk should offset part of that. As you pay, your triple balance flashes across your vision — calorie credits for food, carbon credits for energy, and of course bio credits for access to key services, all non-transferrable and locked to your unique ID card. The last of these is startlingly low, and you make a mental note to drop into the HMRC biobank to make your monthly PAYE deposit on the way home. You’ve already secured a discount on the Pod rent by paying blood into the landlord rejuvenation pool; the spinal fluid will be going towards your student loan repayments. You briefly consider what it might be like to pay for everything in cash, and shudder at the thought.

The triple credit system might not be “efficient” — more than a few economists found themselves on the wrong side of an NHS Euthanisation Order based on ill-judged comments when it was first instituted — but it is certainly fair. So long as you Do Your Bit with monthly donations you’re practically guaranteed somewhere to live. This is not to be sniffed at; ever since the Johnson administration passed a “street vetoes” policy giving homeowners the right to veto developments within a five mile radius, housebuilding has been quietly acknowledged as politically impossible. The greenbelt now covers half of England. In the remaining parts, NIMBY organisations conspire to scatter endangered newts over plots of land scheduled for planning inspection.

Between this policy and the influx of workers on high skill visas — care workers, fruit pickers, janitors and so on — asset prices have rocketed. This has been widely acknowledged as a political masterstroke, securing the prosperity of the Boomer majority and with it their votes. Admittedly, the hordes of dispossessed young people roaming the countryside in barbarian encampments raiding cities for supplies of food, fuel and avocados presents a temporary problem, but the Treasury is optimistic that the new Net Zero Child Tax will eventually cause this problem to resolve itself. Breaking from your reverie, you step respectfully aside as a Landlord’s litter makes its way down the street, carried aloft on the shoulders of his tenants.

You’re surprised to see one in the city; the vast majority of the Boomers fled urban areas in response to Covid-23, snapping up countryside properties and fortifying them against potential insurrection. Your wrist buzzes again, and you hurriedly swallow your daily mix of supplements and medication with the dregs of the coffee. Your wrist buzzes as the chip inside each pill registers compliance with your personalised regime.

By 2034, it was widely agreed that the increasing rates of depression and mental illness were due almost entirely to brains evolved for hooting at the monkey in the other tree being repurposed as homogeneous labour in hyperspecialised jobs. The idea of restructuring society to address this was briefly considered, until the effect on house prices was factored in. Antidepressants are now uniformly prescribed on the NHS as a tool of first recourse.

As you arrive at work, your wrist buzzes one last time. A message in the corner of your vision informs you that you are just four years away from getting a new passport. The official explanation is that COVID-related backlogs are still working through the system, but you suspect the Treasury has vetoed supply in order to prevent the taxbase fleeing abroad. Inside, the office is almost blank: grey carpet, white tiled ceiling, windowless white walls, white cubicles, empty desks. You’ll be 40 next month. You are worried about being able to afford podrent without transfusion fees. You sit down and log into the company intranet, and the spreadsheets splash over your vision, wiping the world from existence. 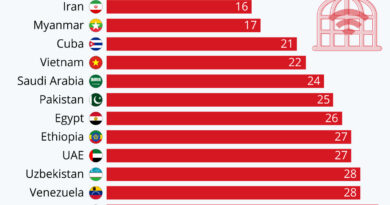 Where Governments Have The Tightest Grip On The Internet 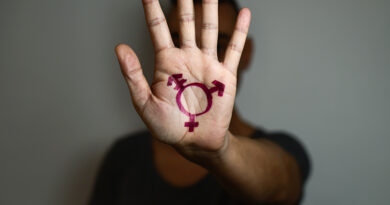