The key question remains when global supply chain congestion will ease worldwide. That’s a difficult question to answer, though the head of DHL’s freight-forwarding unit sheds color on when he believes bottlenecks will abate.

“I don’t think we’re going to go back to this overcapacity situation where rates were very low. Infrastructure, especially in the US, isn’t going to get better overnight, because infrastructure developments take a long time,” Scharwath said.

Supply chains between China and US West and East Coast have been easing since China’s ZERO Covid policy locked down Shanghai earlier this year. But the recent reopening of Shanghai could result, as explained by Goldman Sachs analyst Jordan Alliger, in a backlog of goods flooding shipping lanes between China to Los Angeles/Long Beach port complex by July-August.

DHL’s Scharwath expanded on the Shanghai situation and how the manufacturing hub is “smart to open up slowly to make sure that this clog goes out piece by piece and bit by bit to get the flow running.”

Besides Goldman, California port leaders and the National Retail Federation are anticipating a surge in imports in the coming months. To Scharwath’s point: supply chains will remain congested in the second half of 2022.

“Any stress you put on top of it, doesn’t matter where in the world, will have influence in other parts of the supply chain,” he said. “Five years ago, the Korea situation wouldn’t have had an impact. Now it has.”

.. and how to unclog global supply chains? One way is for the Federal Reserve to aggressively tighten interest rates and throw the largest economy in the world into a recession next year. 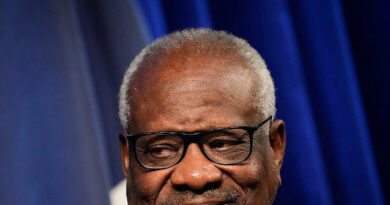