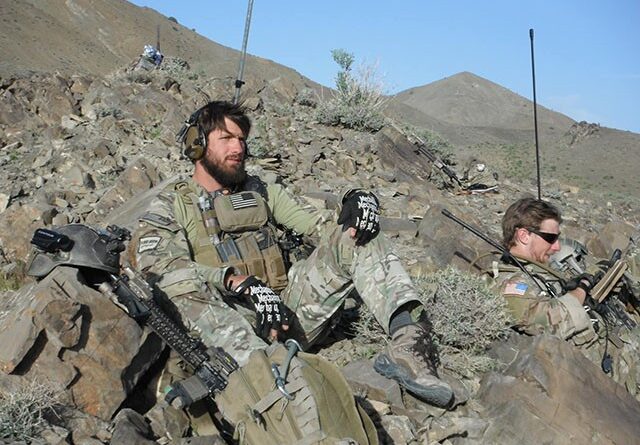 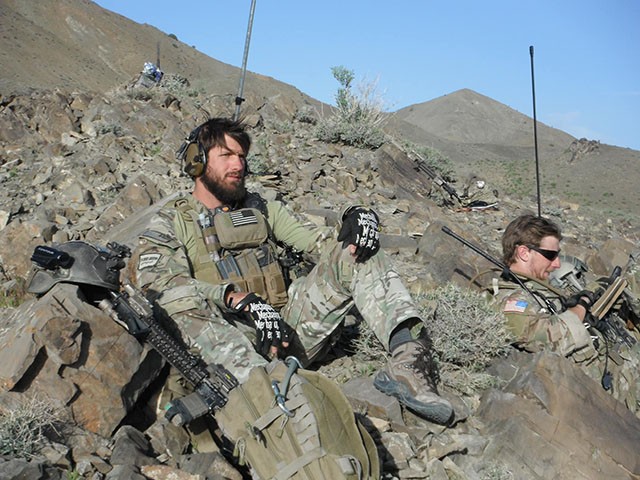 Virginia Republican House candidate Derrick Anderson said Democrat Rep. Abigail Spanberger (D-VA) “gets permission from Nancy Pelosi and the ‘Squad’ to vote a different way just so she can try to prop herself up” and appear moderate.

Appearing on SiriusXM’s Breitbart News Saturday, host Matthew Boyle pointed out that Spanberger votes for “every single key element of the Biden agenda.”

“I think she votes with [‘Squad’ member Alexandria Ocasio-Cortez (AOC )] and Pelosi around 93% of the time,” Anderson said. “If you look at her voting record, and you talk to people throughout the district, it’s really interesting because she’ll say one thing to their face, but then go vote in the complete opposite direction when she gets up in Congress, which is completely disingenuous.”

Anderson, a former Green Beret who served six tours overseas, is running for Virginia’s Seventh Congressional District — which is currently represented by Spanberger.

Spanberger made headlines when audio was released of her on the phone with House Speaker Nancy Pelosi (D-CA) chiding the left’s “defund the police” movement.

Many in conservative circles believed this to be staged, giving Spanberger — who is vulnerable in her district — an opportunity to appear moderate relative to her party.

Anderson pointed out the Virginia Democrat’s record on the issue.

“Last January, she’s talking to Nancy Pelosi on the phone and she mentioned ‘enough with this defund the police movement,’ but at no time during the year up until about January, February this year — so she waited almost a year — did she visit any of the sheriff’s offices,” he explained. “In fact, in Culpeper County in central Virginia, I think it was back in February was the first time she had been to one of the sheriff’s offices is almost a year. She took a PAC check from AOC’s defund the police political action committee. She voted with Nancy Pelosi and her legislation to try to defund the police.”

Anderson also described Spanberger as “the definition of an opportunist” when wanting to appear moderate.

“If you fast forward with Afghanistan, she waited until two days before the withdrawal, and the day that those 13 U.S. service members were killed, and then and only then did she stand up and say anything about the withdrawal in Afghanistan,” Anderson said.

“What had happened in Afghanistan, the botched withdrawal, watching billions of dollars worth of equipment fall into the hands of the Taliban, watching the Biden administration fail to even mention the 13 service members that were killed in his State of the Union address,” he continued. “You watch all of these things that the Biden administration failed on with the withdrawal in Afghanistan.”

Anderson also pointed out Spanberger’s opportunism with regard to Virginia’s recent gubernatorial race, which saw political outsider Glenn Youngkin beat former Virginia Gov. Terry McAuliffe (D) in a race that appeared to drive parents to the polls who were concerned about what their children were experiencing in schools. 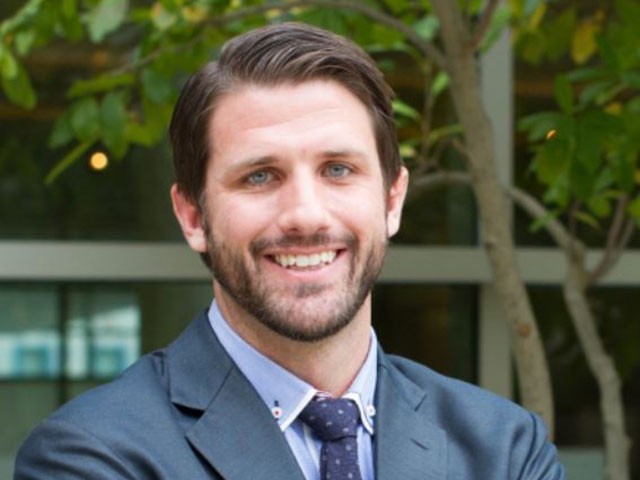 “At no point during the entire campaign, when Terry McAuliffe was standing up and he said, ‘Hey, you know, parents don’t have a right and kids education,’ at no point when Glenn Youngkin stood up and said, ‘Hey, Terry, guess what? Parents do have a right in their kids’ education,’ at no point did Abigail Spanberger stand up for the parents or with Glenn Youngkin,” he explained. “Instead, she waited two days after the election, and then and only then did she go to the New York Times and say, ‘Hey, by the way, Joe Biden, no one elected you to be the next FDR, your policies are chaos.’”

After that, Anderson added, Spanberger brought Biden to Culpeper County in the Seventh District, calling the move “absolutely insane” because “if you fast forward again, she goes back to the New York Times a few weeks later and says, ‘But I’m not necessarily all in on Joe Biden.’ I mean, that is literally the definition of an opportunist.” 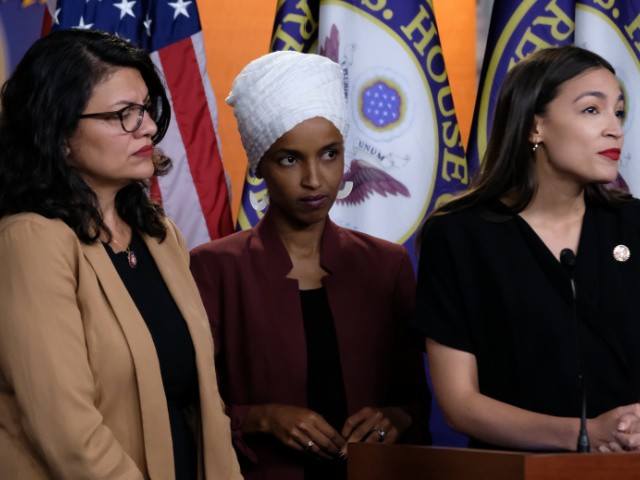 The Virginia Republican also pointed out that Democrats will be trying to use their primetime televised January 6 Committee hearings through November’s election to “cover up all of the issues that they have across the country.” 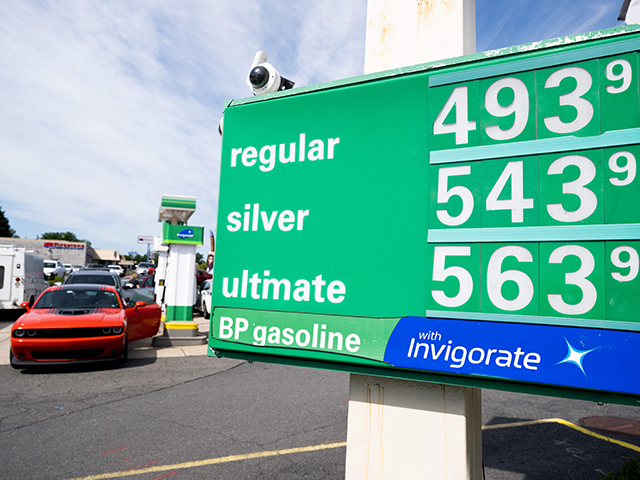 A sign displays the price of fuel at a gas station in McLean, Virginia, June 10, 2022. (SAUL LOEB/AFP via Getty Images)

“I live in Spotsylvania County … when you’re pumping your gas at the pump, it doesn’t matter if you’re Democrat, Republican, an independent, a moderate — guess what? The gas pump does not discriminate against you. You’re still paying over $5 a gallon, and the Democrats just don’t want to talk about it.”

Anderson also pointed out that, due to Census redistricting, Spanberger no longer lives in the Seventh Congressional District, saying, “She’s not seeing the faces of people sitting at the gas pump.”

Immigration is yet another issue from which Democrats are trying to run.

Explaining that the “Biden administration’s failed policies along the border have now made every county, every city, and every state a border state,” he described how some Democrats in Virginia might not understand how the border crisis affects their lives.

“In our district, specifically, because you know, you get this question sometimes … I’ve run into some Democrats along the way and they say, ‘Oh, well, what’s the problem at the border? We live in Virginia, Derrick, I don’t understand,’” he said. “I go, check it out …  just in the last two weeks, I got a call from a sheriff in one of our counties out and Shenandoah — so out in the rural areas of our of the Seventh Congressional District. They had two massive fentanyl busts in Virginia — in the Shenandoah Valley of Virginia — because the Biden administration’s failed policies along the border have now made every county, every city, and every state a border state.”

But Anderson does not believe the January 6 Committee will be enough to distract the American people from the issues they are facing.

“I think our district, the Seventh Congressional District in Virginia, is going to be the tip of the spear for that, it’s going to be the bellwether for the country,” he said about the potential for Republicans to sweep the House this November.

He will be competing in a June 21 primary for the Republican nomination in Virginia’s Seventh. 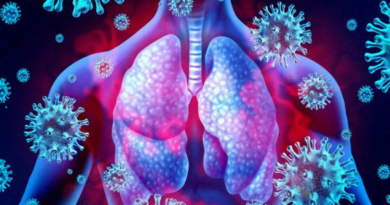