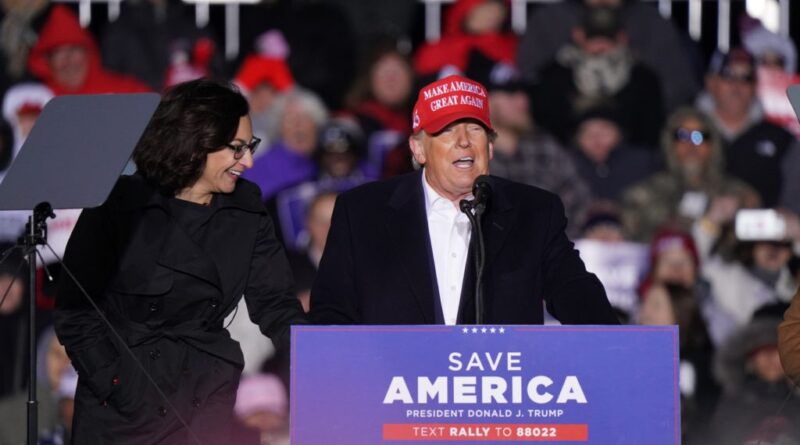 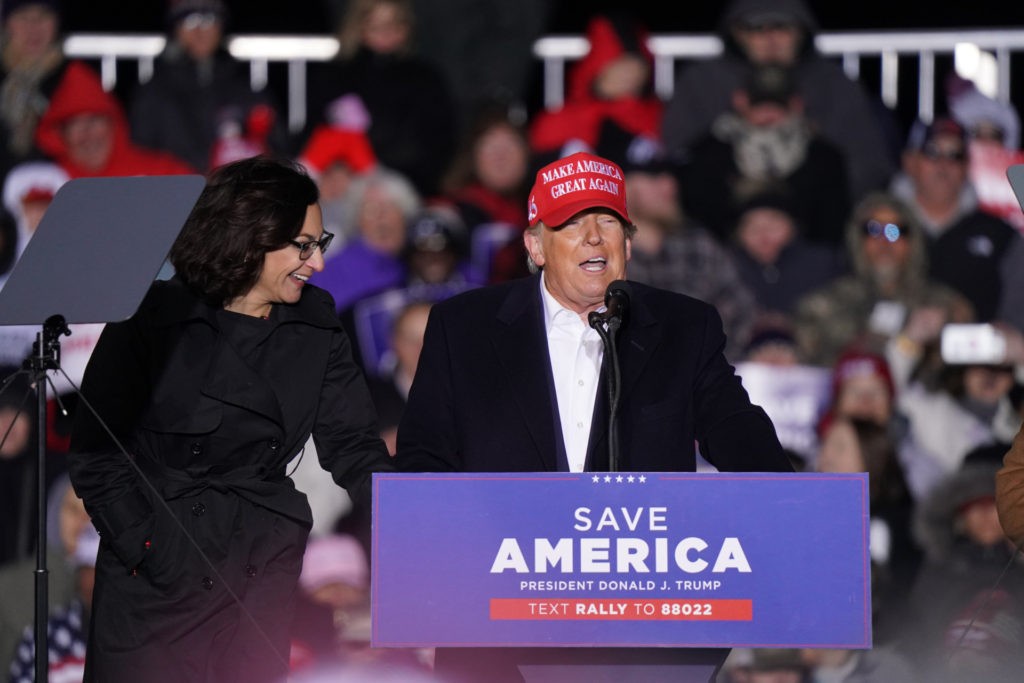 South Carolina congressional candidate Katie Arrington said her opponent, Rep. Nancy Mace (R-SC), “is a Democrat” and that “she lied to everyone” to get elected, during an appearance on Breitbart News Saturday.

Arrington said her message of “positivity” has resonated with South Carolina voters across her district.

“This message is about positivity. Believe in America, take America back again. Again. It’s just been phenomenal. The groundswell on this effort has been just amazing,” Arrington said.

Former President Donald Trump, right, is joined on stage by Republican House of Representatives candidate Katie Arrington to the crowd during a rally at the Florence Regional Airport on March 12, 2022 in Florence, South Carolina. (Sean Rayford/Getty Images)

She told a story on the campaign trail about how one supporter asked her to stop calling D.C. a “swamp,” and instead call it a “sewer.” She then called out the Washington “sewer” for pumping massive campaign funding into her opponent.

“And the sewer has been pumping in so much money to try and hold on to RINO Mace. It is almost laughable. $2.5 million in advertising and not one thing that they’ve said,” Arrington said. 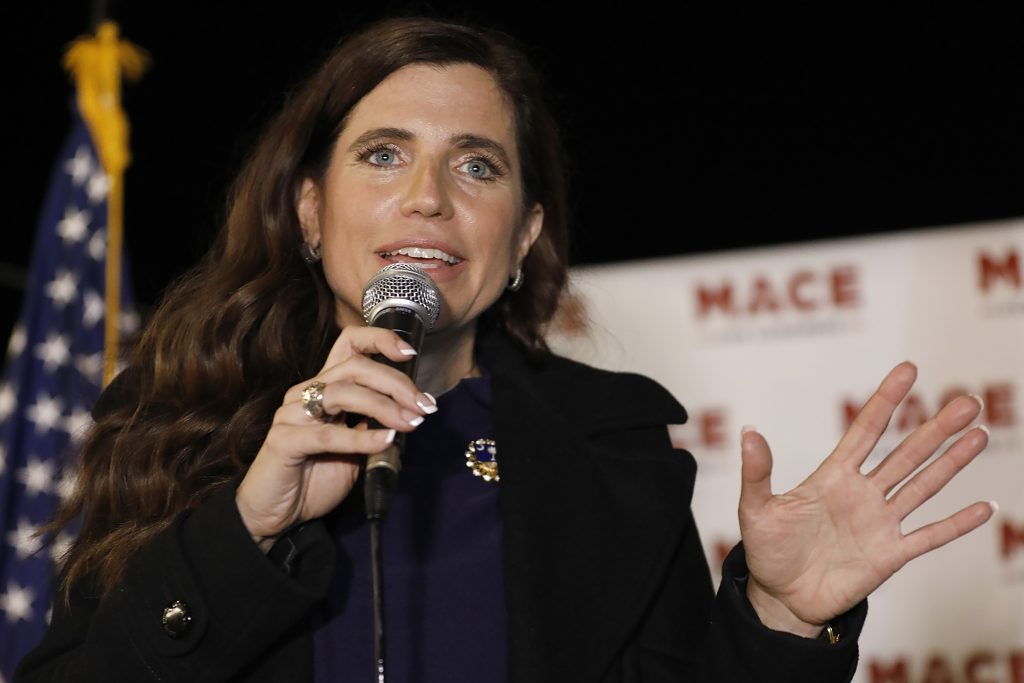 Arrington criticized Mace for sitting on the House Oversight Committee’s Subcommittee on Civil Rights and Civil Liberties yet staying silent about individuals who “have been denied their due process” in connection to the January 6 Capitol riots.

Arrington said, “And if anybody is listening to this, if you want to be angry at somebody, Nancy Mace sits on that committee. She has never been over to the jail where those victims are being held. Those people, and I say victim, if you’ve committed a crime, and you get charged, you’re guilty. But right now those people have been denied their due process. Nancy Mace sits as a ranking member on civil rights. She’s never been to the jail. She doesn’t acknowledge that those people are sitting in jail and they haven’t had due process since it started.”

Arrington called out Mace for blaming January 6 on Trump but then begging for his nomination after he endorsed Arrington.

“She blamed Donald J. Trump for January 6 said she wanted to be the new face of the Republican Party, then the day after he endorsed me she went groveling back and stood in front of Trump Towers in New York City to say how ‘Trump’ she was. And we’re not buying it,” Arrington said.

Arrington painted Mace as a “liberal” and a “Democrat” and pointed to her siding with Reps. Alexandria Ocasio-Cortez (D-NY) and Jim Clyburn (D-SC) nearly 50 percent of the time.

“She’s proud of the fact that she works across the aisle with the Democrats. She’s a liberal, she is the worst possible RINO that there is, because she is a liberal,” Arrington said.

Arrington criticized Mace for leaving her signature off of a piece of legislation that affirmed life begins at conception. “And you know, who didn’t sign on to that? Nancy Mace, because she is absolutely not a true conservative,” Arrington said.

Arrington called on Republican voters to turn out for Tuesday’s midterm because “we cannot be silent anymore.”

“And if we don’t get out and show up to vote in every single primary across the country, ours is June 14, and we don’t show up and vote, that is how the Democrats will win. And the RINOs will win. The true conservatives were the silent majority, we cannot be silent anymore,” she said.

Boyle then pointed out that she cosponsored an alleged transgender rights bill, and Arrington noted that she sponsored legislation to create an LGBTQ office within the Department of Veterans Affairs.

Arrington said, “But Nancy Mace, literally is everything wrong with America today. Not only did she sign on to that bill, she went and sponsored, ladies and gentleman, sponsored legislation to set up an office of LGBTQ in the office of Veterans Affairs. Now, I don’t know about you, but when I took the oath of office to defend and uphold the Constitution, they didn’t ask me about my orientation, and they didn’t ask me about my gender. But Nancy Mace, this is what I’m saying. She is a Democrat. She is a Democrat. She lied to everyone. She lied to the President of the United States.

Arrington distinguished herself from Mace by affirming her commitment to upholding the Constitution, reining in executive orders, abolishing the Department of Education, and securing the southern border.

“The first bill that I’m going to introduce, it’s real simple, right? The first bill is to never have a president, the executive branch, have the authority to intervene in capital markets,” Arrington said. “So what the pretend president is doing is involving himself in the capital markets by closing up and shutting off and not issuing permits on our own public lands to get our natural resources. That should never happen.”

“The next thing is one line piece of legislation that says the Federal Department of Education will cease to exist on December 31, 2023. Why? Because the federal government has no business in our kids’ education,” she added.

She called for a $10 tax on every vehicle coming into our southern and northern borders to fund the border wall.

“The third is we’re going to pay for the rest of the wall and pay for border security,” Arrington said. “By putting the toll at our northern and southern borders. Ten dollars a car. It’s actually in Article One of our Constitution, we can’t charge more than $10 for anyone to immigrate into our country. Ten dollars a car, $10 an axle, it makes $1.9 billion a year. I’ll finish the wall, and we’ll pay for customs border patrol.” 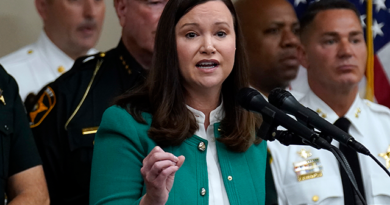 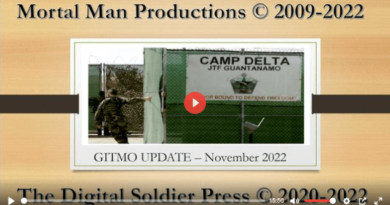 Update on US Military Arrests: November 2022

Qatargate: 2 Socialist MEPs To Have Their Immunity Lifted As EU Corruption Probe Grows