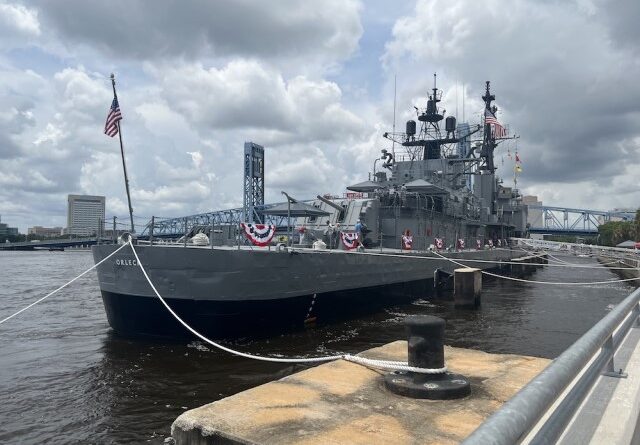 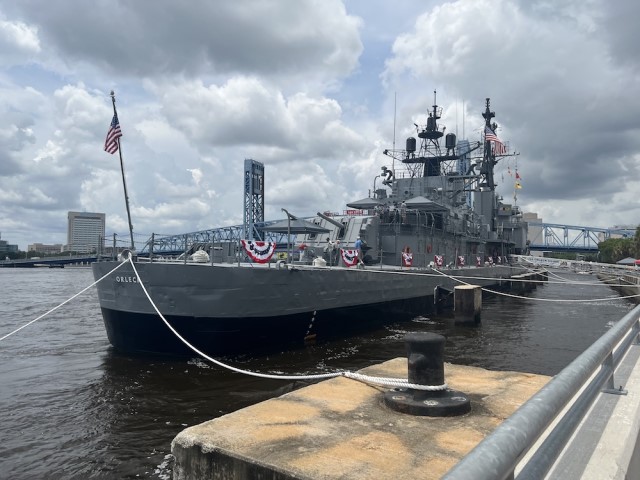 Enthusiastic Floridians gathered in Jacksonville, Florida, in a massive show of support for Gov. Ron DeSantis (R) via a boat parade on the St. Johns River, which Duval County Republican chairman Dean Black described as the “first in the nation DeSantis Flotilla.”

It is estimated that thousands participated in the event, as 1,300 boats registered for the parade alone. As witnessed by Breitbart News, nearly all of the vessels had several individuals aboard, suggesting that the preliminary estimations of turnout are likely accurate. Supporters also gathered along the sidelines and aboard the USS Orleck, “one of the most decorated US Navy ships since WWII,” which has been docked alongside the St. Johns River in downtown Jacksonville. The U.S. Navy ship was adorned with flags — from the “thin blue line” flag to others showing support for the popular governor.

Supporters waved, played a variety of parade music supporting the governor, and wore patriotic gear, even in the midst of a heat index nearing 100 degrees in the Sunshine State.

“We’re giving you a little taste of Florida freedom brought to you by Governor Ron DeSantis,” Christian Ziegler, the vice chairman of the Republican Party of Florida, told Breitbart News during the event. “Everything we’re doing in Florida is working.”

“I tell my wife every day I go to bed and I’m like, you know, I couldn’t be happier with my governor. … I mean, there are fights and you get politicians that say, ‘Hey, I’m gonna lead the fight.’ And then when there’s a fight, they run away. Our governor runs towards the fight for us, for conservatives,” he continued, adding that “freedom is working here.”

“Our governor is defending it,” he added. 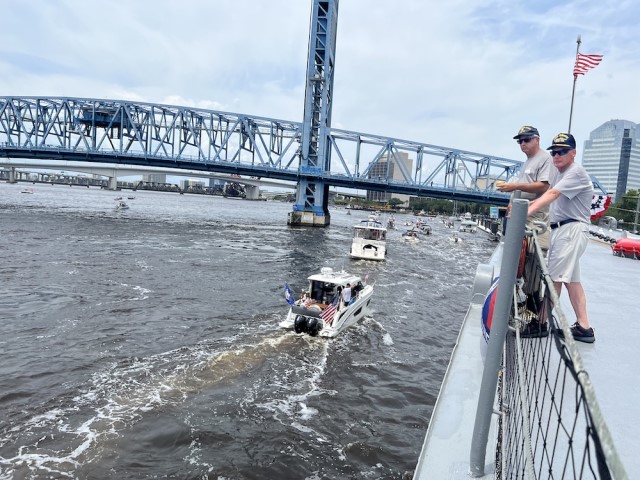 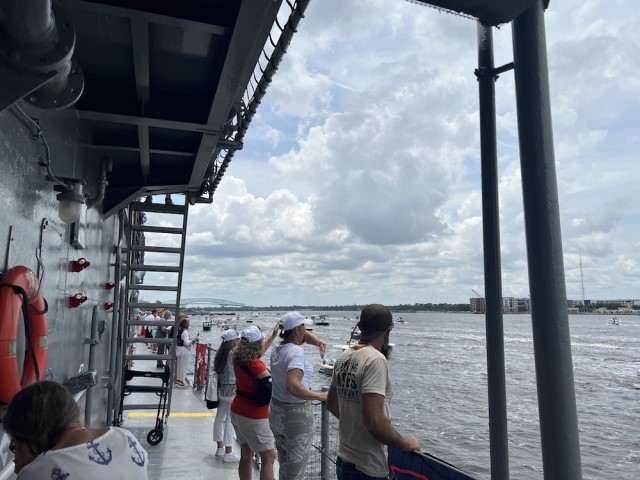 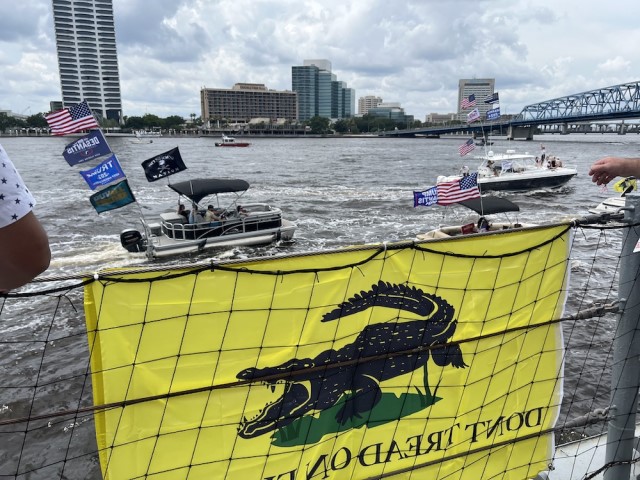 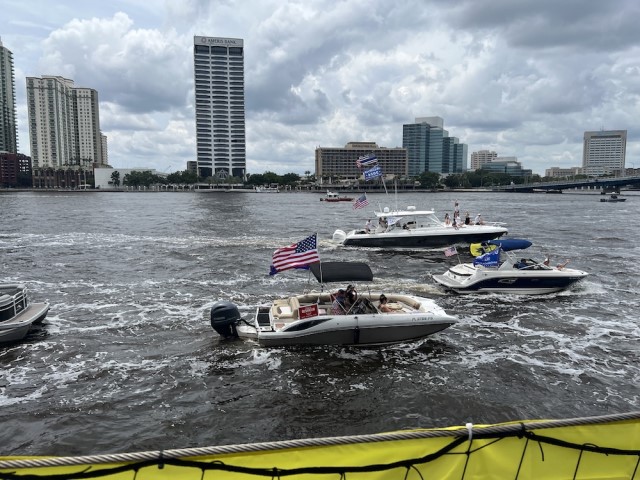 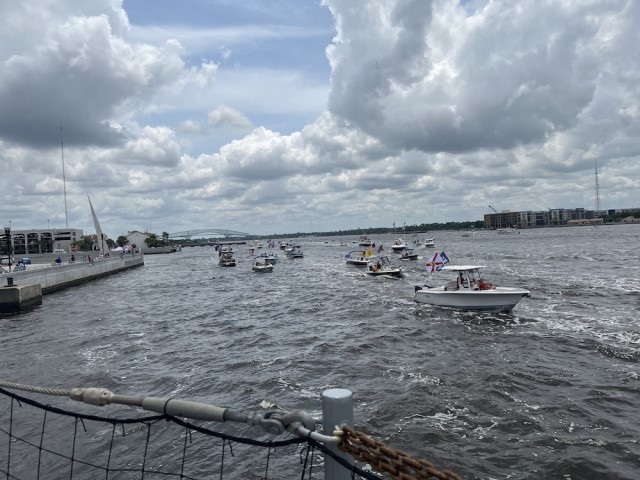 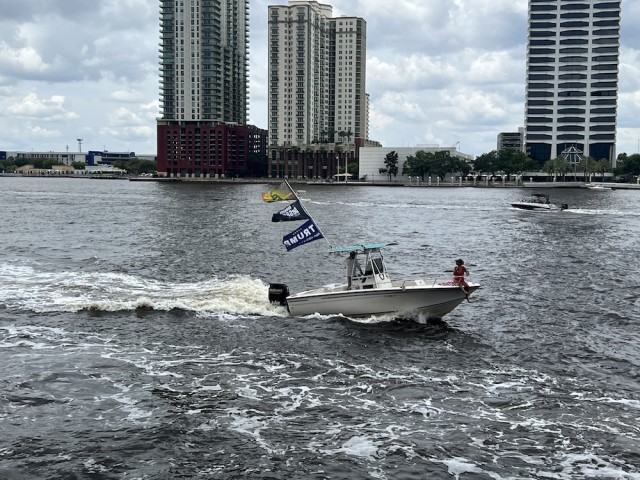 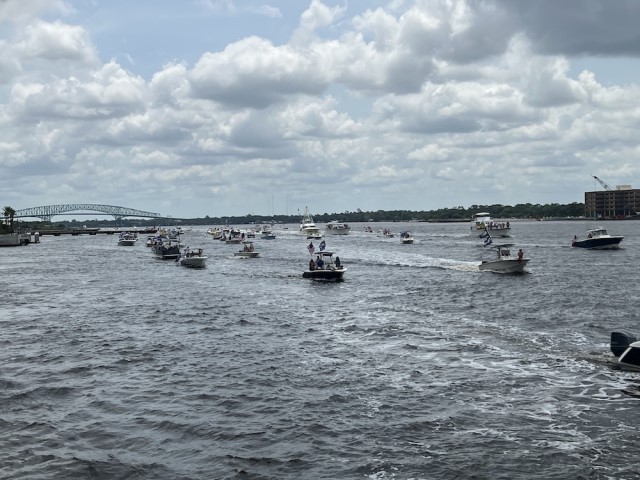 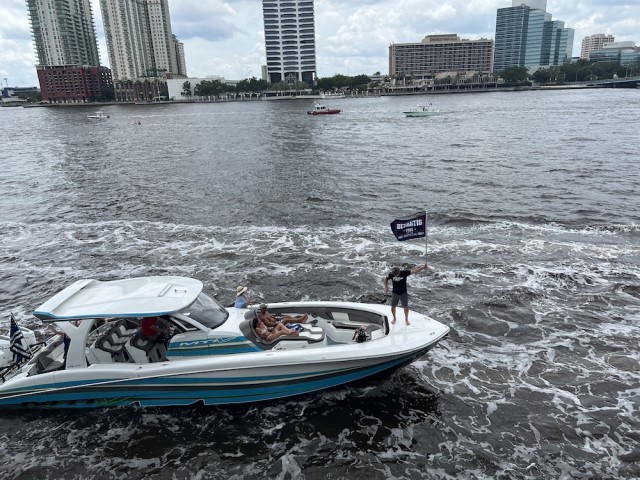 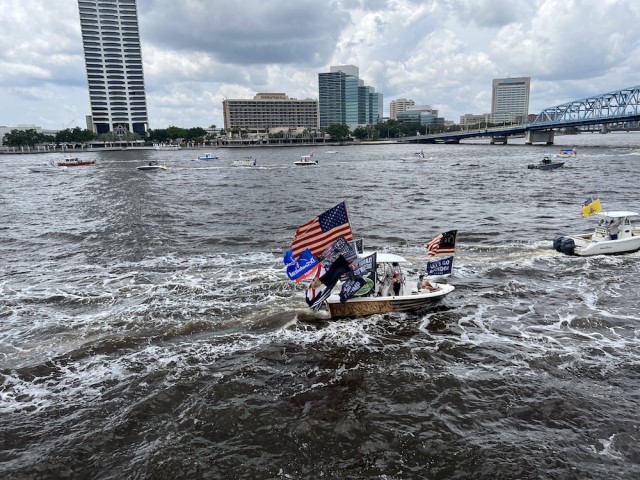 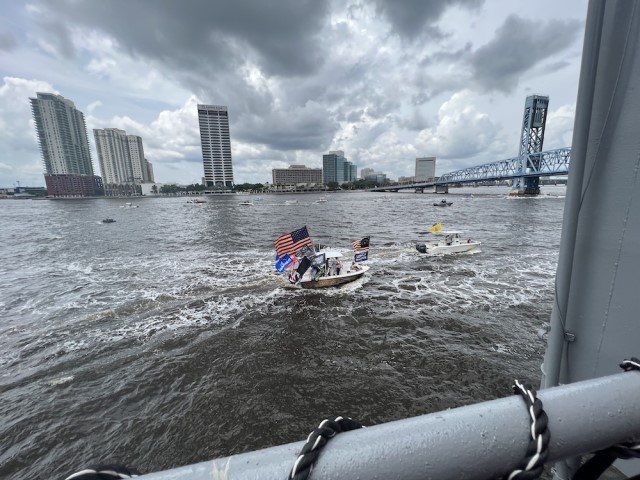 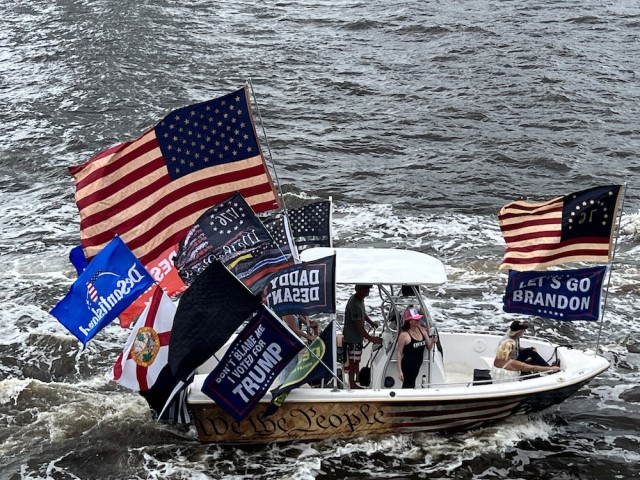 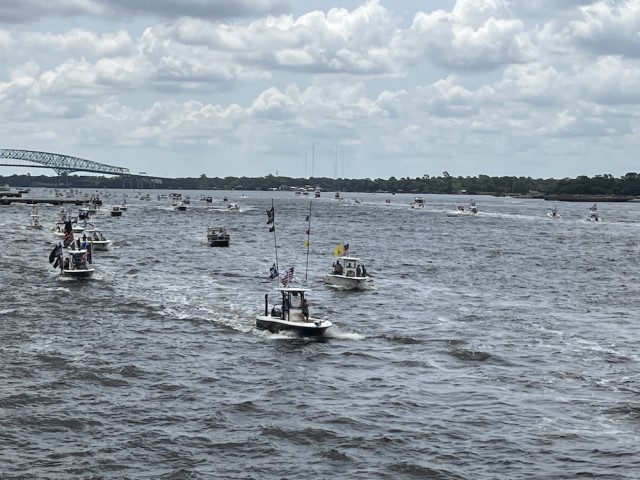 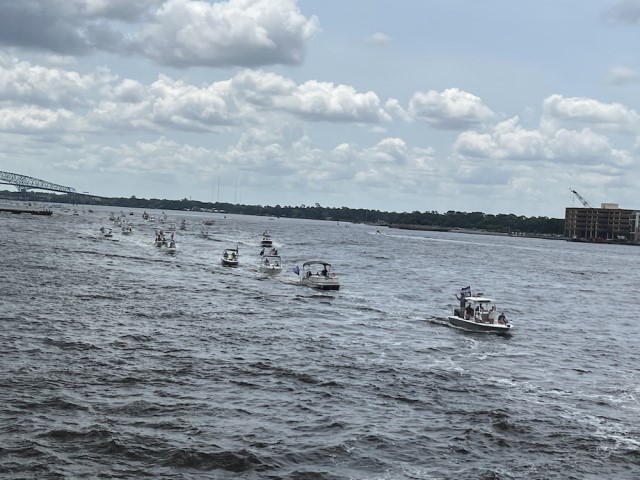 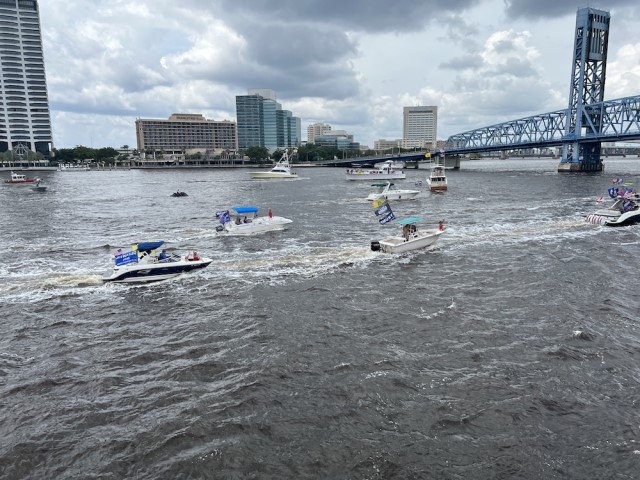 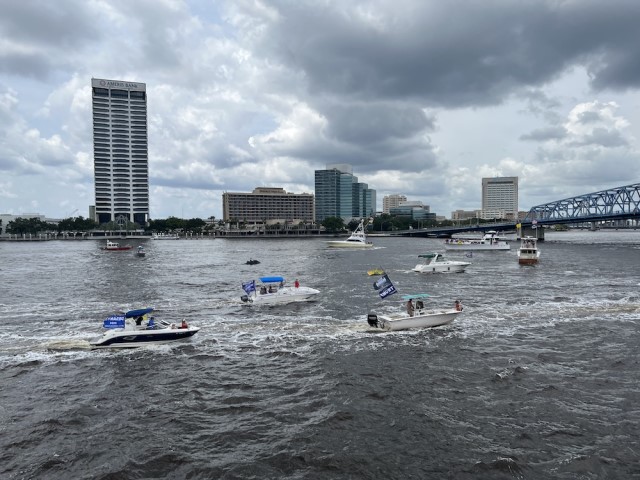 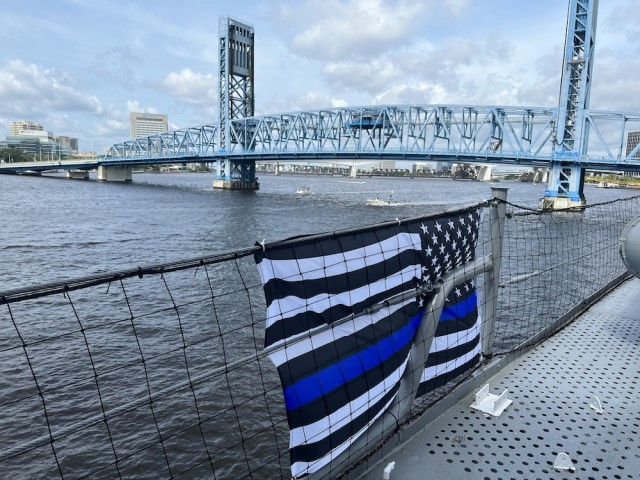 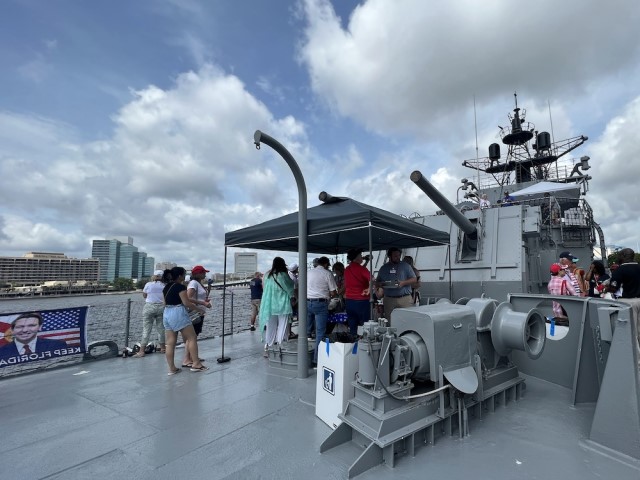 Watch the event below: 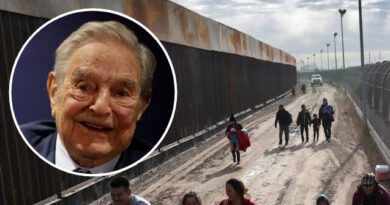 It’s About To Happen, Treason, Optics & Backchannels Are Important 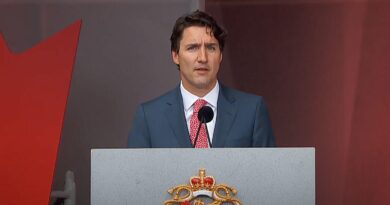