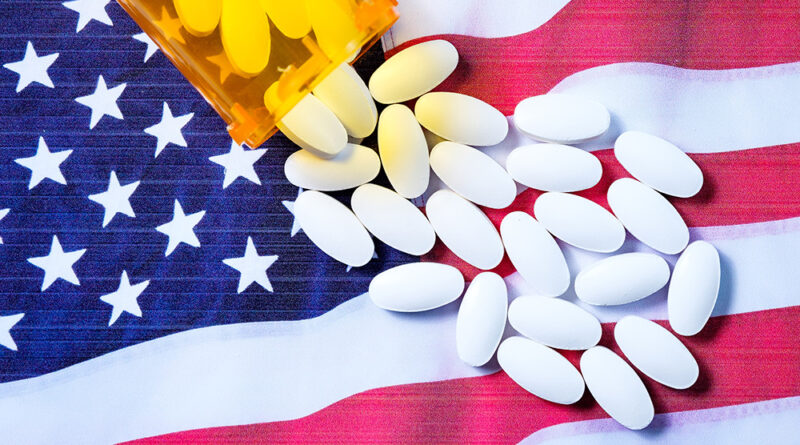 (Natural News) Claiming to have the main goals of eliminating malaria, hookworm and yellow fever, the Rockefeller Foundation, over a century ago, took over the core education and practical application apparatus of every medical college and hospital in America. Through bribery, price fixing, corporate espionage and creating shell companies as cover for illegal activities, Rockefeller and his evil cohorts succeeded at creating a medical industrial complex that still dominates Western medicine today. John D. Rockefeller was in control of 90 percent of US oil production, and this allowed him to buy favor (literally) with anyone and everyone he needed under his big pharma “umbrella.”

The Supreme Court had to break up the Rockefeller (Standard Oil) monopoly in the early 1900s, but it didn’t really matter. The big oil companies still had complete control, including Exxon, Chevron, Amoco, and other recognizable behemoths. In fact, Rockefeller’s personal wealth INCREASED due to the big oil “break up.”

That’s when Rockefeller infused $100 million into the “General Education Board” to END all studies of natural medicine (anything holistic) in America’s 150 medical colleges, and install, permanently, only the study and practice (in hospitals) of prescribing pharmaceutical medications that quell symptoms of disease and disorder, but never cure anything. He even called the whole movement, “a pill for an ill.” Patients then and now who are taking prescription drugs regularly are the sickest people on the planet, and usually die from chronic, preventable illnesses 10, 20, even 30 years before their otherwise normal life expectancy.

The year was 1910. Wave goodbye to healthy eating, clean water, and any knowledge about the power of proper nutrition. And just like that, the pharmaceutical medical industrial complex was created and consolidated. Any competition or backlash from natural medicine enthusiasts would be shut down and termed “quackery.”

Half of all American medical schools were forced to shut down. These were the schools that wanted to continue with education about nutrition, chiropractic care, homeopathy, holistic, functional, integrative, and osteopathy. If you violated this new medical regime’s linear approach you went to jail and lost your medical license. Simple as that.

If you think Rockefeller’s control of Big Pharma is ancient history, think again

Rockefeller medicine is rooted in complete quackery. From prescription medications that only address symptoms of deeper-rooted disease and disorder, to vaccinations that actually cause and spread infectious disease, the principles of “Rockefeller Medicine” are embedded in the whole COVID-19 scamdemic.

Abraham Flexner, author of the Flexner Report of 1910, was hired like a hit man to wreck all things natural medicine, while helping to promote and install everything pharma-based for “educating” medical college students. Everything pharma-based was now to be referred to as “science-based,” while anything that came from nature would be referred to as quackery, conspiracy, snake oil.

Science-based standards would now mean only chemical-based “prescription” drugs could be doled out by medical doctors across the country, and the American Medical Association was created to enforce these ideas. From the beginning, the AMA was ‘all in’ thanks to the crooks who ran that “regulatory agency” and JAMA (official medical journal of the AMA) for decades. Drugs were fast-tracked and “stamped” for approval, just like the FDA and CDC stamp all the drugs and “vaccines” still today, without any proper or successful clinical trials.

That’s how it was a hundred years ago, and that’s how it is today. The foundation and framework for all things poisonous and Allopathic, were all but etched in stone a century ago, thanks to mass-funding by Rockefeller. Medical violence through medication was founded and funded in the USA by a business magnate and fake philanthropist, not by groups of doctors or scientists. This should be of great concern for all Americans.

The Flexner Report is enforced today as we see all natural preventions, treatments and cures for COVID and other ailments buried, banned, outlawed by CDC, FDA, WHO

So the “Father of Modern Medical Education” was really the Devil of Allopathy, but since it was medical doctors slinging the “medications,” the majority of Americans bought into the evil health Ponzi scheme, with the in-your-face slogan of “a pill for an ill.” Still today, Americans who eat processed food every day, usually every meal, are dying a little bit each day, while their medical doctors prescribe them chemical-based, lab-concocted, venomous pharmaceuticals (with horrific side effects) that mask their symptoms of deep-rooted diseases and disorders that only get worse. Two-thirds of all Americans believe they can eat anything they want, whenever they want, and their doctors will “fix them” and “save them” with pills. A pill for an ill.

Big Pharma was a bigger cash cow for Rockefeller than oil ever was or could be. Prescription medications create ‘patients for life’ who are chronically ill and spend much more money on doctor bills, hospital beds, diagnostic tests, surgery, co-pays for prescription drugs, chemotherapy, and radiation than they would ever spend on oil and gas.

Rockefeller was a notorious professional scammer in the biggest money-making realms the world knows. He was a monopolist. A globalist. A Big Oil and Big Pharma guru with a legacy of evil roots and prodigies. His own father, William Rockefeller, was literally a con artist who sold people snake oil elixirs.

Today, most medical boards are highly influenced by the fraudulent Flexner Report. Any doctors who buck the system get their medical licenses suspended or permanently taken away. We see this right now for any doctors who prescribe their Covid-infected patients ivermectin, monoclonal antibodies, high dose vitamin C, or even recommend high doses of vitamin D3 and zinc.

Bookmark Censored.news to your favorite websites for truth news that’s being censored from the rest of media as you read this.

A Tale Of Two Recessions: One Excellent, One Tumultuous

Watch: Psaki Says Biden Will Continue To Call Americans Who Do Not Support Him “Extremists”