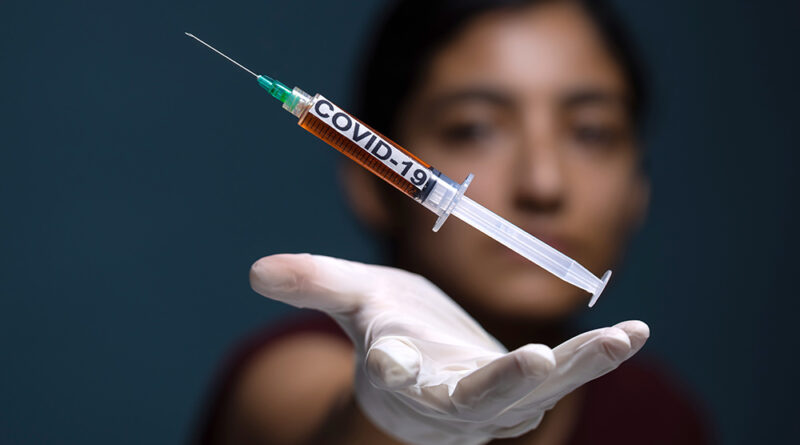 (Natural News) Three popular playback singers in India died after they were injected with the Wuhan coronavirus (COVID-19) vaccine. They joined a growing list of Indian entertainment figures whose lives were cut short by the COVID clot shots.

Playback singers record songs for movies, which movie stars then lip-synch to during song-and-dance segments. The three singers, believed to be vaccinated, had long careers in the country’s cinema. However, different causes of death of the three were reported in a clear bid to steer blame away from the vaccine.

Sangeetha Sajith, 46, was initially admitted to an intensive care unit on April 26 for a kidney ailment. Her condition eventually improved to the point that she was singing from her hospital bed, which led to her discharge. On May 22, Sajith passed away in her sister’s home in the southwestern Indian state of Kerala, allegedly due to kidney failure.

The resident of Thiruvananthapuram, Kerala’s capital, first performed at the Tamil Nadu State Film Award in 1992. Since then, Sajith has recorded more than 200 songs in Malayalam, Tamil, Kannada and Telugu – languages widely spoken in South India. Most of her biggest hits as a playback singer were from Tamil-language films.

Thiruvananthapuram native Edava Basheer, 78, began his career in playback singing in 1978. Outside of his songs in Malayalam films, he was also known as the founder of the Kollam Sangeethalaya Ganamela music group – which he started in 1972. Basheer’s live performances inside and outside India were also lauded. However, the veteran Malayalam playback singer’s career came to an abrupt end.

Basheer collapsed while singing at a May 28 event in the coastal village of Pathirappally in Kerala. His knees buckled while on stage, causing him to fall to the ground. The veteran singer was rushed to a nearby hospital, but was pronounced dead on arrival. No cause of death was given.

Krishnakumar Kunnath, 53, initially had no formal music training. But wanting nothing more than to perform on stage, he quit his job as a typewriter salesman after only six months to pursue music. Since then, he has recorded many songs in at least 10 Indian languages – including more than 3,000 jingles and two albums. Kunnath preferred live performances as these allowed him to connect with his audience.

Little did he know that his May 31 concert in Kolkata, the capital of India’s West Bengal state, would be his last. Kunnath returned to his hotel after the concert, immediately collapsing upon entry. He was rushed to the hospital, where he was pronounced dead on arrival. The 53-year-old’s cause of death was listed as “massive cardiac arrest,” but news outlets in India are pointing to chronic liver and lung conditions for Kunnath’s untimely demise.

The passing of actor and comedian Vivekh, 59, is perhaps the most high-profile vaccine death in India. The celebrity known for starring in Tamil-language films died on April 17, 2021 – less than a week after he publicly received the COVID-19 vaccine. (Related: India’s health ambassador dies one day after taking Covid vaccine.)

Vivekh was rushed to a hospital in the city of Chennai – capital of India’s Tamil Nadu state – on the morning of April 16 after suffering from a cardiac arrest. He was promptly resuscitated and subsequently underwent surgeries. The actor was in critical condition after the operations and subsequently died at 4:35 a.m. on April 17.

The Chennai hospital said Vivekh suffered an acute coronary syndrome with cardiogenic shock. It also noted that there was “100 percent blockage” in a blood vessel – a serious consequence linked to the COVID-19 vaccines.

Interestingly, the Indian movie actor also served as the Tamil Nadu ambassador for public health messages. Vivekh’s April 15 vaccination became a public event, with Indian TV channels publishing photographs of him being injected with the COVID-19 shot. He also uploaded footage of his vaccination on his official Twitter account.

Following Vivekh’s cardiac arrest and subsequent demise, questions emerged as to whether the side effects of the COVID-19 vaccine played a role in his death.

Watch the footage of the late Vivekh immediately after his public COVID-19 vaccination below.

This video is from the FalconsCAFE Sharing is caring channel on Brighteon.com.

The role of vaccinations in India’s SURGING death rate can no longer be denied.

Popular Bollywood actor who died of a heart attack at age 46 had taken COVID-19 vaccine.