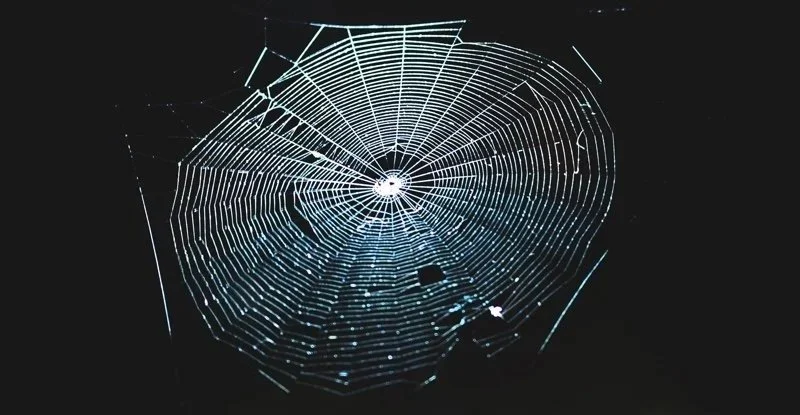 If microplastics have boundaries, we don’t yet know what they are. We seem to find this microscopic trash everywhere we look, from the bottom of the ocean to Earth’s highest peak.

We’re starting to figure out why. Beyond all the disturbing discoveries of microplastics turning up inside our bodies, we now know these tiny fragments can travel in the air, floating through the atmosphere, at least until they get stopped by something.

In a new study, scientists made use of an ingenious method for tracking this insidious air pollution phenomenon, thanks to something that’s entirely natural and also rather ubiquitous – spiderwebs.

“Spiders are found all over the world, including in cities,” says organic geochemist Barbara Scholz-Böttcher from the Carl von Ossietzky University of Oldenburg in Germany.

“Their sticky webs are an ideal trap for anything that floats through the air.”

Sticky spiderwebs might seem like a nightmarish nuisance when you walk through one, but they turn out to be a brilliant, organic commodity for monitoring particulate contamination in the urban atmosphere.

In an experiment, student researcher Rebecca Süßmuth collected spiderwebs attached to street-side bus stops in the city of Oldenburg in north-western Germany (with the webs situated about 2 meters or 6.5 ft off the ground).

Analyzing the web samples back in the lab, the researchers checked the strands for several different kinds of plastic polymer formations; sure enough, the tests revealed microplastics had adhered to the webs.

“All the spiderwebs were contaminated with microplastics,” says co-author Isabel Goßmann, who worked on the research as part of her PhD thesis.

According to the findings, microplastic contamination caught in spider webs can account for up to 10 percent of the weight of the whole web, and is made up of a number of different kinds of microplastics.

About 90 percent of the detritus were variations of PET (polyethylene terephthalate), with the dominant polymer overall being C-PET, likely derived from textile fibers, the team says.

Another source of the microplastics was finely ground tire wear particles (TWP), which break off the outer part of tires during braking and acceleration, and which were expected to be found in volume given the roadside location of the web collections.

While TWP rubbers are not technically plastics, they are increasingly being included in definitions of microplastic pollution due to their synthetic nature, the researchers say.

Although the findings amount to yet another dismal reminder of the pervasiveness of microplastic pollution, at least here we’ve identified a clever and inexpensive way to help monitor the problem – even if spiderweb sampling isn’t as innovative as you might think.

As the team points out, spiderwebs have actually been used for environmental testing purposes like this for at least 30 years, but the researchers say this is the first time they’ve been examined for microplastics, and these naturally occurring traps didn’t disappoint.

“The sampling is simple and no special sampling devices are necessary,” the researchers write in their paper.

“Covered bus stops are popular all over the world and orb-weaving spiders occur in nearly every habitat on Earth. Therefore, spiderwebs are an easily accessible medium around the globe to mirror microplastics in urban air.”

The findings are reported in Science of the Total Environment.

Euro Tumbles To Dollar Parity For First Time Since 2002 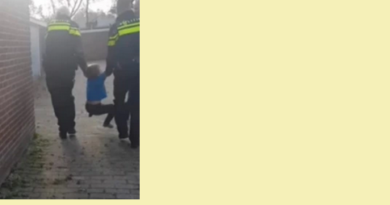