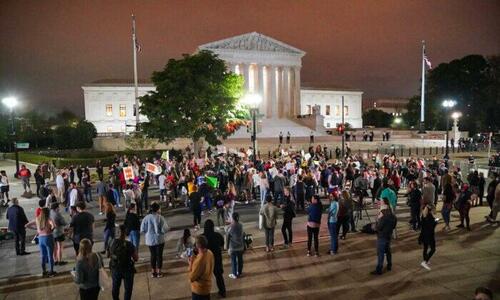 The FBI warned Friday that it will not “tolerate violence, destruction, interference with government functions, or trespassing on government property” after an armed man was arrested earlier this week near Supreme Court Justice Brett Kavanaugh’s home.

In a joint statement issued by U.S. Attorney Matthew Graves and Assistant Director in Charge of the FBI Washington Field Office Steven D’Antuono, they said the agencies are “committed to protecting the First Amendment rights of all Americans to express their views peacefully during demonstrations that take place on a regular basis in the nation’s capital, including at the Supreme Court.”

Their statement did not make any specific mention of the incident at Kavanaugh’s home, and it did not make any reference to the Supreme Court’s pending decision on Roe v. Wade, a 1973 decision that argued that a woman has a constitutional right to obtain an abortion.

“We also have a responsibility to ensure public safety and the orderly conduct of government business. We will not tolerate violence, destruction, interference with government functions, or trespassing on government property,” the statement added. “We are committed to working closely with our local, state, and federal law enforcement partners to stop any individuals who intend to commit violence or criminal activity under the guise of carrying out a demonstration.”

Roske told officials that he was angry about the “Supreme Court draft decision regarding” abortion as well as a school shooting in Texas last month, suggesting he “believed the Justice that he intended to kill would side with Second Amendment decisions that would loosen gun control laws,” according to court papers filed in his case.

The group also suggested online that protesters should target the children of Supreme Court Justice Amy Coney Barrett in light of the court’s ruling on abortion. It posted an infographic that included the name of the justice’s church and identified a school that her children attend, while calling on demonstrators to “voice your anger” at those locations.

House Speaker Nancy Pelosi (D-Calif.) told reporters that the chamber will not vote this week to boost security for Supreme Court justices, saying that the measure will likely be taken up in the near future.

“It’s about staff and the rest. The justices are protected,” she said on Thursday. “Nobody is in danger over the weekend because of our not having a bill.”

It’s not clear when the Supreme Court will issue its final ruling on Dobbs v. Jackson Women’s Health Organization, the decision that may overturn Roe v. Wade.  The court generally releases the majority of its cases by the middle of June. 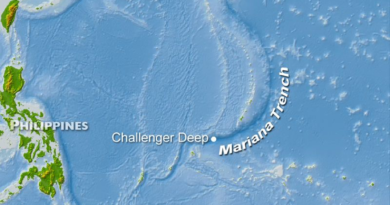 The 55th Speaker: Kevin McCarthy Is No Nancy Pelosi… And That’s A Good Thing