Across the world, experts and analysts are now warning of skyrocketing food prices and catastrophic food shortages. In mid-May 2022, United Nations chief Antonio Guterres said the world is facing years of famine, and urged Russia to “permit the safe and secure export of grain stored in Ukrainian ports” to ease shortages.1,2

Blame for this global food shortage is, officially, being laid at the feet of “climate change,” the COVID pandemic and the Russia-Ukraine conflict.3 But while all of those have played their role, other factors are also contributing to bring our food system to the breaking point.

Death by a Thousand Cuts

For example, between January 2021 and April 2022, at least 20 food processing facilities have gone up in flames,4 and a string of barn fires has also impacted farmers.5,6 While most of these fires have been blamed on equipment or safety failures, and fact checkers insist fires are common in these kinds of facilities, there were only two such fires in 2019, and at least some of the barn fires at the end of 2021 were suspected arson.

In 2020, wildfires also destroyed a number of farms,7 and in in early 2022, bird flu outbreaks among poultry resulted in the culling of millions of chickens, ducks and turkey.8

In March 2021, a massive container ship became wedged across the Suez Canal in Egypt — blocking “an artery of world trade,” triggering a rise in oil prices and leading to fallout that affected shipping around the globe.9

More recently, there was the U.S. infant formula shortage, precipitated by the Food and Drug Administration shutting down one of the manufacturing facilities that is part of the U.S. formula monopoly.

Russia is also withholding fertilizer exports10 in response to the EU’s decision to ban seven of the nine Russian banks from the SWIFT system,11 and anyone who wants to buy Russian oil or gas has to pay in Rubles.12

President Biden’s decision to transition the United States away from energy independency by shutting down the Keystone pipeline,15 canceling offshore oil leases in Alaska and the Gulf of Mexico,16 and freezing new leases and permits for federal oil and gas drilling17 doesn’t help either.

We need fuel to farm and to ship food and fertilizer, so rising prices at the pump automatically result in higher outlays for farmers and higher food prices. It also doesn’t help or make sense for the U.S. and U.K. to continue paying farmers to not farm or grow less when a global famine is looming.18 And, let’s not forget the elephant in the room — out of control money printing — which is the real cause of inflation.

As reported by The Economist:19

“Ukraine’s exports of grain and oilseeds have mostly stopped and Russia’s are threatened. Together, the two countries supply 12% of traded calories. Wheat prices, up 53% since the start of the year, jumped a further 6% on May 16th, after India said it would suspend exports because of an alarming heatwave …

Nearly 250m are on the brink of famine. If, as is likely, the war drags on and supplies from Russia and Ukraine are limited, hundreds of millions more people could fall into poverty. Political unrest will spread, children will be stunted and people will starve …

Russia and Ukraine supply 28% of globally traded wheat, 29% of the barley, 15% of the maize and 75% of the sunflower oil … Ukraine’s food exports provide the calories to feed 400m people. The war is disrupting these supplies because Ukraine has mined its waters to deter an assault, and Russia is blockading the port of Odessa …

China, the largest wheat producer, has said that, after rains delayed planting last year, this crop may be its worst-ever. Now, in addition to the extreme temperatures in India, the world’s second-largest producer, a lack of rain threatens to sap yields in other breadbaskets, from America’s wheat belt to the Beauce region of France. The Horn of Africa is being ravaged by its worst drought in four decades …

All this will have a grievous effect on the poor. Households in emerging economies spend 25% of their budgets on food … In many importing countries, governments cannot afford subsidies to increase the help to the poor, especially if they also import energy — another market in turmoil …

Since the war started, 23 countries from Kazakhstan to Kuwait have declared severe restrictions on food exports that cover 10% of globally traded calories. More than one-fifth of all fertilizer exports are restricted. If trade stops, famine will ensue.”

Globally, food prices increased by 29.8% between March 2021 and March 2022, while meat prices rose 2.2% in a single month between March and April 2022. The map below, posted on Twitter by Marc Ross,20 shows the areas of the world hardest hit by food price increases. 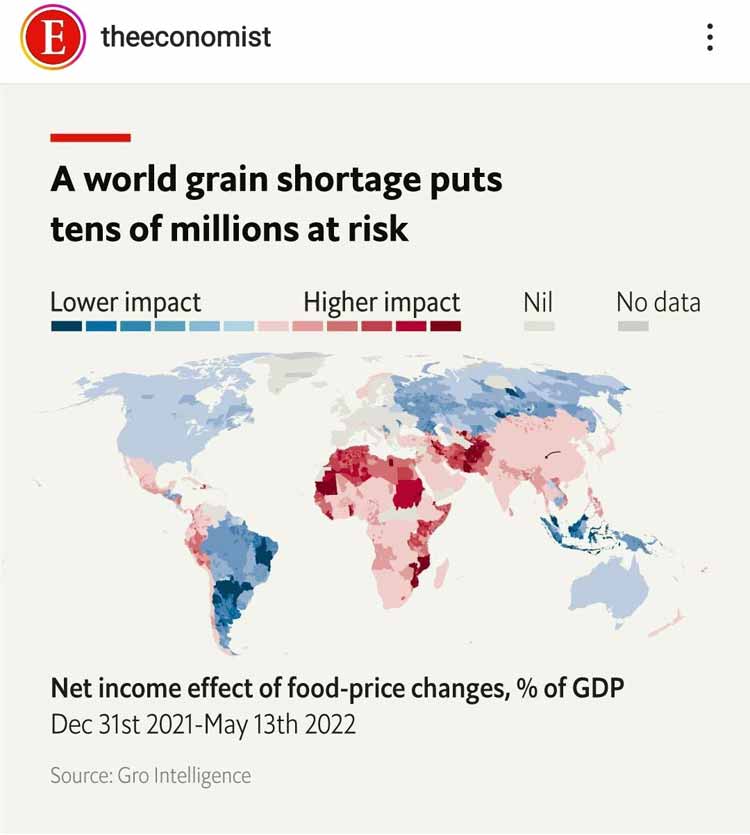 Not surprisingly, poorer countries notice price hikes the most, while people in wealthier nations can afford to pay more without tipping into starvation. Eventually, however, as inflation continues while salaries remain flat, even the middle-class will start to feel it. And, of course, at a certain point, it won’t matter how much money you have because you can’t buy food, at any price, if there is none.

By now, you’ve likely heard about the World Economic Forum’s (WEF) Great Reset and their plan for you to “own nothing and be happy” by 2030. We’re now seeing this plan in motion all over the place.

For example, in the first quarter of 2021, 15% of U.S. homes sold were purchased by corporate investors21 — not families looking to achieve their American dream. Seemingly without warning, we’ve entered an era where home ownership is becoming out of reach for many, and that’s a first step to “owning nothing.” As noted in a tweet by Cultural Husbandry:22

“This is wealth redistribution, and it ain’t rich people’s wealth that is getting redistributed. It’s normal American middle class, salt of the earth wealth heading into the hands of the world’s most powerful entities and individuals. The traditional financial vehicle [is] gone forever.

Home equity is the main financial element that middle class families use to build wealth, and BlackRock, a federal reserve funded financial institution is buying up all the houses to make sure that young families can’t build wealth … This is a fundamental reorganization of society.”

Indeed, and it’s right in line with plans for societal reorganization described under banners such as The Great Reset, Build Back Better, Agenda 21, the 2030 Agenda for Sustainable Development,23,24 and the Green Energy movement. These agendas all work together toward the same goal, which is a global monopoly on ownership and wealth, with a clear separation of the haves and have nots; the owners and the owned; the rulers and the ruled; the elite and the serfs.

If meat consumption, frozen foods, fossil fuel use, home appliances, air conditioning and single-family homes are ‘unsustainable,’ it stands to reason that the goal of any sustainable development scheme is to eliminate all of those things, and this process of elimination is now well underway.

In 1992 at the Earth Summit, under-secretary-general of the Convention on Climate Change and executive director of the UN Environment Program, Maurice Strong, stated that:25

“Current lifestyles and consumption patterns of the affluent middle class, involving high meat intake, consumption of large amounts of frozen and convenience foods, use of fossil fuels, appliances, home and workplace air-conditioning, and suburban housing, are not sustainable.”

If meat consumption, frozen foods, fossil fuel use, home appliances, air conditioning and single-family homes are “unsustainable,” it stands to reason that the goal of any sustainable development scheme is to eliminate all of those things, and this process of elimination is now well underway.

It’s All About Creating Forced Dependency

Understand, The Great Reset involves the destruction of supply chains, the energy sector, the food supply and workforce, to create dependency on government, which in turn will be taken over by private interests and central banks through the collapse of the global economy. A large-enough war would accomplish all of these aims, which is why the possibility of world war cannot be discounted. An anonymous correspondent recently wrote about this on WinterOak.org:26

“Welcome to the second phase of the Great Reset: war. While the pandemic acclimatized the world to lockdowns, normalized the acceptance of experimental medications, precipitated the greatest transfer of wealth to corporations by decimating SMEs [small and medium-sized businesses] and adjusted the muscle memory of workforce operations in preparation for a cybernetic future, an additional vector was required to accelerate the economic collapse before nations can ‘Build Back Better.’”

The article presents “several ways in which the current conflict between Russia and Ukraine is the next catalyst for the World Economic Forum’s Great Reset agenda, facilitated by an interconnected web of global stakeholders and a diffuse network of public-private partnerships.”

Disruption to supply chains fit right into this plan, while food shortages, driven by the many factors discussed and, perhaps, orchestrated attacks on food plants, will accelerate the acceptance of synthetic foods, such as lab-grown meat, which has also been championed by Great Reset front men like Bill Gates.

There are solutions, but we have to jump on them now. In my previous article, “Why Food Prices Are Expected to Skyrocket,” I review how biodynamic farming can help us out of these dilemmas, as it doesn’t use synthetic fertilizers and requires far less water. I also discuss new investment opportunities that can support regenerative agriculture projects. On an individual, more immediate basis, however, some key areas of basic preparation include:

Remember to consider and include analog devices and manual tools in your preparation. We’re so used to having unlimited electricity and continuous wireless communications, it can be difficult to imagine the restrictions you’ll face without them. If need be, turn off the breakers in your home for a day or two, ditch all wireless devices, and see what challenges come up. Then, figure out what you need to solve them.

Also, consider keeping hardcopies of useful books and important documents, such as your most recent bank statements, asset statements, the deed to your home or car and so on.

Entire books can, and have, been written on prepping, and some will take it to extremes. But while you probably won’t need an underground bunker stocked with a decade’s-worth of food, everyone, at this point, really ought to be preparing, to some degree, for food and energy shortages.

My list above is merely a summary of some of the key areas of focus. The details of how to go about each one, however, are manifold. As a community, we can help each other with this.

So, please, share your personal ideas for basic (and not so basic) preparation in the Vital Votes comment section below. If you have questions, be sure to post those too, so the community can help answer them. Of course, building supportive communities into a variety of people can bring their skills will become paramount, so don’t just rely on online relationships. Get to know your physical neighbors too. 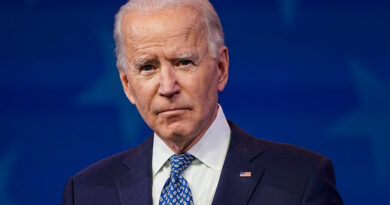 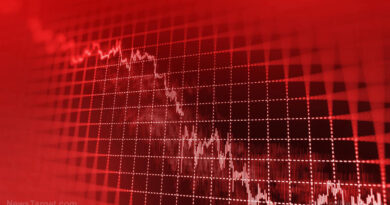 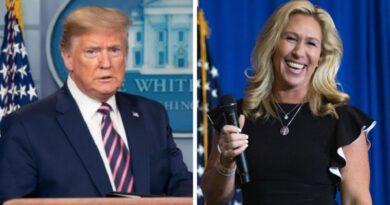