According to the Qatar-based broadcaster, the Biden regime and apartheid Israel are counting on short-lived public outrage to shift attention away from what happened to other issues.

From inception, Israel was afforded  a US/Western “blank cheque policy where it is not held accountable for any of its crimes,” adding:

Hegemon USA ignores international and its own laws “to fund apartheid (ruthlessness) in Israel-Palestine.”

Rarely ever do US/Western MSM criticize the Jewish state, no matter how grievous its crimes of war or against humanity.

Yet in response to Abu Akleh’s cold-blooded murder, CNN reported the following:

Evidence it discovered included  “videos of the scene of the shooting.”

It showed that “there was no active combat, nor any Palestinian militants, near Abu Akleh in the moments leading up to her death.”

“Corroborated by testimonies from eight eyewitnesses, an audio forensic analyst and an explosive weapons expert (revealed) that Abu Akleh was shot dead in a targeted attack by Israeli forces.”

It “conducted two physical inspections of the area and commissioned two independent acoustic analyses of the gunshots.”

“The Israel Defense Forces…said it is possible one of its soldiers fired the fatal shot, but claimed any gunfire was directed toward a Palestinian gunman who was standing between the Israeli soldiers and the journalists, and that the reporters might have been shot unintentionally.”

The above Israeli claim was malarkey.

And there was no “likely” about cold-blooded IDF murder to silence Abu Akleh in similar fashion to how Israel murdered numerous other Palestinians throughout Jewish state history.

Audio analysis of gunfire responsible for the killing indicated that “one person (shot her) from an estimated distance that (virtually) matches the span between (targeted) journalists and” where Israeli forces were situated.

Before her murder, things were “calm.”

Then “distant gunshots were heard, (but ) no signs of a firefight.”

It’ll “continue to responsibly investigate the incident (sic), in order to get to the truth of this tragic event (sic)” — what it hasn’t done so far, almost never did earlier, and clearly won’t ahead.

“There is one thing that can be determined with certainty (sic).”

“No IDF soldier deliberately fired at a journalist (sic).”

“We investigated this (sic).”

“That is the conclusion and there is no other (sic).”

The above malarkey willfully turned truth on its head.

Since 1948, Israel murdered thousands of defenseless Palestinians for the “crime” of not being Jewish, as well as wanting to live in their own homes, on their own land, in their own country, free from apartheid ruthlessness.

Time and again, Palestinian activists, truth-telling journalists and others yearning to breathe free from brutalizing Israeli occupation were gunned down in cold blood.

Or they were wrongfully charged with crimes they didn’t commit, prosecuted by a military tribunal, denied due process and judicial fairness, declared guilty by accusation and imprisoned extrajudicially.

There’s no ambiguity about Israeli responsibility for murdering Abu Akleh in cold blood.

Nor will justice be served.

Israeli gunmen and their higher-ups are free to kill again at their discretion — knowing accountability will never follow.

Instead of condemning Israeli criminality, the empire of lies funds, arms and supports it — including its state terror and wars of aggression.

When will the self-styled newspaper of record NYT, a longtime supporter of Israeli apartheid ruthlessness, conduct its own investigation or discuss what’s covered above and condemn indisputable Israeli cold-blooded murder — demanding accountability! 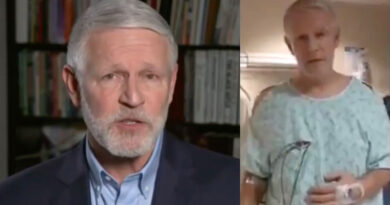