I know you probably get tired of me saying this but the Euro-zone is headed for a massive crisis.  On Thursday, June 9th, the ECB came out with its policy statement, less than one week before the next FOMC meeting statement (June 14th).

It was a doozy.  Christine Lagarde attempted early on to project that soothing calm central bankers are supposed to exude even when everything is collapsing around them.

But, truly this was Lagarde’s ‘Baghdad Bob’ moment.  She stood up there and read the ECB’s policy statement off the teleprompter like she had something caught in her throat, likely the remnants of what is left of her conscience, because even she couldn’t swallow the bullshit she was slinging.

We have inflation under control.  We will still grow in 2022 (BWAHAHAHA!) and growth will accelerate in 2023 and 2024.  These people haven’t gotten one quarterly forecast right in … forever, and yet they project this idea that they have any clue what GDP growth will be in 2024?

But, as Zerohedge pointed out, Lagarde then reversed herself during the press conference, trying to resurrect the ghost of Mario Draghi, saying that she stands ready to do ‘whatever it takes’ to stabilize the situation.

She notes there are existing instruments with the reinvestment capacity under the PEPP.

“And if it is necessary, as we have amply demonstrated in the past, we will deploy either existing or new instruments that will be made available.”

Lagarde states that “within our mandate we are committed to preventing fragmentation risks within the euro area.”

So some kind of asset purchase scheme for peripherals? The vagueness is intentional as it appears Lagarde is trying to pull off a Draghi ‘Whatever it takes’ moment while keeping her foot on the hawkish pedal.

As The IIF’s Robin Brooks pointed out:

If the ECB says to markets: “we will defend Italy’s spread,” markets will for sure test that statement. So – in effect – what the ECB did today is to raise the odds of markets trying to force its hand.All this is avoidable. Don’t hike. The Euro zone is going into recession…

The end result was obvious to anyone with ears to hear, we are reluctantly following the Fed’s lead in ending QE hoping that someone will still think that Italian BTP’s trading at 65 bps above US Treasuries of the same maturity is a ‘good deal,’ and invest in a country that now carries increasing redenomination risk.

If it wasn’t so over-the-top moronic, it would be funny.   Now with the horrific US CPI print red-pilling a whole lot of investors that the Fed has the green light to be even more hawkish, the mad scramble is on to figure out where to park that money that’s been frozen by the clown show that is US domestic politics.

The Fed’s in control here, but not in the way a lot of people think. The next level of insight that should begin to take hold, especially if the next CPI print is equally awful, will be what I’ve been saying for a year now….

Two months ago Italian debt, thanks to Lagarde’s lying and everyone’s front-running her trades, was trading at a premium to US debt.  Um, Chrissy, you’re going to need to see that spread vs. US debt be more like 650 bps (6.5%) rather than 65, if you want to attract even the average NFT investor at this point.

The bond markets are all now moving away from the monetary experiments Lagarde inherited from Mario Draghi and she has neither the experience nor the gravitas to carry this charade off any longer.

The big takeaway, and the reason why the euro had a mild bout of myocarditis Thursday Morning before collapsing on its way to the bathroom, is because Lagarde is open to creating a new, improved, QQEternity, alphabet soup program in the future if this ending QE ‘experiment’ doesn’t work.

With the Fed now secure in its role as European liquidation agent, there’s nothing Lagarde can do other than follow the yellow brick road make the best of a terrible situation getting worse by the day.

That said, I have to ask the serious question, are they really worried about Italy at this point?  It’s not like the folks at Davos Central didn’t manipulate the Italian political scene to achieve exactly this state of affairs. So, I honestly don’t think they care at all about Italy.

In fact, I’d argue that they would rather have Mario Draghi ride Italy into the ground and turn the country into a smoking ruin in the hopes of saving the northern European currency bloc.

The whole point of putting Draghi in charge was to liquidate Italy.  Italy’s financial implosion would be just the cause celibre Davos has been trying to create to consolidate power within the ECB by taking complete control over its banking system when all the banks collapse.

Think back to the Banco Popular implosion where it was forcibly liquidated by Draghi when he was ECB president and sold to Santander for $1.  The power that Draghi exhibited there was astounding. And it was a warning shot to investors that no one’s money is safe from the commissars at the ECB.

While Draghi kept things together through strong-arming and, at the time, a sympathetic FOMC with Janet Yellen at the helm, the precedent was set then that the ECB has power over its member banks that the Fed doesn’t have. Today, looking at the situation, I’d say this is a very good thing.

You’re going to see a lot of this going forward in Europe and too many commentators are not prepared for the idea that this is all deliberate.

It’s not the plan they wanted, which was for this collapse of the Euro-zone to occur on their timetable not the markets, but it’s still the plan.  They hoped they’d have a compliant Fed putting the New York banks on notice that they have no friends left.

Davos may be improvising here, because the Fed is clearly working them over the coals as Eurodollar markets dry up, but they are still trying to make the best of a bad situation.

And that’s why Lagarde was trying to soften the market up by saying, “We have everything under control and still have tools.”  It’s all you ever hear from these central bankers, when, in reality, they have zero real clue anymore than we do.

If the European banking system collapses in the way I am forecasting this is what will destroy the Eurodollar markets, as those banks which previously levered up their dollar balances will have zero ability to do so after they are absorbed by the ECB. 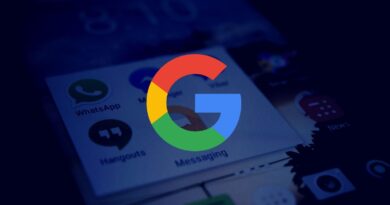 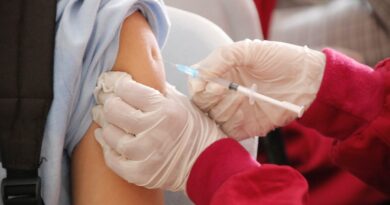