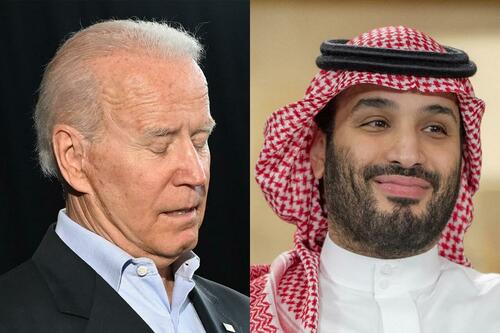 NBC is confirming based on a senior administration official that President Joe Biden will travel to meet with Saudi Crown Prince Mohammed bin Salman in mid-July.

As we detailed earlier, the itinerary is expected to include a prior stop in Israel and the West Bank. In his latest comments Biden attempted to downplay the urgent need to get the Saudis pumping more oil, instead focusing on a hoped-for security arrangement as the Saudis and Israelis have lately moved toward closer cooperation.

The White House last week reportedly informed Saudi Arabia that it’s willing to ‘move on’ after MbS faced some degree of global isolation due to the 2018 murder of Washington Post columnist Jamal Khashoggi at the Saudi consulate in Istanbul. It remains that Biden is “moving on” in hopes the Saudis will finally accede to his longtime demands that the kingdom ramp up oil output while Washington seeks to economically isolate Russia and punish Putin.

But in a Tuesday morning media statement carried by Reuters, OPEC says it sees “considerable risk” for forecast for oil demand recovery to pre-pandemic levels, citing the war in Ukraine, as well as “uncertainty” around the coronavirus pandemic roll-out towards end of the second-half of 2022.

It appears that despite OPEC’s small, and in reality largely symbolic attempt to pacify Washington by its modest rate hikes at its last meeting – which made little overall impact – this latest statement suggests the Saudis are unlikely to risk their current giant profit-taking merely to appease a US president who will press for abnormal output concessions.

Meanwhile, not what Biden is hoping for: crude price spiking as news hits Tuesday morning of his Saudi trip and the fresh OPEC statement voicing concerns over slow recovery for pre-pandemic oil demand…

Upon the start of his presidency, Biden had lambasted bin Salman, who is the kingdom’s de facto ruler, as a “pariah” and further decided to release to the public a classified intelligence investigation holding him responsible for the Khashoggi killing. NBC describes:

Biden will address human rights, but the visit is largely aimed at repairing relations after Biden in 2019 referred to Saudi Arabia as a “pariah” state for the brutal murder of Saudi-born journalist Jamal Khashoggi, a regime critic, administration officials have said. When Biden took office he authorized the declassification of a CIA investigation’s conclusion that the crown prince was ultimately responsible for the murder.

Days ago, CNN described Biden has “set aside his moral outrage” – apparently in order to go after the “bigger bad guy” of the moment, Vladimir Putin:

But officials say Biden, who is under immense pressure to crack down on Russia and lower domestic gas prices amid inflation that’s rising at the fastest pace since 1981, has set aside his moral outrage to pursue warmer relations with the Kingdom amid the dramatic global upheaval spurred by the Kremlin’s invasion of Ukraine.

Biden to Talk Energy Production While in Saudi Arabia: Kirby

Saudi Arabia not to listen

It should be noted, however, that the US weapons shipments and close Pentagon help executing the Saudi coalition war on Yemen never ultimately ceased (though was briefly put on “pause” as a message to Riyadh). 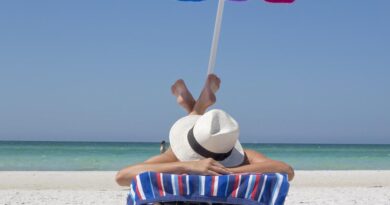 One state, one brave governor, one energy plan, one thriving economy