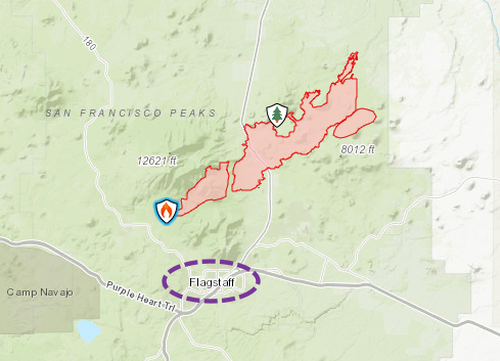 An out-of-control wildfire that burns six miles north of Flagstaff, Arizona, has promoted evacuations for hundreds of people. According to CNN, thousands could be placed under mandatory evacuation orders imminently.

The Flagstaff Fire Department and the National Forest Service said the fire was first reported early Sunday morning and has exploded in size, increasing to more than 4,500 acres.

We are tracking several large wildfires in the western U.S.

Currently the #PipelineFire in Arizona and the #SheepFire in California have forced evacuations. @KatieGarnerTV explains more.

A 57yo man was arrested in connection with the fire, the Coconino County Sheriff’s Office said in a press release, adding he has been charged with federal natural resource violations.

The fire is expected to spread Monday. The National Weather Service issued a red flag warning for the area amid drought and sustained winds of 25-35 mph, with gusts up to 50 mph.

Here are views of the fire from Flagstaff:

Smoke from the fire descended on the Denver metro area.

Did you notice the brown cloud of haze that has descended on the Denver Metro area this morning? This is lofted smoke from the brand new #PipelineFire near Flagstaff in Arizona 🔥💨 #COwx #AZwx #NMwx

About 300 firefighters are battling the blaze. Eight air tankers, five helicopters, 13 engines, and nine crews have been deployed.

The latest fire comes after a wildfire in April scorched 19,000 acres 14 miles northeast of Flagstaff.

Severe drought conditions in the western half of the US have helped accelerate wildfires this year. 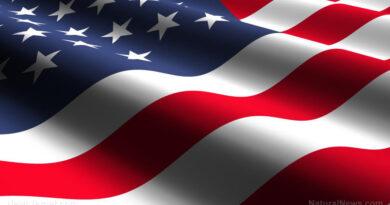