Forty-one tons of wood laminate sheeting is on its way from Russia to India. The cargo isn’t newsworthy, but the fact that it’s traveling through Iran absolutely is—potentially marking the opening of a significant new trade corridor that strengthens Iran’s relationship with India…with big geopolitical implications.

On Saturday, Iran’s Islamic Republic News Agency (IRNA) announced that a pilot run for the new trade route was underway, with the wood laminate’s transit being managed by the state-run Islamic Republic of Iran Shipping Lines Group. The shipping arrangement enables the use of one bill of lading for the entire journey, which reduces transport costs, red tape and wait times, reports IRNA.

Testing the ease of logistics, customs and other processes, two 40-foot shipping containers will first make their way from Saint Petersburg to the Caspian Sea. After arriving by ship at the northern Iranian port of Anzali, they’ll be trucked across Iran to the Persian Gulf port of Bandar Abbas, and then shipped to the Indian port of Nhava Sheva. The trip is expected to take 25 days, according to an Iranian official.

The INSTC pilot comes on the heels of a friendly official visit to India by Iranian foreign minister Hossein Amir-Abdollahian, who was granted meetings with Prime Minister Narendra Modi and India’s national security advisor.

The Indian government’s official statement summarizing the visit said the countries “share close historical and civilizational ties. Our bilateral relations are marked by strong linkages across institutions, culture and people-to-people ties.” India lauded Iran for facilitating India’s medical assistance to Afghanistan, and the provision of Covid-19 vaccines to Afghan citizens living in Iran.

India also noted the value of Iran’s Persian Gulf port of Chabahar, which “has provided much needed sea-access to landlocked Afghanistan and has also emerged as a commercial transit hub for the region, including for Central Asia.”

At The Diplomat, Rajeev Agarwal argues that India-Iran ties are ripe for a reset:

India and Iran share close historical ties from the times of Persian Empire and Indian kingdoms. Iran is an important nation in India’s neighborhood and in fact, the two countries shared a border until India’s partition and independence in 1947. Iran is also important to India as it provides an alternate route of connectivity to Afghanistan and Central Asian republics, in the absence of permission for India to use the land route through Pakistan.

Caving to U.S. pressure, India stopped buying Iranian oil in mid-2019. Before that, India was Iran’s second-biggest customer, behind China. With negotiations to resume the Iran nuclear deal at an impasse, Agarwal speculates that India’s calculations could change:

No nuclear deal means no lifting of economic sanctions on Iran and no crude oil exports from Iran. India, which has stressed exercising its strategic autonomy while importing oil from Russia amid sanctions on Russia due to its war with Ukraine, could explore a similar decision point in Iran, opening up a huge potential for trade and cooperation.

India is the world’s sixth-largest economy. If it were to opt out of the Iran sanctions regime, other countries might follow its lead.

Note that India has been building stronger economic links to Saudi Arabia and other Gulf states. In what could be a complementary development, Iran has been entertaining reconciliation with Saudi Arabia, via five rounds of talks hosted by Iraq.

In May, Saudi foreign minister Faisal bin Farhan Al Saud said, “We continue to encourage our neighbors in Iran to lean into what can be a very, very important sea change in our region…a new era of cooperation” could be beneficial to everyone.

All these developments point to the potential for a significant geopolitical shift, writes Argawal:

Iran enjoys very good relations with China and Russia. It has commenced opening up to other Gulf nations. If India comes on board with Iran, it will create a huge bloc of countries, money, population, and power, which could then make it very difficult to keep Iran locked away and duly sanctioned by the West.

Google Rolls Out Feature That Corrects You With Woke ‘Inclusive’ Language; Report 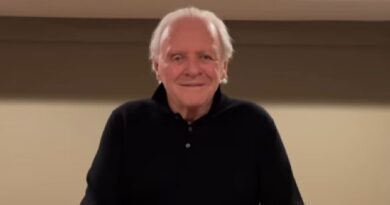 Anthony Hopkins Celebrates 47 Years of Sobriety with Video: ‘Be Kind to Yourself’