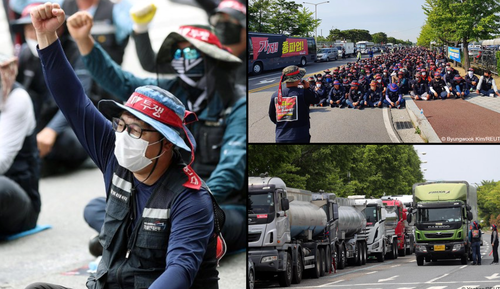 The epicenter of the next global supply chain snarl could be in South Korea as a nationwide trucker strike broadens and is hindering domestic economic activity, which may spill over to the rest of the world.

Bloomberg reports that the Cargo Truckers Solidarity Union entered its seventh day of strikes on Monday, causing $1.6 billion in disruptions for auto, petrochemical, steel, and other top industries.

South Korean steel-making company POSCO, the world’s fourth-largest steelmaker, has already limited production at some factories while the impacts are spreading across the economy.

Reuters said about a third of the union members (7,000) were striking Monday, and there is no end in sight.

Deliveries of automobiles, fuels, steel, and materials for semiconductor chips have been suspended or delayed. Continued disruption of domestic shipments and factories limiting production could have ripple effects across the globe, especially since South Korea is the top exporter of memory chips.

The strike’s impact could be more severe this week as the fourth round of negotiations between the striking truckers and government officials failed on Sunday. The union demands minimum pay guarantees and is furious about soaring diesel prices.

“We are thinking of a complete blockade,” union leader Kim Jae-gwang told Reuters, indicating they intend to block coal shipments to a power plant in Gunsan, North Jeolla Province. Reuters noted impacts to power would be limited but shows an intensification of truckers’ actions.

Signs of global spillovers are materializing as container volume transported to and from the nation’s 12 ports plunged 68% on Monday compared with the average for May, according to the Ministry of Land, Infrastructure, and Transport. At Port of Busan, the largest port in the country and the world’s seventh busiest port, inbound and outbound volumes were halved versus their average amount.

Besides semiconductors, the auto industry could be heavily impacted by the strike.

Hyundai Motor Group said Friday that partial production disruptions were reported at its Ulsan factory, with Chosun Ilbo reporting that 50% of production was halted.

An analyst at the Korea Institute for Industrial Economics & Trade, Cho Chuel, warned the strike could “worsen inflation with fewer supplies available,” adding it’s still too early to tell what economic damages will be.

South Korea could throw another wrench in chaotic global supply chains, already reeling from COVID, fallout of the Ukrainian conflict, and the mess in Shanghai. 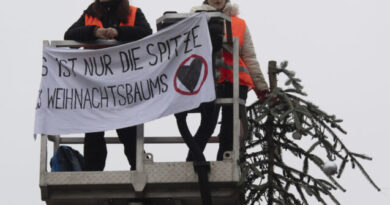 The Next Secular Bear Market May Be Upon Us