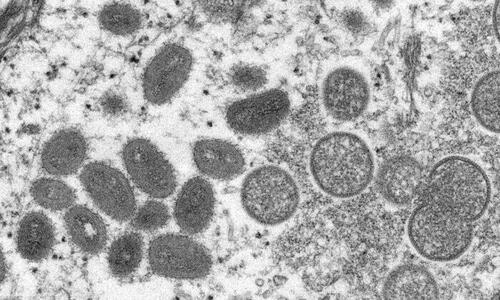 The Biden administration is working to expand monkeypox testing capabilities beyond a narrow group of public health labs, as infectious disease experts are now suggesting that testing for the virus needs to become part of routine care.

As the Epoch Times notes, Centers for Disease Control and Prevention (CDC) Director Dr. Rochelle Walensky said during a conference call on Friday that her agency is working with the Food and Drug Administration (FDA) and Centers for Medicare and Medicaid Services (CMS) to expand testing capacity to include commercial laboratories.

At present, monkeypox testing is done through a network of 69 public health laboratories, which send results to the CDC for confirmation.

So far, there have been 50 confirmed cases in the US across 16 states, while roughly 300 monkeypox tests have been administered.

“There is not enough testing going on now for monkeypox in the United States,” said Dr. Tom Inglesby, director of the Johns Hopkins Center for Health Security. “The commercial labs are used to working with healthcare providers from across the country, moving samples around quickly, reporting results quickly in a way that providers understand and expect.”

Meanwhile, as Off-Guardian notes, Monkeypox hysteria continues – with The Atlantic publishing a recent piece suggesting that Monkeypox “Could be nothing,” or “Could Be the Next Syphilis.”

Nature asks, “can the global outbreaks be contained?”

That said, there has been some pushback to the ‘dire’ sounding headlines – with the CDC declaring that it was “very unlikely” Monkeypox is airborne (in response to a NYT article claiming it can become so), and the Washington Post noting that “Number of monkeypox cases grows, but U.S. officials say overall risk is low.”

And despite monkeypox’s relatively low transmission rate, as we noted on Sunday, the Biden administration has ordered 500,000 more doses of monkeypox vaccine.

Denmark-based biotech group Bavarian Nordic, the manufacturer of the vaccines, said that the U.S. Biomedical Advanced Research and Development Authority (BARDA) has placed the order, to be delivered later this year.

“With the previous order from BARDA for 1.4 million doses of liquid-frozen JYNNEOS, awarded in 2020, this order will bring the total U.S. inventory of the vaccine to nearly 2 million doses,” the company announced on Friday. Many of the 1.9 million doses are being held by the company until the U.S. government requests them.

The 500,000 vaccine doses will be manufactured using bulk materials that are owned by the United States under previous contracts with BARDA, and are currently stored with the company.

“The majority of this bulk, however, will be converted to approximately 13 million freeze-dried doses of JYNNEOS during 2023-2025,” Barvarian Nordic said.

The “True” Inflation Rate Is 13.2% – Censorship-Resistant Price-Tracker Built On Blockchain