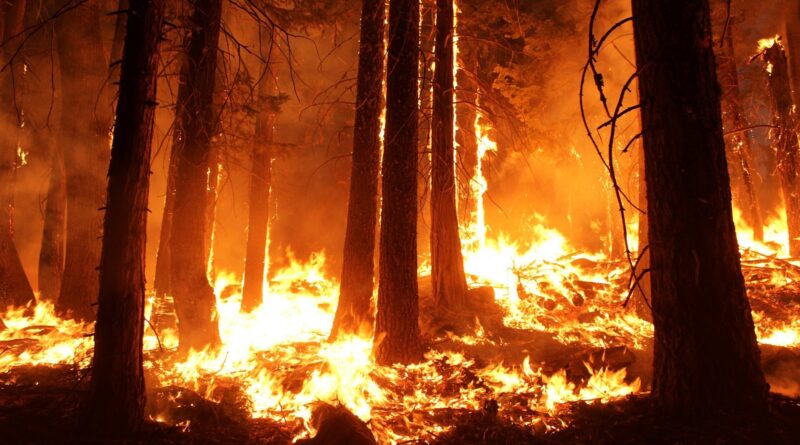 The media, politicians, and climate activists like to claim that climate change is making wildfires more frequent and larger.

The linkage is the supposed relationship between increasing global atmospheric carbon dioxide (CO2) concentration due to the burning of fossil fuels and the belief that we will suffer increased effects: hotter temperatures, more drought, and increased wildfires as a result of those two elements increasing. [bold, links added]

Here are some examples of the media pushing this:

As climate changes, world grapples with a wildfire crisis (UNEP)

In the New York Times article, the subtitle reveals the supposed cause:

“Worsening heat and dryness could lead to a 50 percent rise in off-the-charts fires, according to a United Nations report.”

Of course, the United Nations doesn’t do science, they do policy and politics, so take their claims with a grain of salt.

Fortunately, a look at real-world data can easily destroy such politically based claims.

The European Space Agency (ESA) maintains a database of wildfire areas burned, which is created from Earth-observing satellite data. Last year the ESA announced an update to the dataset to bring it back to 1982:

And here is the fun part: when you use ESA satellite data to actually do trend analysis as they suggest, there’s a surprise; there isn’t any.

Statistician Zoe Phin recently used that ESA satellite data to do a trend analysis, and had this to say:

In a previous post, Trend in Global Fires, I showed the global fire trend in the last 21 years. I found a source with more data, extending to 1982. It comes from a project funded by European Space Agency. Right here. Actual data is downloaded from UK servers, here.

Phin created this graph (Figure 1) from that ESA satellite data:

Phon added a statement of the obvious, at least to trained eyes:

“1994 is missing in their data, but that’s alright. It’s obvious that carbon dioxide has zero effect on fires. Anyone who tells you otherwise is a liar, an imbecile, or just plain ignorant. The latter can be cured.”

While many people who have followed the climate debate would be able to see the lack of correlation, it is important to visualize data from different sources on the same graph so there is no question about the interpretations.

Below are two graphs, Figure 2 from the National Oceanic and Atmospheric Administration (NOAA) Global Monitoring Laboratory/Earth System Research Laboratories website where they show Trends in CO2:

Figure 2: The graph shows the monthly mean carbon dioxide measured at Mauna Loa Observatory, Hawaii. The carbon dioxide data on Mauna Loa constitute the longest record of direct measurements of CO2 in the atmosphere. The red line represents the monthly mean values, centered in the middle of each month. The black line represents the same, after correction for the average seasonal cycle. Source: https://gml.noaa.gov/ccgg/trends/

And Figure 3 below represents graphically combined Figure 1 and Figure 2 to create a new graph, Figure 3, which is set to match x and y scales, as well as the time scale of available ESA satellite data from 1982 to 2018. Unfortunately, ESA has not provided data beyond 2018.

Figure 3: Graphically combined Figure 1 and Figure 2, with numerical values of yearly CO2 concentrations for 1982 and 2018 add to those years. Combination and scale matching by Anthony Watts, the source for CO2 data is here: https://gml.noaa.gov/webdata/ccgg/trends/co2/co2_annmean_mlo.txt

Clearly, there is no correlation whatsoever between increasing atmospheric CO2 and global wildfire acreage burned.

From 2012 to 2018, while CO2 increased relentlessly, there was a dramatic drop in global wildfire acreage burned, and the endpoint in 2018 is actually lower than when the data begins in 1982.

The lack of any sustained correlation destroys the U.N. and media claims. If CO2 was in fact the control knob for making wildfires worse, wildfires would have increased from 2012 to 2018 rather than dropping dramatically.

This data has no agenda, it simply tells the story. But media, politicians, and climate activists don’t like contrary data, because it ruins their narrative. 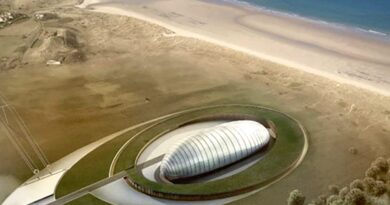 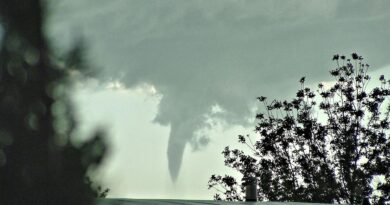